Postcards from the Weimar inflation 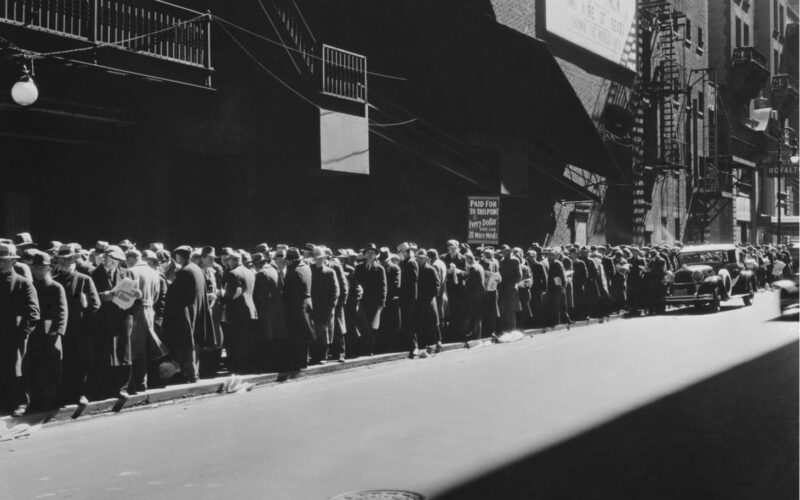 I’m busily examining your excellent emails about the inflationary 1970s and the similarities to today. Your experiences, advice and recollections about the inflation back then are fascinating. But before we can publish some of the emails, I need your permission.

The thing is, it isn’t just the 1970s that rhyme with today. And, while I wait for clearance to publish a readers’ mailbox edition of Fortune & Freedom, I thought it might be time to examine the ‘20s too. The 1920s, that is…

Luckily, we have some mail from back then too…

Anna Eisenmenger kept a diary during the onset of the Austrian hyperinflation. And the UK’s ambassador, Lord D’Abernon, provided incredibly insightful coverage of events in high political circles of Weimar Germany, as well as on the streets, in his dispatches to London. They’re two of the key sources for the book When Money Dies by Adam Fergusson.

I believe the echoes of history are about to ring rather strongly in your ears. And some of what our future holds may be revealed in the past. So, let’s take a look at what Eisenmenger, D’Abernon and Fergusson have to say…

The Germans didn’t heed the warnings either

One of the odd ironies of history is that the Germans should have been able to escape their hyperinflationary nightmare after witnessing its consequences across the border in Austria.

Anna Eisenmenger was of the Austrian middle class thanks to her investment income from government bonds. Unfortunately, these turned out to be rather less safe than expected…

When her broker informed her of her losses, she replied, “Yes, but mine are government securities: Surely there can’t be anything safer than that??” The response is one which you should take to heart: “My dear lady, where is the State which guaranteed these securities to you? It is dead.”

The reason that inflation is so insidious is that it is practiced by governments on their own people. That leaves those who believe in the government at a loss… in so many meanings of the word.

Eisenmenger also wrote of the deception of the face value of money – meaning the number printed on banknotes. The number doesn’t change, but in an inflation, that number’s meaning changes rapidly over time, and this deceit undermines all economic activity:

The State which is perpetually printing new banknotes deceives us with the face value … A housewife who has had no experience of the horrors of currency depreciation has no idea what a blessing stable money is, and how glorious it is to be able to buy with the note in one’s purse the article one had intended to buy at the price one had intended to pay.

An important lesson from inflationary periods is that they devastate the middle classes especially badly. Those living from paycheque to paycheque see their wages rise with inflation. The wealthy benefit from inflation’s side effects on debt, speculation and foreign diversification.

But the middle classes are robbed in a thousand ways. They have faith in the government that is undermining them. They have saved wealth which is denominated in currency that gets inflated away. They struggle to raise the prices of their services at the speed of their surging costs. And there are plenty more ways for the middle classes to lose.

This is why speculation spreads to the middle classes. In his book, Adam Fergusson points out a striking similarity to today:

Gambling on the stock exchange had become the fashion – the only way to avoid losing all one’s money and perhaps to add to it. Many new bankers were giving people advice, the flight from the [currency] governing all transactions.

In the early stages of inflation, this is just why all of us invest our savings instead of leaving them in the bank. But as inflation rises above interest rates, we are forced into ever riskier assets to try and save purchasing power.

As the inflation grows, the speculation gets more extreme. The quote from Fergusson reminds me of the bitcoin, tech stock and housing bubble crazes. Eisenmenger wrote in her diary how this played out for her personally:

Speculation on the stock exchange has spread to all ranks of the population and shares rise like air balloons to limitless heights … My banker congratulates me on every new rise, but he does not dispel the secret uneasiness which my growing wealth arouses in me … it already amounts to millions.

When speculation is part of preserving your wealth, and the clamour to get rid of money by buying things you don’t need takes hold, inflation has infected society deeply.

After 40 years of what economists call “disinflation”, meaning falling inflation, consumers simply don’t know what inflation really entails any longer. And it takes time for this to really ram home when inflation does begin. Unless you’re a step ahead.

But don’t worry, our own inflation will never reach the heights of Weimar Germany or Austria after World War I. As the Financial Times recently reported, the current inflation is “transitory” according to a senior Fed official. It is driven by short-term factors related to the pandemic and the reopening.

This received plenty of criticism, even from insiders like former US Treasury secretary Larry Summers. He accused the US central bank of “dangerous complacency” by assuming the inflation is transitory and interest rates won’t need to be raised. If the Federal Reserve is wrong and inflation gains momentum, the subsequent surprise interest rate hikes risk triggering a crash.

But it’s not just the money creators and interest rate fiddlers that Summers went after. He also accused the Biden administration of overdoing its fiscal stimulus. And he’s spot on with that criticism.

You see, for money printing, or rather creation, to get out of control, it must have a demand. And the only demand which, historically, has proven powerful enough to have an effect is a vast government deficit. Specifically, that means a government deficit like the ones we have now, all over the world.

That is why I’m very worried that inflation is not just transitory. The government deficits are set to continue as governments attempt to use stimulus to save us from the consequences of lockdowns.

For those of you who disagree about government deficits being the key to high levels of inflation, consider that Germany experienced a shortage of printed money during the Weimar hyperinflation. Money printing couldn’t keep up with the demand for banknotes to keep up with prices.

This is a bizarre twist on the idea that the money supply feeds the inflation. If there was a shortage of money – bad enough for the government to legalise Notgeld – then what was going on?

The answer is one we gave here. It’s government deficits which are the cause of high rates of inflation. Money printing, or creation if you prefer, is just the facilitator in this scenario.

(Bank lending booms can also trigger inflation, but banks tend to lend to productive efforts, so the economy expands as well as the money supply.)

The Germans tried this too. Their central bank – the Reichsbank – was made independent during the Weimar Republic’s episode of hyperinflation.

But it made no difference. Fergusson summed up Lord D’Abernon’s views on the matter as “giving maniacs the control of the asylum”.

The reason central bankers can’t rein in governments is that a deflationary crash is feared more than an inflation. And a drastic cut in government spending from high levels risks just such a crash.

But, over time, the inflation spirals out of control. Until it is too extreme for even central bankers to ignore.

And so I agree with D’Abernon when he wrote “it requires handcuffs to stay the hand which turns the crank of the printing press.”

Some day, once our inflation has run its course, central bankers will be prevented from making the same mistake again. How? With golden handcuffs, known as the gold standard. That is the system which nations turn to when they no longer trust central bankers and politicians to manage the nation’s money.

Of course, this time could be different. Because there’s a new kid on the bloc. Cryptocurrencies offer an alternative to the government mismanaged financial system.

﻿My friend and cryptocurrency expert Sam Volkering has identified a particular moment when this new alternative system could experience a peculiar shock to its momentum. You can sign up to his free online event, which reveals the nature of this moment, here.

﻿Funnily enough, it could be inflation and the breakdown of the financial system which forces cryptocurrencies to boom.

﻿That makes crypto a great inflation hedge. And explains why you should sign up to Sam’s free event here now.