How inflation gets out of control 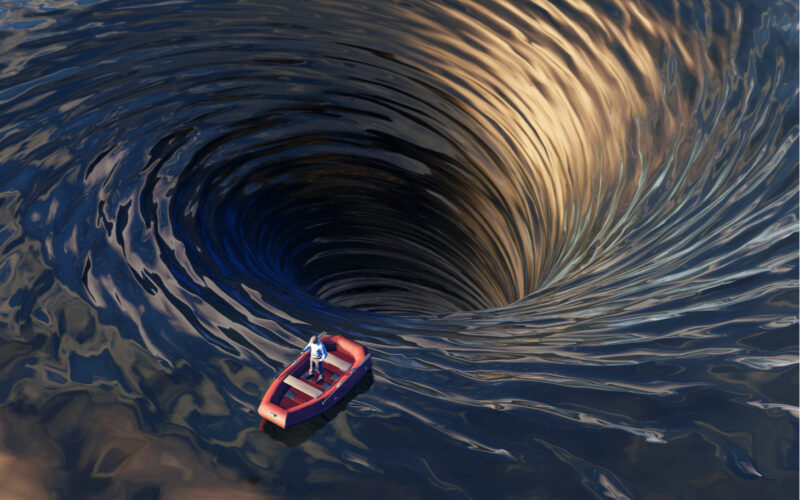 Friday’s examination of inflation explained how I saw inflation coming in July last year. Today we look at what happens next. Will inflation run out of control, or will it be reined in?

The obvious place to look for answers is of course what happened in the 70s. During the Gold Summit, our publishing company’s founder Bill Bonner reminder viewers that the fiat currency system already had an inflationary near-death experience back then, when it had barely been born.

Once the US dollar went off the last remnants of the gold standard, inflation kicked off and escalated, as some of you will remember. But the system was rescued by Ronald Reagan, Margaret Thatcher and, most of all, Paul Volcker. The chairman of the US Federal Reserve was willing to impose a severe recession with high interest rates in order to bring inflation back under control. He was burned in effigy, literally.

Bill Bonner explained why this is not on the cards for the 2020s in his Gold Summit speech.

Today we look into what happens when you don’t have a Volcker to get your house in order. What would’ve happened in the early 1980s without him.

In fact, the precise nature of the problem is that we don’t have a Paul Volcker.

Nor do we have a German constitutional court that is willing to actually enforce the rules on the European Central Bank’s monetisation of debt.

In other words, it’s the willingness of central banks to go along with their political masters at the respective Treasury/Finance Ministries which causes inflation to escalate out of control.

But first, consider the counterfactual. Governments which cannot turn to the metaphorical printing press (i.e. to create money through quantitative easing, known as QE) are forced to get their financial houses in order. This is the underlying source of much of the pressure in Europe, where monetising deficits is supposed to be out of the question.

Greece and its fellow countries in crisis (i.e. Portugal, Italy, Ireland and Spain) had to impose austerity after 2009 because their governments couldn’t print/create their own money. They had to rein in spending.

But when central bankers are willing to print money to finance governments, high inflation is extremely likely to unfold. Here’s how I explained it in a recent issue of Gold Stock Fortunes:

Thomas J Sargent was the economist to expose a crucial moment, which the world’s governments may be approaching today. It is the moment when inflation goes from being [Milton] Friedman’s “monetary phenomenon” to being a different beast altogether. And when it does, we get inflation in the consumer price index. A lot of it.

And, crucially, out-of-control government deficits are a demand which central bankers cannot refuse without risking a sovereign debt crisis. They must print money to finance the government, or it will go bust. At that point, central bankers are just the willing Igor to Dr Frankenstein, as Weimar Germany’s central banker Rudolf von Havenstein found out the hard way.

“A recent winner of the Nobel Memorial Prize in Economics, Thomas Sargent, did just this in a study some years ago. He looked at some of the twentieth century’s most severe hyperinflations and examined the full range of policies that were implemented to try to restore currency stability.

What he found, interestingly, was that quantitative factors, such as growth in the money supply, for example, were relatively less important than qualitative actions that demonstrated a clear commitment, on the part of policy makers, to restoring stable money.

Of particular importance was action on the fiscal side, due most probably to the fact that central banks, even those ostensibly highly independent, have historically come under enormous pressure to accommodate large government deficits with future, if not present, monetary expansion. As such, running a tight monetary policy alongside a highly expansionary fiscal policy is not considered a sustainable, credible situation. Action on the monetary front alone thus cannot end hyperinflation once it is under way.

[…] Hyperinflation, while naturally associated with high rates of money supply growth, is thus understood by Sargent to be more a fiscal than a monetary phenomenon, in terms of both how it begins and how it ends.”

My fear is that the pandemic will lead some governments to approach the point where the public begins to doubt their fiscal credibility. We’ll realise that the deficits are out of control and the monetary financing will have to continue even if inflation emerges.

I called it the Counterfeiter’s Curse – where central bank money printing gets you. In 2009, central bankers unlocked Pandora’s Box by making QE politically acceptable. Now, politicians are using it to rescue themselves instead of just the banks.

But is the UK really on course for high rates of inflation?

Well, I’m not completely convinced. The forces offsetting inflation are incredibly powerful too.

But here’s the distinction I’d like to make for investors.

Financial markets, including the people in them, are not prepared for inflation. They have not encountered significant increases in inflation in a professional lifetime. Recency bias – the human flaw which makes us believe the familiar is more likely to occur – is at work.

This means the potential for a major inflationary shock, which does run out of control, really is on the table. In other words, the risk is being enormously under-priced by financial markets.

This is most evident in bond markets, where returns are well below inflation as it stands today. For this to correct, bond prices would have to fall (and bond yields would correspondingly rise), far and fast. Given bonds are a crucial investment for many large financial institutions, this could be disastrous.

As I warned Gold Stock Fortunes subscribers, it is far more likely that inflation will be allowed to run hot while the governments continue to finance governments in bond markets, disguising the collapse by keeping bond prices high.

That means investors, especially in the middle classes, will be the ones wiped out under the coming inflation. That’s what happened historically too. The wealthy are much better at protecting their wealth.

In recent months, many investors have turned to bitcoin as an escape hatch.

Now, in recent days, this new asset has been subject to a pullback.

But my colleague, early crypto investor Sam Volkering, has uncovered a potential bitcoin price trigger. One that most people aren’t paying attention to.

Sam is holding an exclusive broadcast next Thursday 27 May, to reveal all his findings.

Including what this this crucial moment is, and precisely when it could take place. (“Just days away”, he says.)

And he’ll also reveal his #1 way to play a new crypto boom – completely free of charge.