The real inflation hasn’t even started 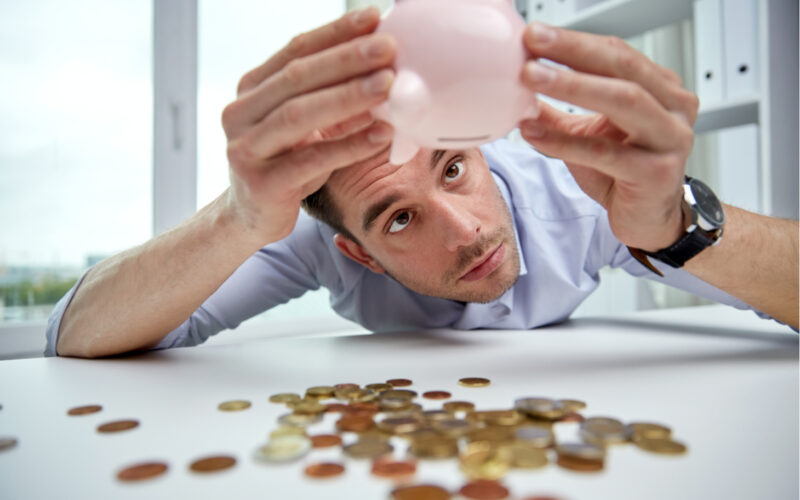 Welcome to day three of our series on inflation. In day one we looked into how I saw the inflation spike coming way back in July. In day two we delved into what it takes for inflation to spiral out of control. Today, I want to go down an inflationary memory lane, and address whether inflation really is “transitory,” as central bankers are reassuring us.

So, let me ask you, does the following combination of jobs data and inflation sound familiar…?

A few weeks ago, the Financial Times reported “The April jobs report, which showed the US economy adding 266,000 positions last month, sharply lower than its pace of 770,000 jobs in March, was far weaker than projected by most economists.”

CNBC had the inflation figures for April: “The increase in the annual headline CPI rate was the fastest since September 2008, while the monthly gain in core inflation was the largest since 1981.” But it was producer prices which really spiked, up 6.2% relative to April 2020.

So inflation spiked while very few jobs were added…

What an odd combination! Aren’t inflation and jobs supposed to be related somehow?

Next consider energy news, also from CNBC: “Energy prices overall jumped 25% from a year earlier, including a 49.6% increase for gasoline and 37.3% for fuel oil.”

It’s not just prices though. There were gasoline shortages in parts of the United States’ East Coast. In fact, as Bloomberg reports, “The World Economy Is Suddenly Running Low on Everything”. Commodity prices are surging. This is especially true of “Dr” Copper, which has a PhD in predicting inflation.

Then there are the out-of-control government deficits, with plenty more spending to come. I have more to say about that in a moment.

Luckily, the UK’s prime minister provided a clear explanation to the world what was going on:

Wait a minute! That’s not a recent quote. It’s from a 1976 speech from James Callaghan!

And yet, it describes what’s happening today.

It was also the age when stimulus spending from government was exposed as a bad idea. As was monetary expansion. But we’ve forgotten both lessons.

Matthew Lynn highlighted the similarities of what’ll happen next, in the Telegraph:

The President and his team are about to re-learn some hard lessons from the 1970s and 1980s. Other than in exceptional circumstances, when there is a genuine collapse in demand, the government cannot spend its way to higher growth.

All that happens is everyone adjusts to the stimulus, and that cancels out any gains. We are already starting to see that play out. Biden’s ambitions are going to end in spiraling inflation, or a juddering U-turn. With luck, it will be the latter. One thing is already clear: we won’t see a sustained recovery in growth.

There is no questioning the scale of Biden’s spending plans. Biden has launched a spree the likes of which has not been witnessed since Lyndon Johnson’s Great Society and the war in Vietnam, in the 1960s, and arguably not since the wartime economy of the 1940s.

The American Jobs plan will get $2 trillion to fix the country’s roads, railways and bridges. The American Families Plan will get $1.8 trillion to fund childcare and education. Cheques are being mailed to every family earning less than $100,000 a year, while an industrial strategy will get another few hundred billion to rebuild the nation’s manufacturing base.

Some of Biden’s stimulus cheques, known locally as “stimmies”, inexplicably arrived in Japanese mailboxes and caused chaos in Tokyo banking halls when people tried to cash them in.

“I felt grateful and I thought America was amazing,” said a 75-year-old pensioner from a Japanese trading house, who worked in the US in the 1970s. He received a $1,400 stimulus cheque this month.

Given he worked in the US in the 1970s, he really should know better about the consequences…

My question to you is, does all of this seem a little familiar? And are you expecting the 2020s to be like the 1970s?

Let me know, with permission to publish your email under your initials only: [email protected]

But before we go on with this inflationary series, there’s something we need to make completely clear…

This isn’t even inflation, yet

Sure, consumer price indices are surging. In the UK, inflation more than doubled in April. But rising prices are not necessarily true inflation. For a simple reason: prices can rise for all sorts of reasons. But inflation is only one of them.

Consider, for example, just hypothetically speaking, if the world experienced a pandemic and many nations went into lockdown or isolationism. This would have a severe effect on the supply of particular goods, making some prices rise. Similarly, when the pandemic and lockdowns end, demand spikes at a time of fallen supply. Again, prices rise.

That is not inflation, even if it is measured as such. It’s just supply and demand, doing its thing.

The distinction is important for many reasons. For one, if central banks try to rein in inflation that is really just supply and demand shifting, this creates dangerous distortions.

The supply and demand system of a free market functions through prices. Prices decide what gets produced, where, how, for whom, by whom, at what cost and every other question facing our economy, as if directed by an invisible hand.

That invisible hand is really just the profit motive, which is all about prices. All the information needed to allocate resources in our economies comes down to that one guiding and deciding factor of prices.

This is why communism and socialism fail, by the way. They don’t have prices, so economic allocation questions become impossible to answer rationally. But that’s another story.

If prices are meddled with by central bankers, you get misallocations in the economy. The people in the economy make irrational decisions, misguided by the false prices. Central bankers trying to offset deflation from technological progress might keep interest rates too low, inflating a housing bubble, for example.

Or, as is more relevant to today, if central bankers raise interest rates because inflation is spiking, but the reason for the inflation spike is supply and demand shifting after lockdowns and a pandemic, then central bankers could undermine a recovery.

This is what the economist Milton Friedman meant when he argued “inflation is always and everywhere a monetary phenomenon”. Sure, prices go up and down, but that’s often supply and demand reshuffling the economy.

True inflation is rising prices caused by monetary factors. It is the falling value of money, not the price of things going up due to supply and demand. Don’t confuse the symptom for the disease.

Yes, of course central bankers have been busy fiddling with monetary factors. To a record extent. More on that tomorrow.

My point here is that we don’t know whether the inflation spike around the world is just the economy sorting itself out after the biggest government interventions since the world wars, or if it really is a monetary phenomenon.

Right now, central bankers are arguing that inflation is “transitory”. They believe the price spikes are from one-off pandemic factors. That argument is at least plausible.

Tomorrow, we dig into what’s wrong with it.

PS If there’s one asset that’s performed extraordinarily under the threat of inflation… it’s bitcoin.

And it’s no wonder. Unlike fiat currency, the government can’t print as much of it as they like.

There will never be more than 21 million bitcoin. Its supply is capped.

In many ways it is fiat currency’s antithesis. Its opposite and equal.

And according to world-renowned crypto investor Sam Volkering, bitcoin could be on the cusp of a “mainstream moment”. One that the vast majority of people are ignoring.

He’s going live with his findings this Thursday at 2pm.

If you’re interested in crypto, you do not want to miss it.