What do Fortune & Freedom readers think about Covid vaccines? 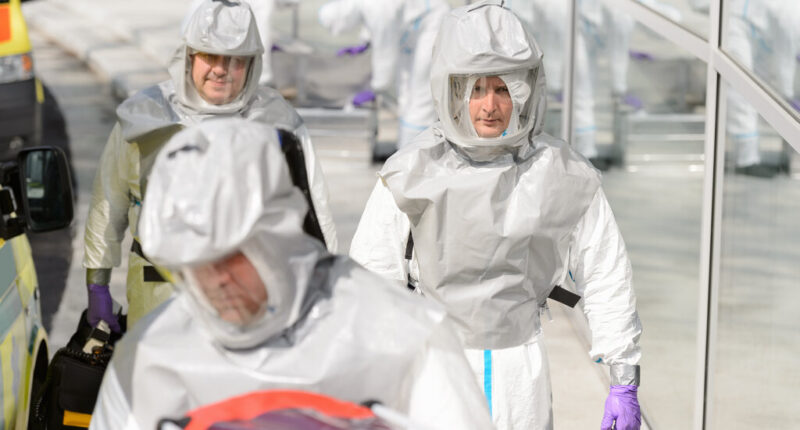 Last week, we published a reader email about the Covid vaccines. A few of you responded. And, happily, the responses were just as thoughtful as the original comments by A.S.

To be clear, we’re not endorsing or verifying any of the views below. But they are interesting…

The interesting email from A.S. about Covid 19 hesitancy justifies a response.

Although I agree that trust in the Government can be difficult to support I think that the Covid19 vaccination debate comes down to the answer to the single following question:

I firmly believe that the benefit of Covid19 vaccination greatly outweighs any other risks. This is especially so within the older population and black and minority ethnic groups.

The vast majority of Medical and Scientific qualified professionals present an unbiased opinion about health and well being. The evidence, regarding Covid19 infection and vaccination, accumulated after many months of research and analysis worldwide, is independent of any specific Government bias.

It is inconceivable to me that a worldwide consensus supporting Covid19 vaccination, with strong scientific supporting evidence, can be incorrect.

Yes, the reaction to exposure to Covid19 is normal, but normal can include a high rate of mortality.

Consider the historical mortality and morbidity rates from, for example, Smallpox or Diphtheria or Tetanus, prior to vaccination for these diseases.

Look at the worldwide, multi million, deaths from the so called ‘Spanish ‘Flu’ at the beginning of the last century, prior to a successful Influenza vaccination programme.

To risk death or chronic morbidity from Covid19 because of a feeling that the vaccination policy ‘stinks’ and ‘just feel that it’s wrong’ is a surprising conclusion.

I agree about the way you are making your decisions – weighing the risks of the two options. Too many people only focus on the one side of the analysis, although which side varies.

I do find your faith in what’s being presented to us as science surprising given the history of the Spanish influenza and swine flu vaccines, not to mention the drama over the origins of Covid-19. Trump derangement syndrome is just as contagious among scientists as among non-scientists.

The number of nations which are not using various vaccines for various groups of their population is growing, because our understanding of the risks is growing. Similarly, different nations are not recognising different vaccines. The differences between nations’ policies highlights the continuing uncertainty over the science.

To be clear, it seems to me that both sides of the debate are highly uncertain. That’s what makes all this so fascinating!

As always you have sent a thought provoking mailing headed by the question (brief but naive) Do you trust the Government?  A complicated question which in detail requires a long and complicated answer – which I do NOT propose to give! All I will say is that depending whether you have the government for whom you voted or not, it’s a bit like the curate’s egg – trustworthy in parts.

My main reason for writing is the letter from A.S. – who by his own admission is a success in life and is obviously pretty bright.  Alas I have no scientific background and dare not comment on my intelligence, but tend to follow the advice of any government providing it appears to be logical, and that failure to do so would be unfair to my fellow citizens.

To someone with a non scientific background certain scientists with impressive CVs gave what seemed to me pretty compelling facts to advocate becoming vaccinated. It persuaded me – the scientifically ignorant – to do so, and mentally I feel relaxed in my advanced years having done so.

The evidence which persuaded me to take it also persuaded me on two things:  1) It may be likely that someone not vaccinated is more likely to get the virus, and 2) if they get it will pass it on to others, hence the accusation levelled at antivaccers of selfishness. Possibly had we been a nondemocratic state it might say, “if you are of an age at which vaccination is available and recommended, and you refuse it and you catch the virus – please do not attend an NHS hospital, but take yourself to a private hospital and pay for both your principles and your selfishness!”

But luckily, that is not the case so if you are right you could be merely trotting round spreading the virus, and if you are wrong suffering unpleasantly (two of my close relatives experienced it, and were pretty ill) and languishing in an NHS hospital being lovingly cared for by a diligent staff. So continue Mr A.S. to cling on to your principles.

My understanding is that it has been established that those who are vaccinated – and nevertheless infected with Covid – are just as contagious as people who are not vaccinated. The point being that the science justifying the vaccination has radically changed already. And it will continue to change. How is uncertain…

Having read one of your Covid vaccine response from A.S I have to say I absolutely agree with everything they have said! They have mirrored my thoughts exactly.

They are totally correct in that the UK has started a militant campaign of hatred towards “anti vaxxers”. A name that is given to all of us who have refused the Covid jab but have had all previous immunisations such as mmr, tb etc.

I myself have mainly refused it for now because my wife and I had text messages from our GP asking if we’d like to be part of the Covid 19 vaccine trials (please see pics attached). One in October 2020 and one in May 2021.

You’ll notice the October 2020 text stated they want volunteers for 6 jabs over approx 1 year meaning that trial probably hasn’t even finished yet. This to me would certainly seem to prove that it is still a trial medical product not fully tested. I have also attached the PDF Pfizer data sheet for clinicians. In section 4.5 (interaction with other medicinal products) it clearly states “No interaction studies have been performed.”

Your reader A.S is very much correct in that it basically comes down to trust. When the UK government employs tactics involving coercion and start telling the population to snitch on one another any trust is gone. Globally there seems to be a desperate attempt to implement vaccine passports which is simply about control.

Can I also point out that credible scientists such as Carl Heneghan (professor of evidence-based medicine at Oxford) have been censored this last year for having the wrong view despite the fact his qualifications and position afford him the right to have any opinion he wants. When credible people like him start getting censored something is very very wrong.

My trust has now totally vanished when they want to give children as young as 12 who are at very low statistical risk a trial medication. Even worse removing any parental consent.

I am not a Covid denier, I know full well it exists and am well aware of the various statistics for different age ranges etc but as your reader A.S has summed up…this response just is not normal. The general behaviour, the distortions of statistics, the hostility, the sheer amount of money and debt, the fact they have damn near destroyed the NHS and left enormous backlogs that will be near impossible to recover from. The fact there has been this delusional attitude pushed that Covid is the only thing that can harm you now. My gut instinct, which very rarely steers me wrong, is telling me that none of this adds up.

It certainly adds up to something! But what?

If you ask me, the only honest answer is, “I don’t know,” and so any real disagreement is a bit pointless. Time spent trying to understand everyone’s views is a much better pursuit.