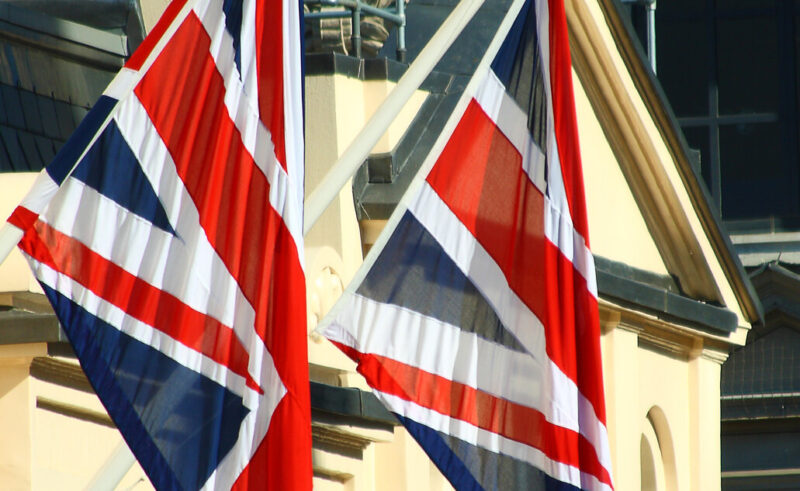 Have you heard of Taproot? Well, in a few months’ time you’ll probably wish you had. Unless you join my friends Boaz Shoshan and Sam Volkering on Wednesday. They’ll explain what it is and why it matters. And we’re not talking small fry.

But for today, it’s time to dig into the reader mailbag. Our coverage of the vaccine… debate… elicited a lot of… less than useful replies. From all sides. You’ll find one of the more thoughtful emails below. Apparently, you can boil the whole thing down to one question: do you trust the government?

But events have overtaken us – and the big story has moved on. Inflation and the energy crisis are now scarier than the pandemic making a comeback.

And so, to our first reader mail…

If the perception (from ‘transitory’ to ‘persistent’) does change, what impacts will that have on markets?

“Transitory” is deliberately vague. The Federal Reserve, which is the US central bank, publishes something called the dot plot. It shows when various central bankers expect to raise interest rates. Presumably, between now and “liftoff”, you would expect inflation to moderate and then rise.

The trouble is that the dot plot is effectively useless given how data dependent the Federal Reserve is. Ironically, any forecast the Fed makes tends to affect the collective view of the market and thereby makes the original forecast irrelevant.

When policymakers are so central to market forces, they cannot speak clearly, because the market would move too much. Investing has become a game of trying to figure out what central bankers are saying. Hence the question the reader has.

But the underlying point is that raising monetary policy on an economy for which inflation will naturally return to low levels is a little pointless, if not dangerous.

But that’s the topic of my upcoming monthly issue of Gold Stock Fortunes.

A bit confused about the seemingly regular sharp drops in the gold price. Another $30 one today, explained by pundits as a response to an indication from the Fed that they would be tapering QE. Two questions:

The taper tantrum a few years ago was in response to a surprise taper announcement. This time, central bankers are being much more careful to signal well in advance when they’ll taper. This action is also promised to be dependent on how developments in the meantime. Developments which include the market’s reaction to the announced taper.

The real issue remains what central bankers will do when they face both inflation and poor performance in the economy, or in the government bond market. What are their priorities in the end? Who will they save – their friends’ political careers by bailing out the government, or the value of your money by restraining inflation?

As for the gold price, it tends to outperform after crises and during periods of “tightening” monetary policy. The key twist is one I can only reveal to my subscribers, but the quotation marks in the previous sentence are a big hint.

On another note, I received a fascinating email a few weeks ago about vaccination hesitancy. I’m wondering how many of you agree…

I, and my family, are ‘unvaccinated’. Why?

Every single part of the answer relates back to one single question – and very relevant to your newsletter about finance just as much as anything else – “Do you trust the Government?”

In an ideal/perfect world, the Govt acts in all our best interests, without bias, external influence or agenda. In that situation you can trust the Govt (ignoring incompetence for the moment).

However, we know this is most definitely not the case. The lobbying industry is one of the largest industries in the world. There are countless wealthy and controversial individuals & organisations with their own agenda that clearly successfully influence Govt policy away from OUR interest towards THEIR interest. You don’t even need to go down the route of ‘conspiracy theory’ to know this – “Big Pharma” obviously being one.

We are being asked to take a decision to literally risk our life based on the Govt’s advice about either ‘Covid’ or a vaccine. Would I trust the Govt with my life?

I only need to hark back to the Gulf War (WMD’S, “45 minutes” etc.) to answer that for you. Governments have, throughout history, lied, obfuscated, manipulated. The British Govt even set up the SPI-B to ensure mass compliance through various psychological techniques last seen in the 1930’s.

Ally this with the fact that there are countless red flags of suspicion related to Covid:

And finally, the media campaign to call people like myself ‘anti vaxxers’, ‘selfish’, ‘Covid deniers’ – which is, frankly, insulting to someone who has been extremely successful in life, intelligent, educated – and from a scientific background.

Most of us are NOT ‘anti-vax’, we are anti this Covid vaccine for many sound reasons. We are NOT ‘Covid deniers’, we don’t believe Covid is as dangerous as is being touted. All in all – reactions to Covid are just not ‘normal’.

My wife and I said 18 months ago, instinctively, ‘this stinks’. Nothing since has changed our minds and, in fact, every element of evidence since has grown that feeling. Something about this so-called pandemic is ‘wrong’ and millions of us globally have recognised this. What nobody can agree on is specifically what – what is the agenda? That’s where conspiracy theories have found fertile ground. I don’t know – I just know it’s ‘wrong’ and therefore not going to risk my life because that ‘trust’ in the Govt is long gone.

So, just thought I’d let you know that most of us unvaccinated have very sound, justifiable reasons and they primarily come down to that one, single question: Do you trust the Government?

Based upon the premise of so many of your articles in that regard…. I’m surprised this hasn’t occurred to you!

Enjoy the articles, by the way, keep them coming.

As we discover more and more about the origins of Covid and the first few months of the pandemic, during which time the Wuhan lab leak theory was ridiculed simply because President Donald Trump had espoused it, for example, I think A.S.’s reasoning about “do you trust the government” is sound.

Over time, we will make more and similar discoveries.

If you don’t trust the government, make sure you tune into Sam Volkering’s presentation next week.

By the way, these aren’t the only reader questions that got an answer. Nigel Farage recently released his first Question Time video, where he answers your questions in person. You can find the video here.

person Nick Hubble
schedule 15 October 2021
The old spectre of higher interest rates is back in the news. Not despite the energy crisis, but because of it. But, it’s not that…

person Nick Hubble
schedule 13 October 2021
Today, I’d like to dig into what I believe is a financial sleight of hand which politicians have pulled on you, in the hope that… 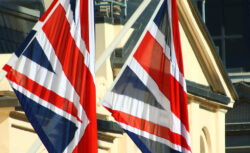 person Nick Hubble
schedule 11 October 2021
Have you heard of Taproot? Well, in a few months’ time you’ll probably wish you had. Unless you join my friends Boaz Shoshan and Sam…

Why you can’t get petrol, despite Brexit