Central banks have grabbed the bond market by the tail 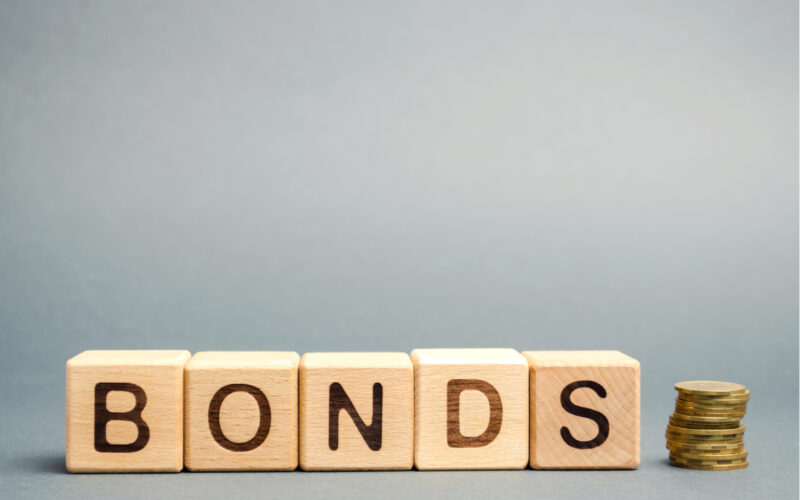 Our coverage of the carnage in the bond market continues today. At the start of November, I told you about the Australian bond market’s turbulence. And we asked whether this was a canary in a coal mine. Now, as the title of this report indicates, we have another metaphor in mind.

Since then, there has been drama in the UK, Canadian, US and other bond markets. As you’ll see, the UK is the most interesting of all, not just the most relevant to you.

But first, why does the bond market matter at all? Well, bond markets are far more important than stocks for a long list of reasons, not just their greater size.

Companies are the same – they use bonds to finance themselves. And when they go bust, it’s the bond market that drives them over the edge. Higher interest rates raise the risk of this occurring, or just hurt profitability.

Mortgages are directly or indirectly tied to bond markets too. This is something that UK and Australian borrowers found out the hard way recently. More on that follows below.

Central banks use the bond market to impose their monetary policy. It’s where most of the famous quantitative easing takes place, for example.

Currencies’ values are partly determined by the return that investors can earn by holding those currencies, which is easiest to pinpoint with the local interest rate that is set in the bond market.

And a huge swathe of our collective pension wealth is invested in bonds, even if we’re not aware of it. That is not to mention the vast holdings of bonds by the likes of banks and insurance companies.

So, chaos in the bond market would mean chaos just about everywhere else in our lives.

The thing is, that’s no longer a hypothetical situation…

UK and Australian mortgage borrowers are already aware of how much the bond market’s machinations can hurt. The Telegraph reports, “Homeowners suffer soaring mortgage costs – but banks leave savings rates at record lows” and “No savings accounts beat inflation”. That’s an odd combination of headlines – until you understand what’s going on in the bond market.

What actually triggered the recent shift in bond markets and banks is especially fascinating.

Andrew Bailey, the governor of the Bank of England, had repeatedly warned about needing to raise interest rates to rein in inflation. But when the time came, the anticipated rate hike didn’t materialise. This surprise, like the Australian one, caused quite a bit of havoc, and not just in the bond market.

The Financial Times reported on the consequences:

[Pound] Sterling fell 1.5 per cent to $1.352 after the announcement, its weakest level against the US dollar in five weeks. Short-term UK government [debt] staged its biggest one-day rally since March last year, pushing the two-year bond yield 0.21 percentage points lower to 0.48 per cent.

We’ll focus back on bonds in a moment, but first, consider the reaction in the Daily Mail:

Is the Bank of England Governor who cried wolf over interest rates the right man for the job? MPs and City figures voice concerns as inflation storm clouds gather.

Critics questioned whether he was the right man to lead the Bank after a ‘big communications failure’ on interest rates prompted lenders to raise mortgage costs unnecessarily.

But notice that “raise mortgage costs unnecessarily”. Banks got away with raising interest rates when the central bank didn’t, and the bond market’s yields actually fell. That’s not ideal, unless you’re a banker.

Bloomberg’s discussion of the market drama focused on the financial sector’s perception:

Investors are blaming the Bank of England for creating the very conditions it blamed for its communication flip-flop this week.

“A deterioration in liquidity conditions meant that it had become more difficult to infer a central path for policy expectations,” Monetary Policy Committee members said in minutes from the decision on Thursday. But that illiquidity was a result of uncertainty over the BOE’s own policy position, analysts said.

The central bank’s decision to keep interest rates on hold sent gilt yields and the pound sharply lower. It came just two weeks after Governor Andrew Bailey said we “have to act” on quickening inflation, cementing investors positioning for a rate hike.

“The cause of the market illiquidity was poor communication, which meant that they could not accurately infer market expectations,” said Peter Chatwell, head of multi-asset strategy at Mizuho International Plc.

“I would suggest a thorough review of the communications policy is overdue and is something that would benefit the U.K. public,” he said. “After all, it is the tax payer and the U.K. real economy more generally, which suffers from the excess volatility that these difficulties have caused.”

Yes, someone must pay when there’s bond market volatility.

In another article, the Daily Mail described the response from the Bank of England to all this chaos:

Inflation will pick Britons’ pockets for two years: Bank of England governor APOLOGISES as he warns families will be ‘hit hard’ this winter and will be almost 2% worse off by 2023 while higher energy prices could become permanent

Andrew Bailey said he was ‘very sorry’ as forecasts suggested inflation could spike as high as five percent.

So, in the end we were left with a devalued pound, higher mortgage rates, instability in the bond market, a bout of inflation and an apology.

All this shows how instability in the bond market can wreak havoc. After all, central banks seek to influence and control bond markets, not completely rule them… yet.

But the Bank of England’s governor is not the only one struggling with how to tighten monetary policy. Central bankers are in a real pickle over how to normalise their extreme policies of the last year… well, it’s been almost two years now. Or twelve years, you could say, given the 2008 crisis.

But it’s not as if central bankers are elected. And the only thing they really need to fear is the bond market. The one which they appear to be losing control over.

The action which the Bank of England unleashed in UK bonds, known as gilts, with its phantom rate hike quickly spread, as another Financial Times article explained:

The ensuing rally in the gilt market, as traders unwound their bets on UK rate rises, also jammed yields sharply lower on eurozone bonds and US Treasuries.

The episode highlights how a clutch of smaller central banks — most notably the BoE, but also the Bank of Canada and Reserve Bank of Australia — have recently found themselves in the unusual position of dictating moves across the world’s biggest bond markets.

“We’ve seen on a number of occasions now that these central banks that are usually on the fringes of global markets have been in the driving seat,” said Rabobank rates strategist Richard McGuire. “It’s definitely the tail wagging the dog.”

Well, I disagree about the tail wagging the dog. Australia’s bond market isn’t making others move. Neither did the UK’s. Instead, this is about exposing how fragile bond markets are.

Australia’s drama really was – as noted above – like a canary in the coalmine. And, since then, the spotlight has started shining on Canada and the UK – exposing just how quickly things could go wrong elsewhere.