Did the bond market crash just begin, down under? 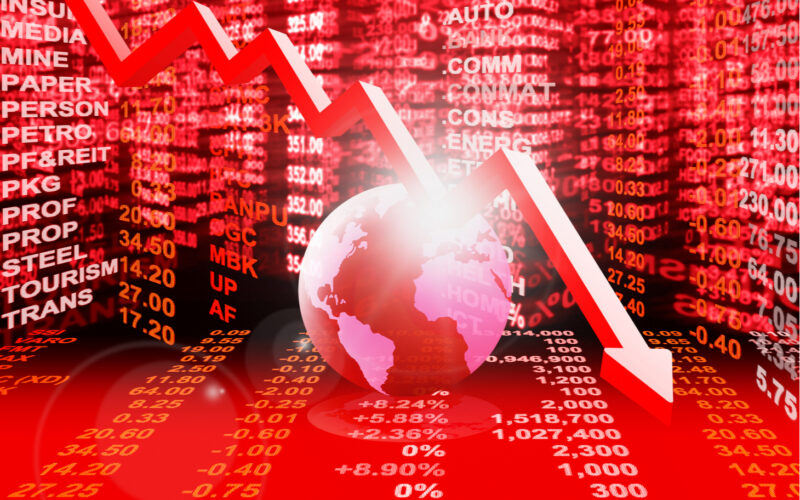 Most investors don’t pay attention to the bond market, despite the fact that it’s much larger than the stock market. That’s not to mention that the bond market pays for most of what we do every day. It finances our governments, companies and a good chunk of our pensions and insurance companies’ assets are invested there too.

In other words, trouble in the bond market means trouble… everywhere. If stocks plunge, we lose wealth. But if the bond market were to freeze up, well, the energy crisis would look boring.

So, when a canary drops dead in the bond market, it’s worth paying attention, even if the bird in question fell off its perch in Australia.

This sign could cause a global panic as the rest of the world wakes up to the potential for their own bond market chaos. Not every nation would be able to weather such a shift as well as Australia can.

Unfortunately, the mechanics of this are a little complex. That’s why people don’t pay attention to the bond market, after all. But what happened could be as important as sub-prime mortgage securitisation proved to be in 2007. So, let’s dig in…

First up is the market action. Australia’s two-year bond yield more than doubled on Thursday after the Reserve Bank of Australia (RBA) declined to buy two-year bonds.

What does this mean? Well, if the Australian government were to borrow money for two years, the interest rate they’d likely have to pay doubled in a single trading session.

Can you imagine if your mortgage rate doubled? Do you think the UK government could afford its interest bill doubling? Could the Italian government?

This is a simplification, because there are many other factors involved. For example, the government doesn’t borrow and repay its debt. It keeps borrowing more and more, using new debt to pay off its existing debt. It is constantly refinancing, in other words. And some of that old debt actually has a higher interest rate than the current financing conditions.

But the underlying risk is the same. The potential for interest rates to suddenly spike is now no longer a theory.

How rare is this doubling in the Australian bond market? Put another way, how much of a surprise and shock is it?

Zerohedge calculates that it’s a five-sigma move, which is supposed to happen one day in every 13,932 years. In other words, it’s the biggest surprise for the Australian bond market since the Lehman crisis.

What’s the explanation for why it happened?

Well, Australian bond yields have been rising recently, and fast. Traders expected the RBA to intervene by buying some of the bonds and stabilising the market. When they didn’t, the sell-off turned into a rout.

This signals a change in the policy to enforce stability during the pandemic. The RBA had promised to keep a lid on bond yields during the crisis in order to support government spending and the economy. They promised to keep interest rates low, in other words.

The implications of the recent move are that, if the two-year bond yield is not being pegged any more, neither are other bonds. And that implies higher interest rates might be imminent right across the economy.

Now, a huge swathe of Australian mortgage borrowers were promised that interest rates wouldn’t go up until 2024. Prominent local economist Neville Norman criticised this promise in the Australian Financial Review in June:

The Reserve Bank of Australia’s (apparent) promise not to raise interest rates within its control until 2024 may go down as one of the most limiting, and damaging, public-policy pronouncements, ever.

Limiting, because it ties the hands of our main maker of interest rates, constraining its policy responses to future unknown developments, for at least 2½ years ahead, by its own (avoidable) words.

The bond market action suggests that the RBA is untying itself in preparation for breaking its promise.

How do you think Australian mortgage borrowers will fare at the prospect of interest rates rising when they were promised they wouldn’t?

But the bigger story is international and whether the Australian bond market is a sign of what’s to come elsewhere. Because, if it is, then governments which are not in a stable financial position could go bust as rates rise.

The impetus for the uncertainty is inflation, which is surging globally, including Australia. Central banks are supposed to tighten policy in order to rein in inflation. But it seems that governments rely on loose monetary policy to finance their deficits.

Which will the central bank prioritise? Financing government or fighting inflation?

The RBA is signalling that fighting inflation is top of the agenda. But the Australian government is comparatively stable, financially speaking. It doesn’t rely on the RBA’s financing in the way that other nations’ governments do.

My conclusion is thus a bit nuanced. Central banks might be able to tighten policy. And they might begin to do so soon, even in places like Europe. But they can’t do it to an extent that actually reins in inflation, because there is too much debt in the system. This means they will stay behind the curve, allowing inflation to get out of hand.

Consider, for example, that inflation is expected to hit 4% in the UK. Do you think interest rates could be hiked to, say 5% to bring it under control? Or would that trigger financial chaos for borrowers of all sorts?The irony is that even small interest rate increases, which don’t even rein in inflation, could trigger defaults on bonds – what I warned about above.

Thus, we’re in a place that can be described as the worst of all worlds. We might get both runaway inflation with the risk of a 2008-style crash, at the same time. Not to mention stagflation.

Central banks find themselves in no-man’s land. They can’t raise rates enough to constrain inflation without triggering a debt crisis.

There is only one asset which outperforms in both types of crisis: gold. The main question, in my view, is whether bitcoin will do even better. 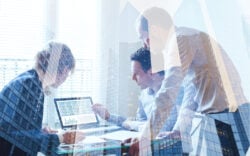 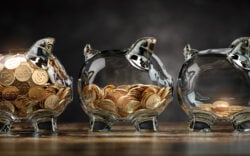