Privatisation is a trap. Competition is the way out. 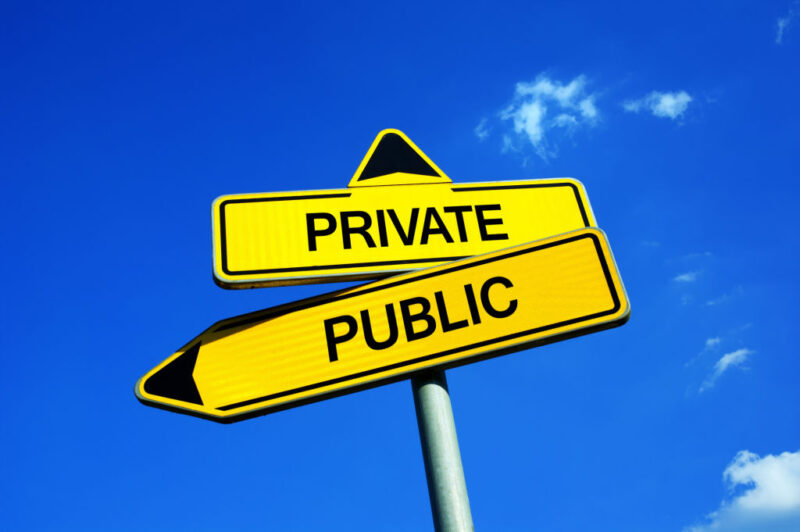 Over the past few Fortune & Freedoms, we’ve discussed why capital controls might make an unwelcome return. And how cryptocurrencies like bitcoin are tools you can use to… deal with them. Today, I want to try and convince you of something which follows on from the same logic: that privatisation is a political trap which only discredits the free market.

You might think that free market folks like me are fans of privatisation. But a cursory glance at the process should highlight what’s wrong with it. Whether that cursory glance is back at examples from history, or just at the bleeding obvious, it doesn’t matter, you’ll come to the same conclusion. Privatisation is just another government programme. It’s another situation where a bunch of civil servants declare that they’re from the government and here to help.

The problem tends to be the terms and conditions that are attached to the privatisation. Or the corruption needed to get someone to buy the monstrosity which government management has created.

A good example all around the world tends to be rail. Politicians like to privatise rail. But they come up with bizarre constraints, such as keeping the rail infrastructure public, or semi-public. They call it things like “risk sharing” and include hidden subsidies.

The most important factor of all is the risk of failure. That is, any private company must have the risk of failure lurking behind everything it does. But the organisations that get privatised tend to be “too important to fail”. Or too embarrassing to fail, from the point of view of politicians. And, without that constraint and accountability, the free market doesn’t really work very well.

This is one reason why central banks are a really bad idea. They might be a wonderful safeguard to prevent financial failures. But doesn’t this backstop just incentivise too much risk taking?

So, the next time you read about a proposal to privatise something, I want you to ponder whether creating a hybrid zombie is really such a good idea. It could turn on you.

Instead of twisting the arm of government institutions into becoming a zombie version of a private company, I suggest simply legalising competition with it.

If the free market is better, let it prove itself and let customers decide for themselves. Don’t make the policy decision a binary one. Try both.

The fact that you have to legalise competition in most industries in order to get any is a key point. Try starting a bus company that competes with your local public transport and you’ll find out what I mean…

(On second thoughts, don’t: it’s dangerous in a long list of ways.)

Of course, sometimes, the government forgets to ban competition. Airbnb and Uber used to be good examples of this. They simply skirted all sorts of stupid laws the government had come up with to form cartels – like hotel licences and taxi licences.

Of course, the two companies eventually got sucked into the government-industrial complex of lobbying and regulations to prevent competition. But they still upended their industries for a while.

I don’t mean hybrid legalisation of competition either. The cannabis debacle has proven to be a government dystopia. Some US states legalised the drug, but the federal government didn’t and so, because banks are regulated at the federal level, businesses in the cannabis industry couldn’t bank…

The best example of permitting competition, or just not banning it, is cryptocurrencies – competition in the world of money. The government could’ve banned them. But they didn’t. The result has been an extraordinary success.

Now, most people think cryptocurrencies have no intrinsic value. But does the banknote in your wallet or the number in your banking app have intrinsic value?

Money has intrinsic value in and of itself. And the same is true of anything that can be used as money. The intrinsic value of money is linked to the ability to avoid barter. It is about inconvenience and cost.

And, quite frankly, the mainstream financial and monetary system is full of inconvenience and cost. As is the cryptocurrency system, to be fair.

But the question is which one is better.

For most of us, especially in the UK, the mainstream financial and monetary system probably still comes in preferable. Most of the time. But for how much longer given the rate of inflation, wobbling pension system and the lack of call centre staff when you need to do the most basic banking?

For example, it’s already a mighty pain to do any sort of international banking. Crypto is already a much better option in that arena.

And if I’m right about capital controls, cryptocurrencies might soon become a mainstream usable currency, as they already are in places like Argentina.

Part of the power of competition is that it forces the government sector to do a reasonable job…or face extinction.

To sum up, don’t privatise the DVLA. Just allow companies to compete with it.

And don’t wait for the government to try and fix the financial and monetary system. You can’t afford to, quite frankly, even if you do think it’ll ever happen.

Instead, think about how you can participate in competition with the government system. It often involves making a lot of money.