The beauty of economics lies in comeuppance, and boy are governments getting theirs 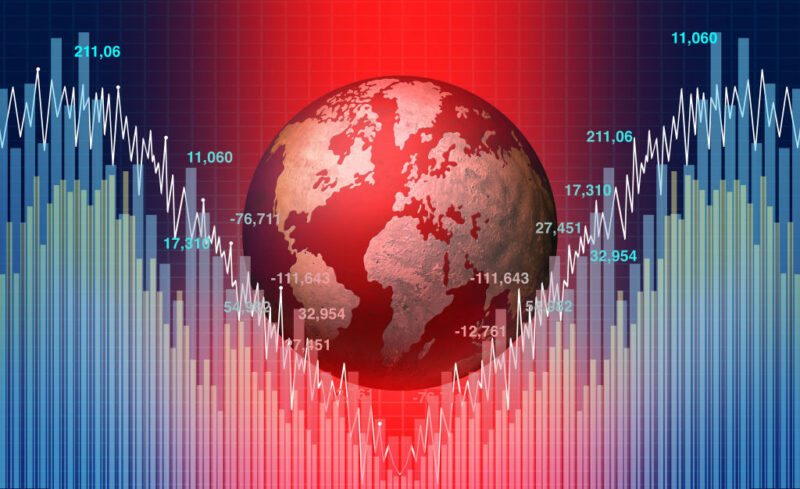 Despite my best efforts, economics is also known as the “dismal science”. But you should’ve heard my cackling when I discovered why…

Apparently, economics was referred to as the “dismal science” by Thomas Carlyle in 1849 because it advocates for individual freedom and a lack of government interference in people’s lives…

Oof. I’m taking that personally, then.

According to Carlyle, economics “finds the secret of this universe in “supply and demand,” and reduces the duty of human governors to that of letting men alone […].”

A sad state of affairs that would be. Truly dismal…

In case you’re confused about why this makes economics “dismal” according to Carlyle, well, it’s because it “will give birth to progenies and prodigies: dark extensive moon-calves, unnameable abortions, wide-coiled monstrosities, such as the world has not seen hitherto!”

Moon-calves? Hmm, I’m starting to think this guy might be a bit mistaken…

To be fair, at the time of Carlyle’s slurs, Malthusian predictions were all the rage. Economic freedom and personal freedom would lead to all sorts of epic disasters including overpopulation and mass starvation. People need to be controlled by their betters, or else. That is a strand of thought which is back in vogue today.

Indeed, today’s university economics faculties would likely align themselves with Mr Carlyle given they are full of people trying to justify government interventions to overcome so called “market failures”. That’s not much of an upgrade from moon-calves if you ask me, but I’m in a miniscule minority on that one.

Carlyle advocated a complete dominance over the individual by the government. For our own good, of course. Those moon-calves would be onto us otherwise.

But today’s interventionists find themselves in awkward company in Mr Carlyle… You see, in his speech which gave economics its dismal name, Carlyle was advocating for a reintroduction of slavery and blamed the field of economics for its abolishment…

After all, freedom and free markets don’t fit so well with denying individual liberty. But government control over others does fit perfectly well.

It is funny how times change. These days, the free-market thinkers are the ones accused of advocating selfishness. Back in Carlyle’s day, free-market thinking was associated with philanthropy (as opposed to compulsory taxes and carefully allocated welfare).

But back to Carlyle’s main point. Allowing us all to organise our own lives would cause moon-calves. And economics was trying to argue otherwise. But we need governments to keep us from making our own collective mistakes.

Which brings me to my main point, as long as it may have taken. I would say that economics is an unusually funny science – not dismal at all.

If you enjoy Funniest Home Videos, so called “fail” videos, and shouting the word “Karma!” at family members experiencing misfortune, you should’ve studied economics. As long as you don’t do so at school or university.

You see, economics has a wonderful habit of teaching people lessons the hard way. And this can be incredibly humiliating, in a truly wonderful, if sometimes morbid, way.

The classic example is called the Cobra Effect. The Foundation for Economic Education has the story:

In colonial India, Delhi suffered a proliferation of cobras, which was a problem very clearly in need of a solution given the sorts of things that cobras bring, like death. To cut the number of cobras slithering through the city, the local government placed a bounty on them. This seemed like a perfectly reasonable solution. The bounty was generous enough that many people took up cobra hunting, which led exactly to the desired outcome: The cobra population decreased. And that’s where things get interesting.

As the cobra population fell and it became harder to find cobras in the wild, people became rather entrepreneurial. They started raising cobras in their homes, which they would then kill to collect the bounty as before. This led to a new problem: Local authorities realized that there were very few cobras evident in the city, but they nonetheless were still paying the bounty to the same degree as before. In the end, Delhi had a bigger cobra problem after the bounty ended than it had before it began.

In the end, Delhi had a bigger cobra problem after the bounty ended than it had before it began. The unintended consequence of the cobra eradication plan was an increase in the number of cobras in the streets. This case has become the exemplar of when an attempt to solve a problem ends up exacerbating the very problem that rule-makers intended to fix.

The lesson most people today would learn from that story is that it was all colonialism’s fault. And so they go on making the same mistake.

Funnily enough, some of the other examples of the Cobra Effect do come from other colonial societies, like French-Indochina, which featured rats instead of cobras. But let’s move on.

ESG (environmental, social and governance) is a good modern-day example. Governments incentivised companies to comply with demands other than Milton Friedman’s maximisation of shareholder value. The result were… well, moon-calves known as greenwashing. Greenwashing involves vanity projects that don’t improve ESG at all.

And, as every good communist knows, such causes eventually turn on you.

Having been exposed as a bizarre scam, greenwashing has now been replaced with “green hushing”. Bloomberg reports that, “Companies Keep Climate Goals Secret as ‘Green Hushing’ Takes Off” with “Survey findings suggest that the stigma of so-called greenwashing is so feared that corporate executives will do anything to avoid being accused of it.”

This may be immensely funny. But how many billions have been spent on ineffective green vanity projects which were solely designed for PR purposes but must now be hidden because they don’t work at all? How many of those billions were supposed to land in your pension as dividends?

Take, for another example, our energy crisis. Who would’ve thought that undermining our own energy production would’ve resulted in less energy?

Who would’ve thought an energy price cap would result in energy shortages?

Well, the most basic understanding of economics would have made the whole debacle one ginormous comeuppance.

Another personal favourite which makes me laugh out loud most days is the various government spending programmes that are designed to minimise inflation.

Oxymoronic doesn’t quite cover them as a descriptor.

In Australia, a major global gas and coal exporter, there are coal and gas shortages. How dumb can you be?

Having disincentivised new investment in oil and gas, politicians like Joe Biden are demanding that oil companies produce more and make less profits…

This may be a little difficult. And not just because more production means bigger profits. But also because the profits are booming because oil companies are reinvesting less in future production because of the president’s threats.

The German government, after months of ruling out nuclear power for increasingly bizarre reasons, has decided to keep nuclear plants going after all. But did they make a U-turn too late?

The Bank of England was forced to return to QE the day before it planned to announce quantitative tightening (QT). I wonder what the consequences might be for inflation?

Having been a key part of financial/regulatory system built on the presumption that government bonds are risk free and highly liquid, government bonds crash in price and fail to trade. This has already happened in the UK and Japan. Now the Federal Reserve is worried about what could happen in the US Treasuries market.

Back in 2016, when economic doom was supposed to be playing out across the UK, foreign direct investment hit a record, the FTSE 100 went on a run to hit record highs and plenty of other economic statistics turned up dramatically, as I wrote about at the time.

The list of irony and karma provided by economics is endless. And it’s usually highly predictable. As well, it is immensely amusing, unless you’re amongst those caught up in the government policy and suffering under it. But even the Russians had humour in the Soviet Union.

But the greatest comeuppance of all might be the creation of cryptocurrencies. Just when central bankers thought they had complete control of the financial system via central banks, sanctions, taxes, cashless societies, know-your-customer legislation and international cooperation from places like Switzerland, up pops bitcoin and disarms them all.

Of course, bitcoin would have very little value if the financial system functioned. Functioned for its customers, I mean. Not for governments and central banks, as it does now. And so you can credit authoritarian governments for creating bitcoin and making it viable, in a way.

But, even if only by its threatening presence, bitcoin and other cryptocurrencies have completely undermined the ability of governments and central banks to conduct the wild policies they want to.

This might not seem especially true in the UK, where the financial system still appears to be functioning reasonably well.

But that might not be true for much longer, as we’ll dig into in coming days. And when things get sketchy, it’ll be cryptocurrencies that offer you a way out from the government.

The question is whether you’ll be ready or not.