How to prepare for the coming corralito, or risk becoming as poor as an Argentine 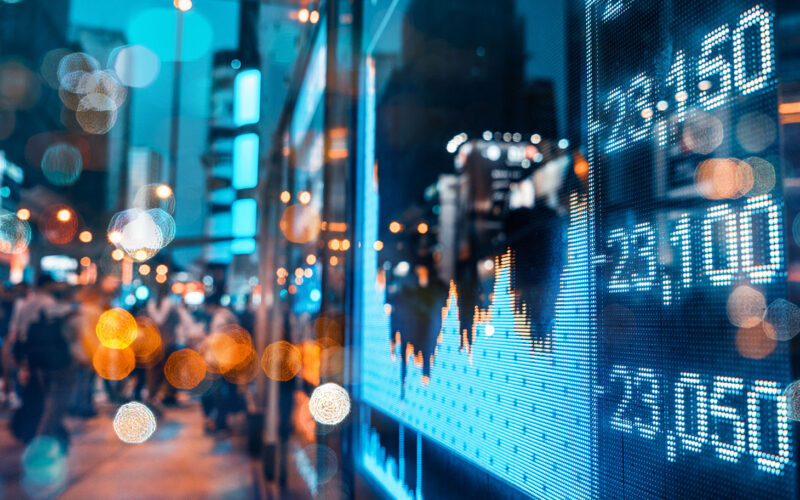 A few weeks ago, I warned you about the third horseman of the Unholy Trinity – capital controls. Today, we explore what those capital controls actually are, and how you can prepare for them. We also learn from Argentines’ fear of the “corralito”. After all, capital controls just corral you. It’s what comes next that you should fear.

Unless you have an escape hatch. Perhaps we can learn from Argentines on that count too. After all, they’d know by now.

Admittedly, explaining why capital controls are coming proved to be a bit of a headache. But the point of the economic law known as the Unholy Trinity, or Trilemma in politically correct circles outside Fortune & Freedom, is that governments cannot control their own monetary policy and currency without imposing capital controls. And yet, many are trying.

Japan is the most blatant example. The authorities have got yield curve control, which pins down government bond yields, and they’re trying to prop up the currency with a peg that has cost them about $30 billion so far. This is damned close to a violation of the Unholy Trinity.

Luckily for the Japanese, the country has vast reserves that it can spend on keeping the Unholy Trinity at bay. Which means that, when I say it’s only a matter of time before something goes wrong, it could be quite a long time.

My Japanese in-laws are coming in two weeks, to stay for four weeks, so let’s hope nothing goes wrong anytime soon…

That is especially so given that the UK is not far behind Japan anyway. That’s one reason why the pound is performing as badly as the yen in foreign exchange markets. And it is also why our bonds melted down in the absence of Japan’s yield curve control policy, as I explained here.

But let’s focus on capital controls themselves for today. Because it’s one of those vague phrases that we promised to avoid back when we launched Fortune & Freedom with a commitment to plain speaking.

An example of capital controls which some of you might remember is the limit on how many pounds youcould take out of the country. And investing in overseas assets was also constrained.

Another example is a limit on access to other forms of foreign exchange – like having to apply to be able to buy foreign goods.

ATM restrictions are another good example, especially within the euro area, where cash can cross borders.

In fact, limits on cash transactions and the attempt to marginalise its use generally are a very important form of capital control today. Who knows what people are doing with their cash?

The book Travels with my Aunt by Graham Greene features plenty of hilarious stories about capital controls. Which I can’t remember despite reading it about two years ago. Still, if you want to get an idea of what capital controls might mean for your day-to-day life, check it out.

Argentina and many other places have parallel exchange rates – another form of capital control. As are tariffs and quotas, which limit trade.

China’s new rules on overseas currency transfers are not capital controls, the official Xinhua news agency reported, even as some banks told customers that purchases of foreign currency for property, securities and life insurance were not allowed.

Capital outflows have been a growing concern for the government in the past year as it attempted to put the economy back on track and keep the currency stable without exhausting its foreign exchange reserves, which tumbled to $3.052 trillion in November, the lowest in almost six years.

But this would never occur in a civilised democracy, right? Well, consider the cradle of democracy.

Anway, back to the safety of theory. The general aim of capital controls is to control the amount of money flowing in and out of a country. That’s because such flows have important impacts on the economy.

It’s the instability in the currency and bond markets that has me worrying about capital controls. There’s only so much humiliation politicians can bear, before they do something stupid.

Now, it’s not my intention to be gloomy about your dystopian financial future. Well, not without presenting more optimistic alternatives.

As we’ll look into that early next week. As you know, I’m a fan of competition. It’s much better than turning to the government to solve a problem the government created.  And cryptocurrencies have popped up as competition to the financial and monetary system which governments would be strangling with their capital controls, if I’m right that they’re coming.

Crypto believers like to comment that “bitcoin fixes this” whenever the financial system spits out another absurdity. And there’s no shortage of those absurdities.

But does bitcoin fix capital controls? Does it provide an alternative which can compete with the financial and economic system when that system becomes unworkable because of capital controls?

The answer is yes, if things get bad enough. Argentina is the best example.

Argentina is downright famous for its bizarre capital controls. As I mentioned, it has an official exchange rate which is miles away from what the market’s exchange rate would be. How do we know? Well, there’s always a black market in everything.

I always laugh when people associate the black market with something bad. How do they think people survive when the government takes over the economy?

Even the rule-abiding Japanese were big on black markets after the Second World War. Admittedly, that was just to be able to eat.

Argentina also puts on display that it isn’t just bitcoin that solves the problems of a government controlled financial and monetary system. There’s a whole ecosystem of cryptocurrencies with different features that solve different problems.

Whether you need to transfer money, save money, move funds internationally, invest or stay under the radar, there’s a cryptocurrency for you. And not all of them are flawed either!

For Argentines, who cannot trust the banking system because they cannot trust the government which has control over that system, stablecoins are a revolution. The podcast EconTalk recently interviewed someone with first-hand knowledge and experience:

… from the perspective of an Argentinian, [stable coins are] very exciting, because now, suddenly, they have access to digital banking again without having to use an actual bank that they trust.

But why don’t Argentine’s trust their banks? Because of the corralito – the little corral, which saw their savings frozen and then devalued by 75% in terms of US dollars.

Luckily, our UK politicians aren’t dumb enough to sign up to fixed exchange rates like the ERM…

But still, there’s a chance it could happen here, by way of inflation and a plunge in currency markets instead of official devaluation. Just take a look at the news…

Now, to say that some stablecoins have proven to be a disastrous failure would be quite an understatement. Even if they did last longer than our most recent prime minister and the lettuce put together. But we didn’t give up on steam power because a boiler blew up. Nuclear power runs on steam, after all…

The point is that stablecoins and other cryptocurrencies (the ones that actually live up to their promises) are an incredibly important innovation for those trying to conduct a normal life in Argentina today. The alternative, saving in terms of bricks (and other building materials), is still popular though…

Is any of this relevant to the UK today? If we get capital controls, it will be. That’s my point, really. Not that you want to wait for the capital controls before you get a grip on how to… deal with them. It’s that or bricks, as I see it.

My old friend and crypto expert Sam Volkering has been at the sharp end of the crypto world for a decade now. And he’s got the scars to prove it.

When capital controls start causing trouble for me, I’ll be asking him what to do about it. For those of you who want to be more prepared than me, and understand what crypto can do for you, click here now. Or you had better start saving for your future in terms of in bricks.