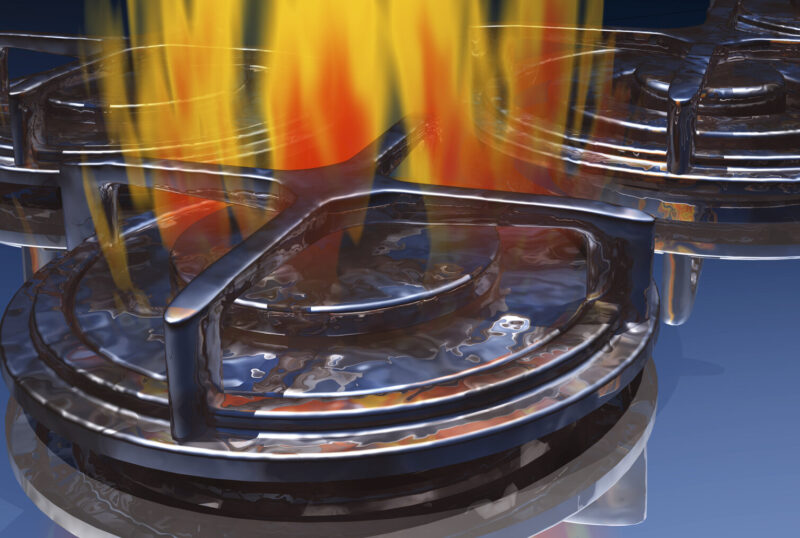 I quite like reading the Guardian. It has the guts to publish whistleblowers and do some proper investigative journalism. But it also seems to be spectacularly clueless about economics. Two of its articles about the energy crisis are so bad that it is comical. It actually blames the free market for the gas shortage!

But there is also some value in understanding how and why the analysis is flawed. If, after all, a problem is misdiagnosed, then it will persist or even worsen. So, let’s take a closer look…

Here’s the line which sums up the first Guardian story: “The UK’s energy system has been plunged into chaos by a perfect storm of market forces which threatens to rip through the economy…”

What are these “market forces”? Well, here’s its list…

First up, there’s China. That bastion of free market capitalism is seeing an economic boom. Except, of course, for the fact Chinese growth is rapidly cooling according to Goldman Sachs latest forecasts…

“Russian gas games” are next on the Guardian’s list – another classic example of “market forces”. The Russians are trying to pressure the European governments into approving Nord Stream 2 – implicitly a decision that involves more ”market forces”.

Similar “market forces”, in the guise of US sanctions, prevented Nord Stream 2 from coming online in 2019 as expected. Conveniently, the approval of the pipeline is expected to take the free market four months. Unfortunately, that may end up being eight months once the “market forces” at the European Union have their say on the approvals process. Which takes us to April, after the period when the gas needed to heat homes over winter is needed most.

In the UK, the “market forces” causing the crisis look like this:

Ageing nuclear power plants have been forced to undertake unplanned outages for maintenance, a main power cable used to import electricity from France has shut down after a fire, and the UK’s wind turbines have slowed during some of the least windy months since 1961.

Then there are the “market forces” of the 2017 government decision to close the UK’s gas storage facilities… The Guardian blames privatisation for this decision. It turns out that companies are not willing to store up a commodity that the government puts a price cap on… What a “market force” that is.

And there are the “market forces” which led the UK to abandon coal, only to rely on it at great expense when the wind don’t blow because of “market forces”:

Britain has been forced to temporarily fire up coal power stations, paying millions of pounds to the likes of Drax in North Yorkshire, to plug some of this power shortfall.

Specifically, the free market’s “energy price cap sets out a maximum level for default energy tariffs twice a year based on the cost of supplying energy.” The upcoming “hikes will not come fast enough for dozens of small energy suppliers which don’t have deep enough pockets to survive the wait until the next cap increase.”

The Guardian blames deregulation for the consequences of this, bemoaning that consumers were temporarily able to get cheap energy at the expense of the companies going bust now. We should’ve been paying higher rates all along…

As the other Guardian article on this topic points out, “Wholesale gas prices are now more than five times their level two years ago, raising the prospect that household bills will rise by 12% next month.” Those evil gouging gas retailers and their ability to pass on price hikes, eh?

The only “market forces” which didn’t get a dishonourable mention are the DVLA’s licensing… bottlenecks.

One of the two Guardian articles finishes with, “A climate emergency is no place for the rigid application of free-market principles”.

The other Guardian article finishes with something so ironic it made me cough and splutter: “The government faces rising calls to tackle the problem of unaffordable energy…”

What does it think caused this almighty mess in the first place if not the government’s attempt to tackle the problem of unaffordable energy and the climate emergency!?!

Now all of this might (or might not) be interesting to you. But what does it have to do with investing and wealth?

Well, consider that the same games are afoot in financial markets. The same manipulations and machinations which will lead to the same sorts of crises.

These are price controls to keep the people happy.

But they cause the same sorts of misallocations and problems that we’re seeing in energy – namely, tech stocks and housing bubbles.

There are also, like in energy markets, bailouts. Each time banks go bust, politicians promise the same sorts of bailouts.

For instance, just look at this headline from the Irish Times: “UK energy groups ask for government ‘bad bank’ to weather gas crisis.” The Irish, of course, used such a bad bank to help weather the financial crisis.

In financial markets, we have central bank price controls, government intervention and therefore the crises that are caused by these manipulations. And in financial markets too, the free market gets the blame for all this.

At least they’ve given up on blaming Brexit…

And I don’t mean tech stocks, which governments are finally catching up to with regulation, tax and anti-trust measures. I’m talking about something much more enticing…