Readers have their say on inflation and interest rates 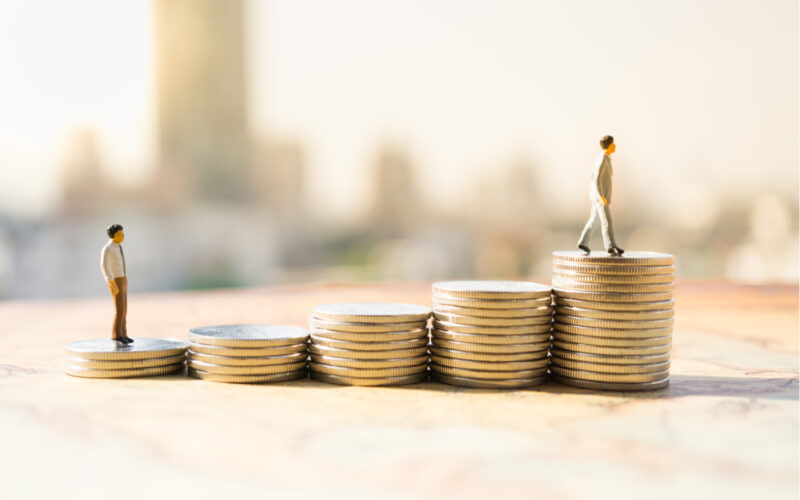 My comments about interest rates and inflation have triggered some brilliant reader mail. Importantly, it’s from those on the ground, experiencing things from a variety of perspectives, and with a wealth of experience to draw on too.

There was a general theme from the readers too, which I found fascinating: the idea that inflation, the money supply and interest rates are not necessarily directly related in ways which mainstream economists expect…

[Your article about] Interest rates was interesting, but is not money just a means to transfer goods? We have greatly increased the money via QE but not touched the goods side of the equation.

High inflation devalues money bringing us back into a state of equilibrium, whilst not increasing debt by low interest rates.

This would suggest that inflation is a once off affair to bring us back into a balance. It may be a good, or at least necessary thing. The reader continues by pointing out more benefits:

This current policy is greatly reducing the true government debt and extracting the buying power of large cash rich companies, whilst allowing the smaller debt ridden companies to stay afloat.

Although I disagree about the companies bit, because large companies are more likely and more capable to be highly indebted, the point still stands. Inflation helps debtors, whoever they might be. And, if you’re facing debt trouble, it makes sense to help debtors.

But the reader is no dogmatic inflationista:

I want to quickly mention that money is not neutral, meaning you cannot simply administer a dose of inflation and wait for an equilibrium. The inflationary spurt has very real and very dangerous effects. In fact, it is the cause of the business cycle itself.

We’ll get back to the risk of higher interest rates risking bankruptcies in a second, with help from the intrepid Jim Rickards. But first, the reader’s view on what all this means for you (please note this is not financial advice and should not be taken as such).

Today the best thing in my view is get fixed assets that will hold their buying value and reduce your debts with only borrowings that are fixed to pay back to zero borrowing.

I did feel we needed a 5-6% borrowing rate by the middle of this year. Every two months this is held back another percentage point will be needed, so with governments procrastination I see it will finish up at nearer 10% that means our current target rate of 2% will take a complete economic cycle to get back to if not two.

This explains why I’ve been trying to buy a house…

But leave aside the timing which the reader mentions, for the moment. And leave aside your views on the particular pandemic we’re in right now. The underlying idea the reader presents is very intriguing.

What if an inflationary burst can help us overcome a pandemic or a similar crisis? What if a democratic majority were in favour of paying the fiscal pain of dealing with a pandemic by way of inflation instead of repaying debt the honest way?

It’s plausible. Indeed, it was how societies paid for war often in the past.

But, in my view, it has opened Pandora’s box, or as I call it, the “economic free lunch box” and it’ll prove a lot harder to end inflation than people expect. There is no shortage of good causes to back with free money in coming election cycles…

A different reader brought back an old question about interest rates, which I can remember asking about ten years ago:

The problem with interest rates as a control of inflation is they can’t and don’t work.

What is needed is a rise in tax that clobbers those who have spare cash (except of course the very rich who have smart accountants). If it’s the right taxes it doesn’t affect business and their investment.

Indeed today, with the house prices being the major problem in the UK economy, a massive tax hike on house prices would be justified, perhaps increase stamp duty on second (or third…) homes to say 100%. (Yes, I really mean that, we need to reduce the number of people buying to let and let people buy to live.)

We also need to radically up the tax on second homes, I mean by enough that it is not just passed on to tenants… so say a 100% tax on the rental income and a 200% of property value for unoccupied housing. This should kill the buy to let market totally which would crash house prices which would upset some people in the short term but ultimately do the UK economy good by releasing money from unproductive bricks and mortar for use in building the factories we are sadly lacking.

An Englishman’s home is the government’s loot? I suppose it always has been, if you are aware of the history.

But I want to focus on the first bit of the reader’s comments – the idea that raising interest rates doesn’t control inflation. This is an old idea that I wrote about a long time ago, when a study or survey of German households revealed that lower interest rates actually resulted in less borrowing and more saving – the opposite of economists’ reasoning. This undermined the idea of lowering rates to stimulate the economy.

But the misguided Germans weren’t trying to make economists look bad. They were simply pointing out that lower rates meant they had to save even more for retirement. Demographics had shifted, in other words. Age mattered more than prices. Borrowers had become savers. And so interest rates had the reverse effect on the economy.

The point that higher rates won’t rein in inflation is the corresponding claim to this discovery about the Germans. The rentier class, as some would call them, live off interest rates. And so higher rates give them more income.

I think the reader’s views on inflation are misguided, but it’s important to remember that economics, like economists, has two arms. You must always ask “on the other hand…”

And so, here’s a reader who disagrees:

Nick, inflation can only be beaten by high interest rates. Maggie T beat inflation and it was very painful, but the people still voted for her.

Dennis Healy, a labour chancellor who had to go to the I.M.F. and ask for a loan, he got it but there were conditions, raised interest rates, cuts in government spending, cuts in jobs, freezing of pay rises. It’s painful but works.

The thing is, this time, a huge amount of QE is also on the table to be withdrawn. We may never get to the point of raising rates before the next crisis…

But here’s the real message for you today about interest rates and inflation – one I think we can agree on.

The first reader I quoted above actually began his email about higher interest rates with “Business in general can’t afford it.” My friend Jim Rickards recently wrote a message to his subscribers which carries this thought to the logical conclusion:

On the one hand, the Fed must tighten monetary policy in order to snuff out inflation. On the other hand, if the Fed tightens more than slightly, there’s a danger they will throw the economy into a recession.

Unfortunately, a recession is exactly what will be required to beat this kind of inflation. The Fed is trying to finesse the situation with a Goldilocks approach of not too tight, not too loose, but just right. They will fail at this. The stock market gets a vote. As the Fed tightens and the economy slows, the market will begin a steep decline in anticipation of a recession.

The Fed doesn’t care much about the decline, but they do care if the decline becomes “disorderly.” That’s hard to define, but drops of 3% or more for three to five days in a week over multiple weeks (similar to what happened in March 2020) definitely meets the definition. That’s coming.

At that point, the Fed will throw in the towel and stop cutting rates. Then the inflation will return. So, here are your options (and the Fed’s): more inflation, stock market crash or recession. Investors are certain to have at least one, maybe two in the year ahead. But given the Fed’s consistent incompetence, we may get all three.

By the way, there’s some sort of scam out there that purports to be from Jim Rickards, so keep your wits about you.

Ironically, it seems to be about cryptocurrencies, which Jim is not a big fan of (to be polite).

But that means even Jim is going to miss out on this opportunity.