Keynes and Friedman died of Covid-19 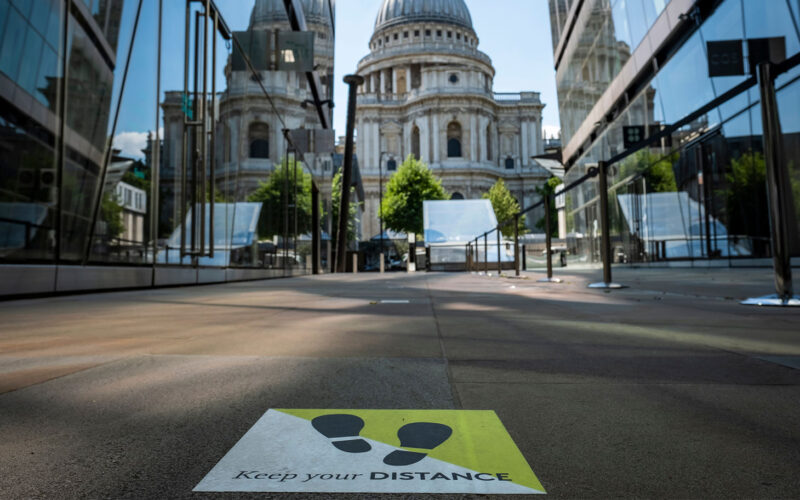 So far this week, we’ve looked at the state of play of the global economy. To sum up my argument: too much debt, interest rate cuts don’t work any more and future economic growth will be miserable because of the two.

Today we look at what got us here. And tomorrow, we discover where I believe we’re going next. The two are of course related.

If you’ve been hearing about MMT (Modern Monetary Theory), that’s where we’re going with our exploration tomorrow. It’s the ideology that’s taking the world by storm. And it sends shivers down the spine of both Nigel Farage and me.

But I believe that, if we can get a grasp of it, then we may be able to predict where things are heading as a result. In financial markets, the economy and government policy – all the things that affect your financial freedom.

First, though, we need a reminder of where we came from. So you can appreciate just how radical MMT really is. The size of the change.

I discussed all of this in some past editorial elsewhere, so some of it may seem familiar to long-time readers of my work from before Fortune & Freedom. Either way, you’ll want to refresh your memory for what’s coming…

Where we came from

The last few decades were a conflict between Monetarism and Keynesianism. Between monetary policy and fiscal policy. Milton Friedman versus John Maynard Keynes. Before that it was Communism vs Capitalism. Before that Colonialism vs Isolationism. And so on, going back.

The investment implications of each age are easy in hindsight. North Koreans and East German investors had two choices to get ahead financially. Join The Party or emigrate with bullets in your back. Speculators in the age of Colonialism could buy stocks in the South Sea Company and Mississippi Company, or not. Feudalism was about land ownership and marriage to get ahead.

The misadventures of each age were predictable too. Keynesianism led to theoretically impossible stagflation and exacerbating the booms and busts of the business cycle instead of mitigating it. Prime Minister Callaghan explained it to the Labour Party in 1976, in words that are especially relevant to your future under MMT too:

Monetarism, which more or less replaced Keynesianism, used monetary policy to achieve the same goals. And it delivered the same (opposite) results. You can reread Callaghan’s speech above, swapping in interest rates and quantitative easing for spending and taxing, and it makes no difference. Under Monetarism we got asset bubbles, the global financial crisis of 2008 and a shockingly poor economic recovery. So it didn’t work either. And we’re now at the end of our tether when it comes to Monetarism too.

It was worth reviewing these ideologies for a particular reason. They define how you think about the world today. Which variables you think are related to what and how.

That’s important because your understanding and assumptions are wrong, according to the upcoming ideology of MMT. To be clear, those ideologies aren’t just wrong, they’re based on an incorrect description of how the world works in the first place. Which is why they’re wrong. The distinction is crucial if you want to understand what is about to happen around you and the world around you.

How the world no longer works

To understand how radical MMT and our future could be, you need to take a peek at the assumptions of the ideology it’s replacing.

When GDP isn’t growing fast enough, causing problems like unemployment, then the government should run a deficit to stimulate GDP. Borrow money and spend it to get GDP moving again. Or cut taxes for a similar effect.

Monetary policy, meanwhile, is used to keep inflation within an acceptable range. Not enough inflation is dangerous because it makes debt hard to repay, as we’ve discussed in previous Fortune & Freedoms. Too much inflation causes economic chaos. A growth rate of 2-3% is about right according to the Goldilocks economy theory. And the central bank can achieve this by fiddling with interest rates and the money supply (QE).

Using these two policy tools – fiscal and monetary – governments and central banks manage the economy. But in the last few decades both theories have failed, as I mentioned above and earlier this week.

Inflation was too high in the 70s, now it is too low. And government deficits are never ending, regardless of GDP growth. Stagflation is supposed to be impossible under Keynesianism and QE should lead to hyperinflation according to monetarism.

The narratives of Keynes and Friedman use a flawed understanding of how the plumbing of the financial system works. That is where they go wrong.

MMT enthusiasts assert that economists have got their wires crossed, just as the electricity meters in my apartment bloc were labelled incorrectly and connected to the wrong flats. Central bankers are like the kid in the car with the toy steering wheel, thinking they’re steering the economy.

And you know what? I think the MMT crowd have it right. About their criticisms of the other schools of thought, anyway and being based on a flawed understanding of how the financial system works.

I think discovering MMT is like raising the hood of your car and discovering the engine is actually in the boot, much to the surprise of your mechanic who has supposedly been servicing it for three years…

Whichever analogy you use, I believe all this explains why economists at central banks and treasuries keep getting it so wrong with their fiscal policy and monetary policy. The plumbing isn’t connected as they had assumed.

Tomorrow, we find out how things are actually put together in the financial system and what MMT might mean for you. 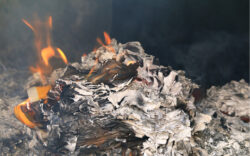 Burn the banknotes to keep warm

person Nick Hubble
schedule 19 January 2022
Can central bankers print HGV licences? Can they launch container ships made of paper money? Could we burn banknotes in lieu of gas to keep… 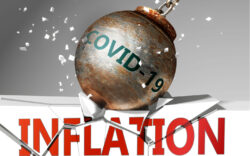 person Nick Hubble
schedule 18 January 2022
My pandemic rants are over, for now. But it’s not just on Covid-19 that the narratives are suddenly changing. It’s also on inflation. And, just… 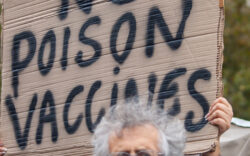 person Nick Hubble
schedule 17 January 2022
Thanks for your flood of feedback on my rant about changing pandemic narratives. As a comment I saw somewhere on social media put it, “The…

The mainstream media is turning on its masters

person Nick Hubble
schedule 14 January 2022
Well, I didn’t expect this. The world’s mainstream media has turned on its masters before the population did. Journalists are now openly questioning, investigating and…