Inflation or the deficit? Which gives way first? 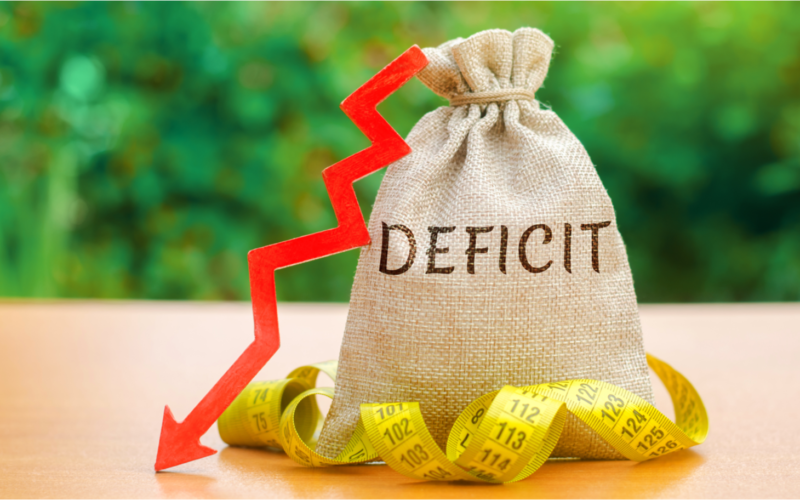 Have you been wondering where all this money printing and deficit spending will lead to? Here are your options: inflation, austerity, a sovereign debt crisis or utopia.

One thing’s clear. If something cannot go on forever, it will stop. That’s become known as Stein’s Law, after Herbert Stein who more or less invented it. And it originally referred to debt, deficits and currencies. Nice and relevant then…

Here’s what Stein told the US Congress at a hearing:

In the case of the Federal debt, there may not be a mechanism. In the case of the foreign debt, which is essentially private debt, it will stop when the rest of the world doesn’t want to hold it any more. It will stop rising, and when it stops rising the dollar will decline and we will stop running this big balance of trade deficit.

But that was in 1986. Deficits are now out of control in a way Stein could only have imagined. Including the US trade deficit. Yet we’re still waiting for the reckoning, with the dollar holding up.

Twelve years earlier, the economist FA Hayek had made a similar point in the New York Times. But he focused on the inflationary consequences of too much government spending and the money printing which pays for it:

Politicians in that position have now little choice but to speed up inflation. But this process cannot go on forever, as an accelerating inflation soon leads to a complete disorganisation of all economic activity.

Today, I ask the question: which law will we bump into first? Stein’s limit on debts and deficits? Or Hayek’s unpalatable consequences of inflation?

To better explain the trade-off, consider what path Britain chose in the late 70s. Labour’s James Callaghan explained it to the party faithful in 1976, two years after FA Hayek had explained it in the New York Times:

But it was Thatcher, not Callaghan, who thumped Hayek’s book on the table, stating, “This is what we believe.”

One central point to understand is that money printing and inflation don’t fit together quite as you’ve been told.

The idea of the “neutrality of money” is bogus. When governments and central banks print money, it doesn’t just make the price of everything go up. In fact, it needn’t do so at all.

Printing money is far more insidious than that. Its effects are well worth knowing about for investors.

One of the dangerous effects is… well, read the news. It causes speculative manias to occur in financial markets. In other words, the prices of investments surge, bid up by new money. That’s because money likes to flow to where it is most wanted – where returns are highest.

This is exactly what you’d expect, of course. Those closest to the source of newly printed money get it first. And that’s the finance industry, via quantitative easing (QE). They spend this surge of funds on things like stocks, when they’re not being bailed out by the new money like in 2008.

Eventually, the increased amount of money trickles down to the rest of the economy. Often last but not least, it bids up consumer prices too. As measured by the consumer price index – CPI.

As John Butler explains in his book The Golden Revolution, “The CPI is inflation past. Money supply and credit growth is inflation present. And as we shall see later, fiscal deficits are inflation future.”

This sets up the choice between…

Inflation or a fiscal reckoning

Governments could go on printing money to try and finance their deficits. But this will put increasing pressure on the absurdities of inflation. Speculative bubbles, housing bubbles and eventually consumer inflation.

Or they can sign up for the reckoning. Cut deficits, reform the economy drastically and admit their mistakes.

Can you see them doing that, as Thatcher did in the 80s?

Not until the ill-effects of inflation add enough political pressure.

Especially because, at our level of government debt, the reckoning would have to be far more severe than what the UK went through in the 70s and 80s.

So, it’s time to prepare for inflation.