From cryptocurrencies to totalitarian nightmare in one fell CBDC 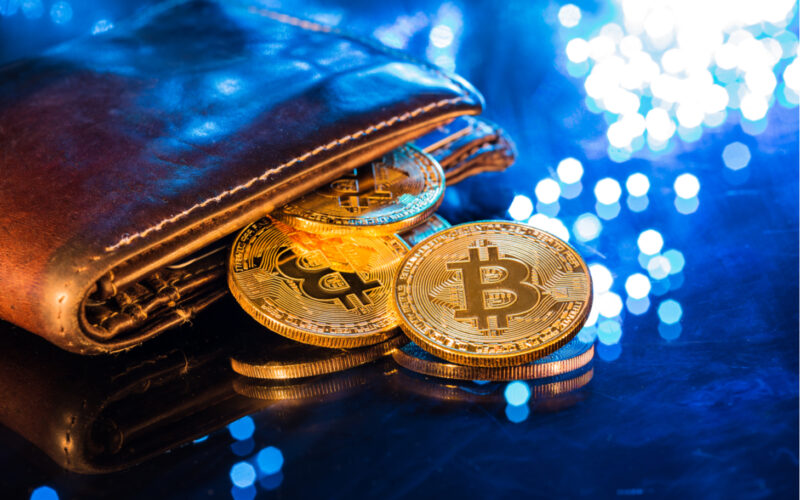 Cryptocurrencies were supposed to be a libertarian solution to governments’ disastrous monopoly on money.

But what if they deliver the very opposite? What if the technology which makes cryptocurrencies work, however well or badly, actually gifts the government total control of our economy?

The Wall Street Journal explains what has me terrified:

A thousand years ago, when money meant coins, China invented paper currency. Now the Chinese government is minting cash digitally, in a re-imagination of money that could shake a pillar of American power.

It might seem money is already virtual, as credit cards and payment apps such as Apple Pay in the U.S. and WeChat in China eliminate the need for bills or coins. But those are just ways to move money electronically. China is turning legal tender itself into computer code.

Cryptocurrencies such as bitcoin have foreshadowed a potential digital future for money, though they exist outside the traditional global financial system and aren’t legal tender like cash issued by governments.

China’s version of a digital currency is controlled by its central bank, which will issue the new electronic money. It is expected to give China’s government vast new tools to monitor both its economy and its people. By design, the digital yuan will negate one of bitcoin’s major draws: anonymity for the user.

China is first in the central bank digital currency (CBDC) race. But it won’t be last. Many nations are exploring the idea. And the consequences could be extreme for our everyday lives. How?

Cryptocurrencies work by creating a vast record of who owns what and storing this ledger in a decentralised way so nobody can interfere with it. As the head of the US financial regulator recently put it, to shut down bitcoin, “You would have to shut down the internet”.

Now the impossibility of eradication didn’t stop governments from trying to “shut down” illegal drugs, gold ownership, or any number of other things that are impossible to stamp out.

But events in China suggest something far more nefarious is going on than a clampdown on crypto. Governments are adopting the benefits of cryptocurrency technology for their own benefit. And in their hands, it is incredibly powerful.

CBDCs, which are loosely based on cryptocurrencies, make it possible to replace the entire financial system with a simple government bank. A single place of account which handles all transactions in the economy without any significant infrastructure challenge from doing so. The financial system becomes a simple ledger.

But if you take anonymity out of the equation of cryptocurrencies, as government-issued CBDCs do, and you put the task of keeping the ledger in the hands of government, a lot of important things change.

In short, the only thing worse than a bank is a ubiquitous government bank.

This isn’t the first time…

There’s a quick historical corollary to this, which highlights the risks.

Issuing money used to be a private industry. Banks would create their own money and government had no direct involvement. These days, there are still about ten note-issuing banks in the UK – a historical remnant of the days of free banking. “Free” meaning free from government control.

But governments got jealous of the power this gave banks. Politicians found it hard to go to war without bankers’ approval. And so they wanted control of the printing press for the government machine. Over time, money became the domain of the government.

As a result, we lost the link to gold as money (a natural constraint on the issuance of money which bankers couldn’t throw off, but legislators can) and experienced all sorts of inflationary and investment bubble nightmares.

Government control of money can mean chaos. And shifting this over to “independent” central bankers is only a marginal improvement.

What we are seeing today is a similar plot with cryptocurrencies. Governments could take over the power and benefits of crypto and use them to their advantage. Namely, centralising the power of money. This time, not just the issuance of money, but every other aspect of it too. Every single transaction.

When they took over the creation of money, the advantage was the power to create money. Seigniorage, or inflation, we call it.

What’ll the advantage be this time?

The benefit of cryptocurrencies is that they don’t need an institutional system to make them work. A government-run banking system would be a disaster, I think we can all agree. That’s why we don’t have one. But the tech behind cryptocurrencies makes it possible by automating the process.

If CBDCs become adopted, this would mean total control of our economic life. If our economy turns to using CBDCs, it gives the government 100% control and 100% knowledge of all our economic acts. That’s an extraordinary combination. One which enables extreme policy acts to become extremely effective and suddenly plausible.

One example of this is already being considered in China. They’re looking into having the money itself expire. The aim is to “encourage” people to spend it during a recession. That’s the level of power we’re talking about.

The world in a politician’s image

The motivations for all this may not be as conspiratorial or malignant as you might suspect. It’s just that the outcomes would be even worse than many truly evil people might come up with.

Many people believe that governments really do know best. And thus, creating complete government control and omniscience in economic affairs would be a good idea. It could improve our lot. We could “help” people. Tax evasion would disappear. Recession would be a thing of the past.

But you know what I think? Governments always make a mess of things. And the more control they have, the bigger the mess is.

Totalitarian societies are a disaster not because of ideology, evil or any such influence. They fail badly because government decisions can be inherently misguided. The more governments are involved in the economy, the worse the outcome. The motivation for it matters far less.

This is however a vague argument because it rests on an imprecise prediction each time. We don’t always know how things will go wrong.

Explaining that government policies are inherently flawed just doesn’t work to persuade anyone, even if it’s correct.

We are on the cusp of giving governments as much information as they need in order to exert the level of control which governments aspired to in totalitarian societies. It could quickly turn into a complete nightmare.

Unless you can find a way to escape. To opt out of this mess with your wealth.