Whither the great British pound? 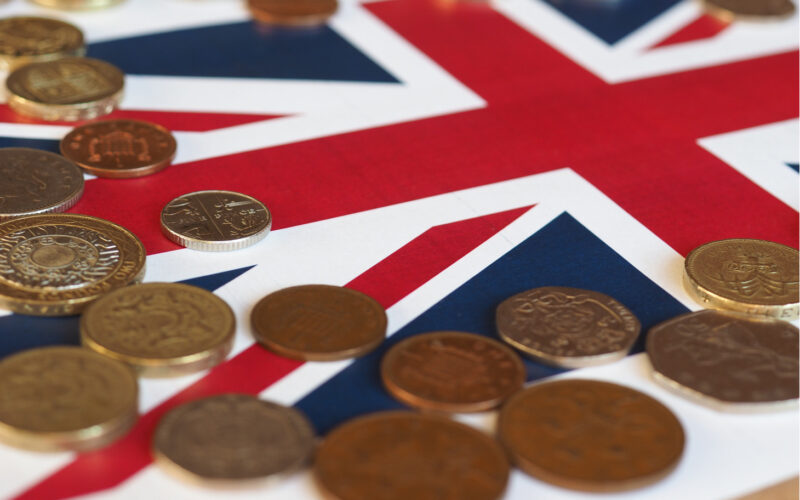 Since we first launched Fortune & Freedom, Nigel Farage has been keen to talk currencies. Shifting exchange rates are a great way for investors to make money. But trading them is also infamously difficult. The thing is, even if you don’t want to punt on the pound, the pound’s value on the currency market may be the single most important factor influencing your investment returns, while also being the least appreciated. The pound’s moves affect everything.

Consider, for a start, the topic du jour: inflation. Writing in the Telegraph, the intrepid Ambrose Evans-Pritchard points out that the biggest shift in financial markets right now is largely driven by the pound’s exchange rate. The headline sums it up nicely:

A falling pound will be the next inflation shock

You’ve got to love a journalist who makes a prediction, but also points out that economics does work both ways.

Now I’m sure it doesn’t feel like inflation remained subdued in the UK, with prices soaring away. But it’s higher in many places including the US, Netherlands, Spain, and most of Eastern Europe. And most of those places are stuck with lower interest rates too.

But the point is that inflation is heavily impacted by the pound and that the pound may be on the turn. We’ll get back to that in a moment. First, though, here is more on why our exchange rate matters so much.

Over in the stock market, the FTSE 100’s share of revenue which is denominated in pounds is surprisingly small. From 2007-2015, around 76% of sales on average came in from around the world instead of the local market. Compare that to Japan’s export powerhouse stock market index with just 32% of its sales not denominated in yen…

So, the pound’s moves have a huge impact on FTSE 100 companies’ earnings. The higher it goes, the less money those companies earn, when measured in pounds. That is, of course, how you and I measure them, of course, given we’re UK shareholders.

Although many companies hedge the exchange rate, in order to ensure the effect plays out slowly over time, it does still matter.

My own focus is on gold. You see, gold is denominated in US dollars and then converted into local currencies. Which means exchange rate moves are very important in determining the returns from gold in those local currencies.

In my view, UK and Australian gold investors are right in the sweet spot because of this. The pound and the Australian dollar tend to plunge in a crisis, pushing up the local gold price just when you want it to – when your other assets are in trouble.

You might say the same is true for cryptocurrencies – another global investment.

And the same exchange rate effect plays out on all foreign investments you make. Which is one reason why it’s a good idea to invest overseas.

Retirees are heavily impacted by the pound because they like to travel. And a lot of investment is about preparing for retirement. Perhaps even overseas retirement? These are topics I discussed with crypto expert Sam Volkering on the Exponential Investor podcast recently.

Lately, the pound has been on a tear. Bloomberg reports that “The Pound Is Closing In on Its Strongest Level Against the Euro Since 2016”, which is mighty awkward now that Brexit has actually happened.

Indeed, back in December, Bloomberg had this headline: “Funds Bet Against Pound at Levels Last Seen Before Brexit Vote”. At least the City put their money where their mouth was. And lost it.

Of course, we have seen a vast swing for the worse in the UK’s trade balance because of Brexit… oh… wait… that’s the euro area ? That’s right, they’ve posted a trade deficit!

But back to currencies. The reason behind the pound’s rise isn’t Brexit… at least, not directly.

The Bank of England was the first to move on inflation with its piddling rate hike. But, in a world of zero per cent interest rates, a piddling rate is bigger than the rest.

But now the rest of the world is set to begin catching up, with the prospect of interest rate increases causing panic in financial markets already.

And so the pound may well be on the way back down. So says Ambrose Evans-Pritchard and the banker he quotes, who said, “The party’s over” for our money.

But, is the pound rolling over a good thing or a bad thing?

For investors with foreign currency-denominated assets like gold, cryptocurrencies, and for UK stocks with foreign earnings, it should be a good thing as we get more pounds for our investments.

But what about the fate of the country?

Erm, it depends who you ask. And when.

Not so long ago, the idea of floating exchange rates was considered downright dangerous. Now we understand that they’re an important part of keeping economies balanced.

Back in the days of fixed exchange rate regimes, devaluation was feared – an embarrassment that led to legends of vigilantes breaking the backs of entire nations. Think of George Soros betting against the pound in 1992…

Strong currencies, meanwhile, were considered a good thing. Think of the yen and Japan during that country’s long economic boom in the 1980s…

But, these days, nations engage in currency wars – meaning that they try and devalue their money and to gain a competitive advantage.

It’s funny how economic theory, or the political perception of it, changes, isn’t it?

Indeed, look back a little further in history and you get another reversal in the conventional wisdom, with today’s perception of currency wars back in fashion in the 1920s and 1930s. And before that – and after… you know the rest.

Currencies have a habit of being the part of the economic equation which acts as a relief valve in the fate of nations. A country with too much inflation sees their currency plunge, forcing them to get their act together. And people in that nation try to save in foreign currencies.

Countries with sensible economic policies… more sensible than their neighbours… tend to see their currency rise. And they get to fight over deckchairs in Spain with each other as a result. (My German and English parents’ families likely did so until my parents got married.)

So, whether the pound’s moves are good or bad depends on which particular factors your politicians want to focus on. The loss of purchasing power of foreign goods, the rising stock market, more expensive holidays, better export prospects, inflation or any number of other things.

One thing’s for sure. None of the politicians discussing these issues will mention gold or cryptocurrencies as a means to escape the machinations…

So, as the debate over the pound’s future direction continues, never forget that we wouldn’t be able to agree on whether that’s good or bad for the nation anyway.

If you’re asking me, I’d tell you that the commentators have the whole discussion precisely backwards. The currency’s value isn’t a policy tool or cause which has an impact. It’s a consequence.

Misunderstanding this relationship is why countries which manipulate their exchange rate almost always get into trouble. They turn an outcome into a policy tool. But this only creates bizarre consequences as a result. And that’s why we abandoned fixed exchange rates – they’re open to manipulation.

Unfortunately, we just got less obvious manipulation instead…