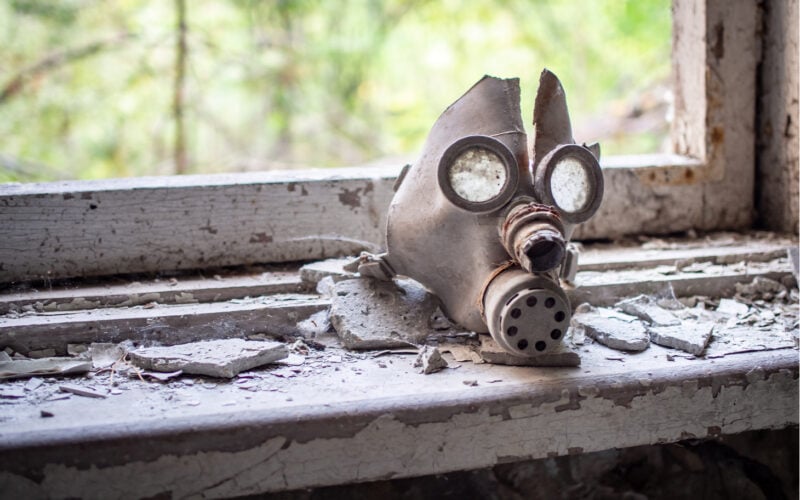 Today is the official launch. But have you signed up for the Fortune & Freedom Podcast yet? Exclusive content will be available via Apple Podcasts, Spotify, Amazon Music and more. Don’t miss out on Nigel and others’ views on financial markets, geopolitics and investing.

On Wednesday we looked into the implications of the newly credible Wuhan lab leak theory. Since then I’ve seen articles call the story China’s “Chernobyl Moment”.

The idea is that, if the government lab really is to blame for Covid-19, this will make the Chinese population question its leadership. And totalitarian regimes don’t hold up to that sort of scrutiny.

But I have grown a whole lot more worried about something much closer to home. According to some documentary I watched years ago, before Watergate, Americans believed very deeply in their government’s decency. Watergate was so shocking, not because of what happened, but because of how firmly people had believed in government before it was exposed.

I expect a similar awakening and crisis of confidence in the West, not just in China, as the consequences of Covid-19’s source emerge.

My fears were sparked by what may be the most extraordinary thing I have ever read in the Financial Times. And that’s saying something. But, as ever, the implications and consequences are not being thought through in the mainstream. Yet.

Let’s start at the beginning though. In April 2020, my friend Jim Rickards wrote the following in his newsletter:

He also laid out the consequences of this claim. It entailed a dispute with China which could lead to a major trade war and even reparations in the form of a default on the US Treasuries which China owns. Since then, he wrote and published a book about all this. I interviewed him about it here.

The UK’s Telegraph newspaper finally caught on to this idea last week:

Over the last few weeks, however, it [the Wuhan lab leak theory] has started to pick up some credibility. Intelligence agencies in the US and elsewhere are now investigating the possibility that Covid-19 was created in a Chinese laboratory, and leaked out either by accident or design, and for now President Biden is keeping an open mind on the issue.

Here is the important question for the markets, however, and one no one is thinking about yet: what if it is true? It would be the biggest shock to the global economy in decades. Why? Because governments would surely have no choice but to retaliate with sanctions and demands for full-scale reparations.

Chinese goods might suddenly be locked out of the global market, creating shortages and sparking a vicious cycle of inflation. Global trade would collapse. And the financial markets would crash as Chinese money was pulled out.

Even without full-scale retaliation, confidence in China would collapse. Paradoxically, it would cause far more damage than even Covid itself – and that makes it the biggest threat to economic stability right now.

But I believe there is an even bigger implicit threat than a trade war, and much closer to home. One which we haven’t really got a grip on yet.

Remember, nothing has actually changed in terms of the information available about the Wuhan lab leak. Nothing except the media’s sudden coverage of old information, politicians declaring they are now willing to look at it, and scientists finally speaking up about the credibility of that information.

That’s why Australia has been calling for a proper investigation of Covid-19’s origins since April 2020. The Australians knew the Wuhan lab leak theory is likely based on the information we knew back then. It just wasn’t as politically controversial so say this in Australia. And the Australians copped the first shots of China’s trade war in response because they spoke out.

But I believe the reason for the sudden about face from world leaders, the media and scientists on the Wuhan lab leak theory is the real threat. And, completely blowing my mind, the Financial Times has accurately described the reason for this about-turn. The FT has to admitted something which I assumed it would never own up to.

In its piece “How Biden came around to the Wuhan lab-leak theory”, the FT writes this:

Current and former officials said there were several reasons why the Biden administration was willing to publicly entertain a theory that Democrats had once slammed.

A crucial factor was that critics were more open to the lab-leak theory now that Trump, who was viewed as wanting to vilify China to deflect blame for his handling of the pandemic, was out of office.

So the theory was dismissed based on who stated it, not its merit. With that person removed, the theory suddenly became credible.

Now you might expect this sort of nonsense from politicians. But when the topic is a pandemic, in an election year, such politicking is going to have consequences.

Perhaps the scientists were more honest?

So scientific positions were predetermined by politics. Scientists who knew Trump’s claims were credible shut up, while anyone claiming the lab leak theory was credible became labelled as a conspiracy theorist in the media.

Meanwhile, other scientists publicly lambasted Trump, including scientists supposedly working for his administration, despite the scientific evidence supporting Trump’s claims.

Politically powerful scientists said the Wuhan lab leak theory was “debunked”, a “conspiracy theory” and “pure baloney” according to the media. In fact, Anthony Fauci supposedly “crushed Donald Trump’s theory on the origins of the coronavirus” as CNN put it. That was in May 2020, six months before the presidential election.

Is that not election interference? For the scientific establishment to lambast one candidate as a fool, while remaining silent on the credibility of their claims? They did it for political reasons, according to the FT.

It seems to me the conspiracy lies in the science labs and newspaper offices, not just in Wuhan…

A former State Department official who worked on investigating the Wuhan lab leak theory added this in the FT article:

Even those of us working the issue inside the government were not well aware of how much scientific opinion was on our side because scientists were generally not speaking up, but you have had certain dams break over the past few months

Now I cannot overstate the importance of this. A publication in the mainstream media has stated that the media, scientists and politicians are all willing to deliberately mislead the public for the political gain of one political party.

Whenever you hear someone say “science,” what does that really mean in the face of this admission? Politically motivated media claims?

As one meme circulating on the internet put it, when people say “I believe in science”, what they really means is “I watch TV”. And as the New York Times put it, “some things are true, even if Trump believes them”. Or, if you prefer, as a journalist said, “some things may be true, even if Donald Trump said them.” It took the removal of Trump to make this self-evident statement palatable.

All this is great news for Nigel Farage and me, because it creates our niche of telling you what we believe is really going on. When some of the scientific and media establishment are so hell-bent on vilifying the likes of Trump that they are willing to mislead people, and they even admit they did so, this is an excellent advertisement for Fortune & Freedom’s purpose.

But consider for a moment what it does to trust in the media, science and politics.

And what happens when people lose (even more) faith in those institutions?

The activists of all stripes are already grabbing hold of the story’s implications. “If you’re surprised we were right about the Wuhan lab leak, just wait until you find out we’re right about [insert claim].” It suddenly sounds a whole lot more credible, whatever their claim may be.

Of course, the UK public intuitively understands all this after Brexit. It’s a remarkably similar sequence of events to Project Fear. But the political consequences of Project Fear were a complete mess until Brexiteer Boris Johnson steadied the ship.

Will Trump make a comeback and do the same? I think it’s become a lot more likely over the last few weeks. Unfortunately, this would create a political uproar and drama of extreme proportions in the United States.

But my real message for you is this: what else might be subject to the same sort of political frenzy as the Wuhan lab leak story? Can you think of any other areas where science, the media and politics interact in similarly biased ways? Where the party line rules the science and the media portrayal of important issues…

The list is rather long, if you ask me.

PS My friend Sam Volkering told me about bitcoin in 2012, cannabis before it was legalised and 5G before I was on to 4G. Now he won’t stop telling me about the latest craze to strike markets. You’ve probably seen it all over the news and wondered what it is and how to make money from it. And so Sam, in characteristic style, has put together a summit to explain just that. Find out more here.