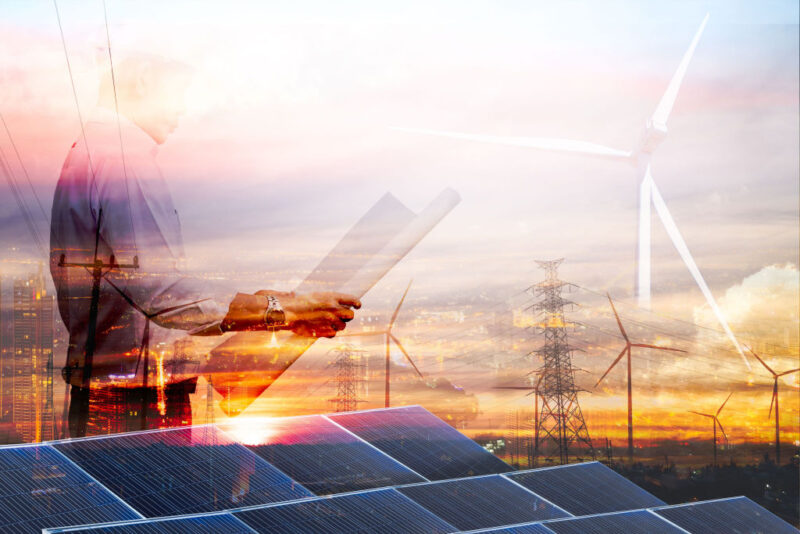 Good news, everyone. Vladimir Putin has single-handedly solved the problem of climate change. How? By invading Ukraine. To understand, let me take you back in time, to when a white policeman ended the pandemic…

Do you remember any significant event taking place in 2020? Let me help you. It was the year when the issue of racism in the US became so important that it triggered a global protest movement. A white policeman killed a black man during an arrest, sparking international chaos and a global movement.

Well, believe it or not, that was also the year a pandemic began. But you wouldn’t know it from reading the news or health advice at the time of the George Floyd arrest. The pandemic was simply suspended to make way for the issue of racism. Black Lives Matter suddenly mattered more than saving the NHS.

Public health officials who had demanded we remain in our homes suddenly advocated gathering in large groups. Medical experts who told us to limit our breathing recommended screaming at one other. Advocating for social distancing was replaced with excuses for anti-social behaviour.

Well, it’s the same with Russia and climate change today. Our attempt to punish Russia’s economy for the invasion of Ukraine has taken precedence over saving the planet. The shift is equally swift and absolute.

The Germans are so desperate to avoid Russian gas and Russian pipelines that they are felling their own windmills to get at the coal underneath. United States President Joe Biden is demanding oil companies produce more of what was the world’s most perilous substance before February – oil. He’s even releasing the dangerous stuff from the government’s reserves, presumably to try and fight the coming Russian winter with a little more global warming.

It’s not just the politicians. Bloomberg uncovered that business executives are already trying to hide their efforts to save the planet: “Survey findings suggest that the stigma of so-called greenwashing is so feared that corporate executives will do anything to avoid being accused of it.”

Greenwashing and greenhushing have taken over from ESG as the themes most covered by the media. In case you didn’t know, because I didn’t, greenhushing is the practice of keeping your company’s environmental efforts secret to avoid any scrutiny.

How’s that for a shift!? From virtue-signalling PR stunts to undercover gardening in the space of a few months. Why? Because we need more energy to fight Putin, not less energy to fight climate change.

Are politicians urging you to shorten your cold showers to save polar bears and the Great Barrier Reef, or to stick it to Putin?

Are pipelines top of the news because of carbon or Crimea?

Are utilities commandeering thermostats to reduce emissions or save gas supplies?

But the change has been social, too. Drivers are dragging protestors off their anti-emissions roadblocks. Defacing art is no longer considered acceptable for those trying to save the planet (unless the artwork is a sculpture of someone right-wing and racist). And some marketing genius at Porsche just came up with an absolute masterstroke:

‘Nine of us glued to the floor and some of us on hunger strike until our demands to decarbonise the German transport sector are met.

[Porsche] told us that they supported our right to protest, but they refused our request to provide us with a bowl to urinate and defecate in a decent manner while we are glued, and have turned off the heating.’

It makes me warm inside. Only the Children’s Crusade ended more ignobly than that.

The shifts we’ve seen would have seemed impossible just months ago, when saving the planet was considered more important than fighting Russia. How naïve we were.

But all this must beg the question for all the enthusiastic idealogues gluing themselves to the latest natural element non grata: what if they’re just a bunch of useful idiots? What if the anti-Russia craze is just another financial fad designed to make politicians more powerful, the wealthy richer, conglomerates cosier and you more compliant?

We’ve seen a lot of financial fads play out over the past few decades. Tech stocks, house prices, bonds and plenty more assets all went the way of the Grand old Duke of York – all the way up, and all the way back down again. But it’s looking like climate change is the latest bubble to burst, and it’s replaced by the issue of Russia.

Of course, it’s understandable. As American philosopher Eric Hoffer famously wrote, “Every great cause starts as a movement, becomes a business and eventually degenerates into a racket.”

We don’t need to guess where we were at in that sequence back in 2021. Green tech investors made off like bandits. I watched them, jealously. But, as every good communist knows, after the racket come the consequences.

In 2022, the winds began to change. The green tech bubble imploded quite badly. Coal and oil stocks boomed instead as the Russia narrative delivered stock returns.

What will 2023 bring? What racket will replace the “Russia” one?

It depends on who or what we all decide to obsess about. Or what the media, social media, and politicians decide we should obsess about.

But one thing’s for sure. Vladimir Putin will suddenly matter a lot less, just as saving the planet is unpopular today.