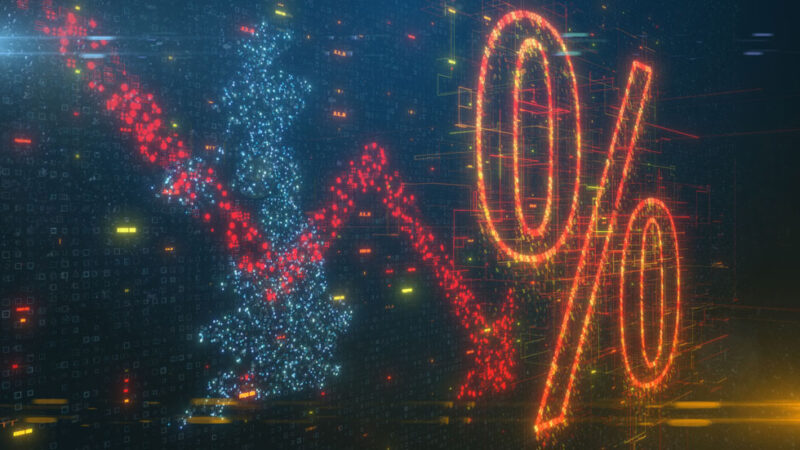 Yesterday’s Fortune & Freedom explored the weird and not so wonderful world of negative interest rates.

We focused on the theoretical side of things. Why central bankers impose negative rates, what they expect will happen and what economists expect will actually happen instead.

But what should you do about the consequences of the latest mad experiment with our money? If negative rates really do strike in the UK, how do you protect yourself?

Well, yesterday we focused on what happens to banks under a negative rate regime. In short, they struggle.

That’s not theory. Reuters has the story:

Profits from lending and fees at Japan’s smaller banks are falling faster than expected amid ultra-low interest rates, with more than half of the institutions losing money on these core operations, the financial regulator warned in a draft report.

I mean, how hard can it be? You get money from depositors by offering them interest on savings. And then you lend it out at a slightly higher interest rate. They used to say bankers could make it to the golf course by 3pm using this model.

Well, when rates are below zero, things get problematic. Because you’re lending money at a loss. Unless you can pass negative rates on to your customers, the core business of a bank becomes unprofitable.

Just look at bank share prices to see the damage this does. The countries with ridiculously low interest rates, and negative ones, have seen their banks’ share prices languish on the stockmarket.

When negative interest rates first became a big deal, in the last month of 2015, Citibank researchers began tracking what happened to banks as a result.

The divergence in bank share prices over the subsequent nine months was huge. At the time of the research’s publication, bank share prices in negative rate nations had fallen 25%, while the others’ banks had held their value.

The obvious conclusion? If you agree with me about negative interest rates coming to the UK, avoid UK bank stocks in your share portfolio.

Escape the banking system itself

Another option for evading negative rates is to escape the banking system’s hold on your life. Which is especially hard to do in an increasingly cashless society thanks to Covid-19. But you can move a portion of your wealth outside the financial system. To protect at least some of it.

Precious metals remain the best way to do this. And they tend to rise in value especially fast in a specific type of economic environment. When inflation is higher than interest rates.

I know this gets confusing, but stick with me. Because understanding it becomes crucial when negative rates hit.

Inflation is how fast prices are rising. Interest rates are how fast the amount of cash in a savings account increases.

If interest rates are higher than inflation, you can put your money in the bank and not lose its purchasing power. But if inflation is higher than the interest your cash in the bank earns, then the value of your money is being whittled away. You’re better off buying something which goes up in price alongside inflation.

All of this is rather relevant to our topic of interest rates going negative, isn’t it? Because inflation tends to be above zero. So, in a world of negative rates, inflation should remain above interest rates for quite some time.

That’s great for gold – the easiest way to escape inflation.

But why does this hold true for gold?

Well, gold doesn’t pay any income. So, when interest rates are above the rate of inflation, leaving your money in the bank looks like a better option. You get paid interest. A respectable amount, too.

But if inflation outpaces interest rates, then suddenly gold looks like a preferable way to preserve your wealth. Because the gold price tends to keep pace with inflation, especially over long periods of time.

As more and more people look to gold in such an environment, it bids up the price. That’s why gold has outperformed all major classes over the last 20 years – we’ve had very low interest rates. And inflation higher than interest rates for much of that time.

This trend would likely accelerate if rates here in the UK go negative. And the gold price will rise.

Another way to battle negative rates is to increase how much you save.

If you want to achieve a certain quality of life in retirement, and central bankers are making that more difficult by reducing the return on your savings, you can try to play their game and invest in higher risk and higher return assets. Or you can beat them at their own game and save more instead.

Of course, the whole point of cutting rates is to goad you into borrowing and taking more risk. But the evidence suggests some people actually do the opposite.

Instead of borrowing and spending more when it’s cheaper to do so, the Japanese and Germans in particular seem to save more instead. They offset the lower returns on their savings by saving more. That’s the opposite of what their central bankers wanted.

The Swiss did what you’d expect the Swiss to do. Instead of parking their money in negative interest rate earning accounts, they converted to cash and put the money into safety deposit boxes!

Negative interest rates will impact all of us differently. So we should deal with them differently too. I’m planning on buying a home to benefit from low rates, for example.

To make sure you tackle negative rates in a way that suits you, you need to understand them first. Hopefully today’s Fortune & Freedom has helped. Because, in my view, negative rates are on the way to the UK.