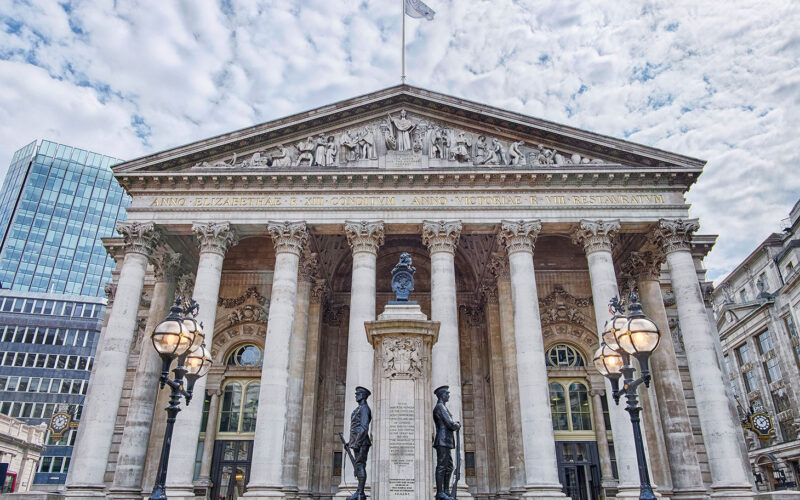 On 28 September, economists at the US central bank published some important research. It concluded that imposing negative interest rates is a bad idea.

Sure enough, two weeks later, the Bank of England asked our banks whether they’re prepared for negative interest rates…

But what are negative interest rates? Are they really coming to the UK? And what do they mean for you?

Negative interest rates may seem bizarre or impossible. But, when central bankers are involved, the bizarre becomes a lot more possible.

Negative interest rates are simply when central banks like our Bank of England lower their interest rate below zero.

Yes, this means that some people in Denmark actually have negative interest rate mortgages. The Guardian reported that, “Jyske Bank will effectively pay borrowers 0.5% a year to take out a loan.”

(In reality, the mortgage balance owed just goes down faster than the amount of the repayments made. But you get the idea.)

All of this probably sounds rather good. Especially if you’re a borrower on a variable rate mortgage. Bring on the negative rate mortgage!

But it isn’t good at all. Negative interest rates are downright dangerous. For a long list of reasons. And you need to be prepared for the fallout.

Paying for your deposits

Do you remember when savings at the bank earned interest? More interest than the inflation rate, I mean.

Yes, the good old days when savers were rewarded for thrift. And you didn’t have to speculate in financial markets to get returns on your retirement savings.

Well, under negative rates, banks like to charge their customers for their deposits. Usually only large deposits. But it’s still a remarkable shift from earning decent interest on savings.

In other words, your free bank accounts could soon be slapped with fees. We’re talking monthly fees, just for having a bank account at all.

If that sounds outrageous, consider it’s not that unusual internationally. My Aussie account charges me $5 per month, for example. The UK’s free bank accounts are the outlier. Although our banks make up for it with fees elsewhere, of course.

But what do negative interest rates at the Bank of England have to do with fees on your bank accounts?

Well, that’s where things get more complex. We’ll have to go one step back to go two steps forward.

Why go below zero?

Central banks cut interest rates to spur on the economy. This works in three main ways. It encourages borrowing, discourages saving and generates some inflation. (Economists falsely believe all three are good things, but that’s another story for another day.)

Well, you can try it. That’s what some of the Europeans and the Japanese did. They cut rates below zero. The Danish example is the most extreme because of the negative rate mortgages it created.

But cutting rates below zero didn’t work very well at all. That’s what the American research paper from the Federal Reserve concluded. Not that this would stop us from trying it here, apparently.

The Bank of England is actively considering it. And it has asked the UK banks whether they could even process the change. It’s a bit like the whole Y2K bug story. What happens when rates go below zero? Do bank IT systems go haywire?

I’m not worried about whether negative interest rates can be processed by bankers’ software. The Danes did it in 2015. Japan managed to it in 2016 without a hitch. And many others have followed since.

But I am worried about what negative rates will do to you.

The problem with low and negative rates is that banks don’t like them. Which may sound like good news. Especially in a newsletter about taking on the financial establishment.

And perhaps it really is good news for those of us trying to get or refinance a mortgage. At least it would be good news in the short run.

But here’s the thing. When bankers aren’t busy wreaking havoc with your money or ripping you off (or both), they do perform some useful functions. They lend money.

And if they can’t do so at a decent profit, well, they won’t do so.

Sure, borrowing at 0% sounds good to you and me. But would you lend someone money at that rate?

Negative interest rates mean bankers are agreeing to lose money on their lending. Does that sound like something they would do?

And if they did do it, what do you think would happen to the bank over time? It would start to struggle.

In other words, negative interest rates do so much damage to banks that they undermine the banks’ lending activities. And even their financial soundness.

Banks then pass this lack of revenue on to their depositors. In the form of fees on accounts, negative rates on large deposits, or other fees. Either way, we end up paying somehow.

The point is, when rates go negative, banks lend less and make money in other ways.

Either way, it’s not great news for an economy addicted to debt. And not good news for anyone who needs a bank account. Which is all of us. Especially lately.

Of course, savers barely get a mention in all this. That’s for a reason.

One of the aims of negative rates is to get savers to become borrowers, or to invest their money. In risky investments – the only ones out there even promising decent returns.

This is how and why stockmarkets benefit from low interest rates. It’s savers being forced out of safe investments, looking for decent returns from stocks. They bid up prices.

The worry is of course what happens when interest rates rise and the whole thing reverses. But back to that another day.

Before you go, consider the irony in all of this. The Bank of England’s original purpose was to save the banking system from short-term panics. The whole “manipulation of interest rates for the benefit of the wider economy” thing came much later.

Who will the Bank of England choose to favour?

I think you should expect negative interest rates right here in the UK. The Bank of England is preparing the banks for a reason.

The real question is whether you should be tricked into doing what the Bank of England governor wants you to do. Should you borrow more money or invest in riskier investments? Or should you take the bank fees and negative rates on your deposits on the chin?

More on that tomorrow. Plus Nigel’s take on what negative rates mean for you. So, stay tuned.