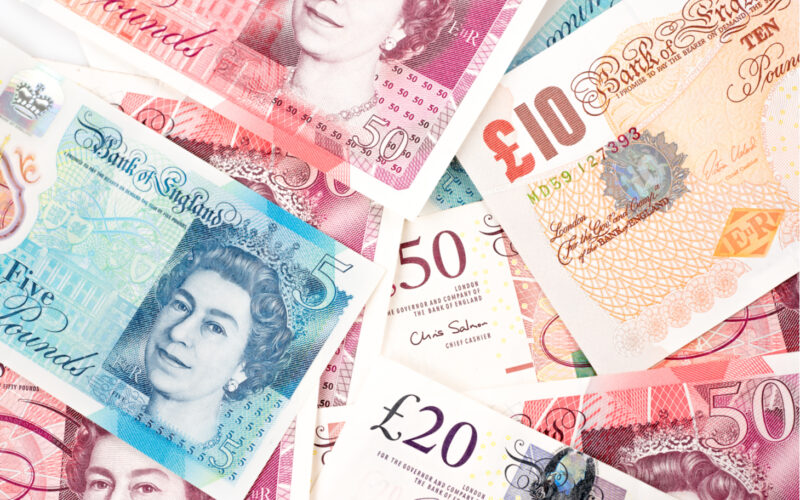 What if our surging inflation rate is a deliberate government policy to devalue our money? With ridiculously low interest rates to add insult to injury?

Actually, it is. So says financial market historian Russell Napier. It’s called financial repression – the attempt to inflate away government debt by devaluing money without compensating investors and savers with higher interest rates. We explained how it works yesterday.

If you’re worried about inflation and have woken up to the fact that it’s a deliberate policy which the Bank of England won’t be saving you from, because they’re too busy saving the government instead, what do you do?

This is one answer.

You opt out of money itself. And I’m not referring to buying investments. Because those are just promises to pay more government money at some point in the future, when it’ll be worth less.

During the period of financial repression which Napier referred to in his interview with the Swiss website The Market, stock markets performed very well. This was after World War II, when the government faced a mountain of debt and used the combination of inflation and low interest rates to repay it. UK bondholders got robbed. But what about shareholders?

Napier explained why stocks were a good escape route from financial repression back then:

If you had been in equities during that time, you did very well. That’s why I’m bullish for equities today. However, there is one crucial difference: At the end of the war, the yield on 10-year Treasuries was 2,5%, and the dividend yield for equities was 10%.

But that’s not all…

Equities started the period of financial repression at dirt cheap valuations. From 1945 to 1966, you had this catch-up where the cyclically-adjusted P/E went from 9x to 25x. Today, equities enter this period at an already very rich valuation.

As Fortune magazine points out, “Bubble warning: The S&P 500 has only been this expensive for 4% of the past 140 years”. In other words, stocks are already in a bubble too.

So, stocks don’t look to be a particularly good way out of inflation and financial repression this time around.

Another threat is the possibility of stagflation instead of the post-war economic growth. A rerun of the 1970s instead of the 1950s, in other words. This would weigh heavily on financial assets too.

So, if traditional investments aren’t offering a particularly good escape from financial repression, what is?

That asset is of course this one.

Whenever governments try to tighten their grip on an economy, it only breeds escape mechanisms. Bitcoin was born in the financial crisis as an alternative to government money in the banking system.

It has since served that purpose in places like Argentina, where financial repression and capital controls are a huge part of life. People there use bitcoin to preserve wealth in the face of inflation and to transfer funds freely.

Usually, bitcoin advocates have a lot to say about the benefits of the cryptocurrency. Those advantages include decentralisation, limited supply and potential anonymity.

But, what if the bitcoin boom takes off, in the form of widescale adoption and use, because it is comparatively better than our government money under financial repression?

What if bitcoin is the least bad alternative for your wealth?

Right now, the bitcoin market is chaotic, volatile and subject to all sorts of inefficiencies and costs. But it’s improving and adoption continues to grow.

Meanwhile, our fiat currency system is straining at its bonds, pun intended. When governments begin to use money as a policy tool to rob their citizens of wealth in order to deal with their vast sovereign debts, suddenly the alternatives to government money start to look a lot better.

The great escape from government money could well mean an influx into bitcoin, triggering another price spike of extraordinary proportions.

Such a boom would be fundamentally different to the speculative booms that bitcoin has experienced in the past because the money won’t be so speculative. It’ll be escaping from government money, government interest rates and government inflation itself.

In the film The Great Escape, the key question is who gets to go through the tunnel first or – if you prefer – in what order do the escapees get to make their bid for freedom?

The earlier you go, the better are your chances…

That means the best time to begin your escape is now.