There will never be a true Freedom Day 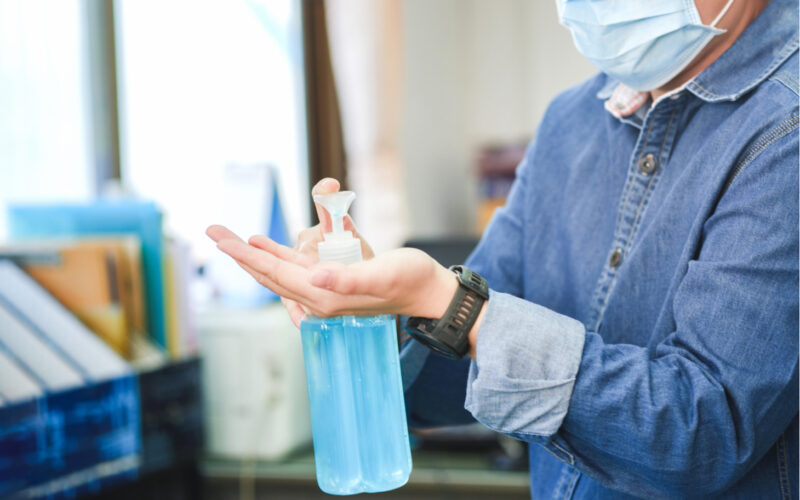 They called it Freedom Day. But I didn’t notice any difference. This is perhaps because I don’t go nightclubbing. Or because I’m stuck in Japan…

Here’s what I did notice about Freedom Day.

Prime Minister Boris Johnson announced a Covid vaccine passport, which he had previously ruled out, from the confines of isolation, after getting pinged by an app, after getting double jabbed.

And they called it Freedom Day.

You couldn’t make it up. You just couldn’t.

Meanwhile, the pingdemic is even threatening the sorts of supermarket shortages which Brexit was supposed to trigger… That’s how bad the pingdemic is. Worse than Brexit!

Surely the UK establishment would never allow something to happen that is worse than Brexit was supposed to be?

In the end, all it took was a government app to cause the chaos.

As far as I’m concerned, the pinged are getting what they deserve for downloading the app in the first place. What did they expect from a government app? That it would let them live their lives without interruption? That it would… work?

Of course, there are exemptions from the pingdemic for the important people. That’s the most basic way government functions. Muck everything up and then dish out exemptions selectively.

If anything, Freedom Day has highlighted our lack of freedoms and just how fragile they are. It has shown how easily the government can take them away, as a precautionary measure.

It’s impressive, when you think about it like that. Some of our basic freedoms can be taken away as a precaution…

If that’s all it takes, I’m surprise we’re allowed out the house at all given the risks of doing so. How many people die each year, outside their home?

And once the government discovers the consequences of lockdowns, we may not be allowed to go home either. There could be “lockouts” instead of lockdowns. We could be forced to hug each other at the pub to prevent outbreaks of poor mental health. After all, most Covid transmissions happen at home, so home is a place to avoid. It’s dangerous.

On the road to nowhere?

In many ways, it feels like we’re back to square one on the pandemic. We have cases surging, lockdowns imminent and the uncertainty of what happens next, let alone when or how it’ll end.

And government policy? That’s the biggest uncertainty of all. No two nations have “followed the science” in quite the same way. Or are they following different science?

We felt closer to the end of the pandemic this time last year than on Freedom Day… When the second, third, fourth and fifth waves were a distant potential prospect.

Don’t worry, there won’t be a sixth, seventh or eight wave though…

In other ways, we’ve come far, such as on the vaccines, herd immunity and, unfortunately, so many of those who are susceptible having passed away – which should mean less deaths in the future. No doubt vaccines will get the credit for that.

From where I sit, most of the evidence suggests we’re still very much in the middle of the pandemic.

Cases in the former media Covid darlings Australia, Vietnam, South Korea and Thailand are soaring, showing that even those countries who we thought could keep the virus under control can’t. Whatever we supposedly learned from them wasn’t so useful after all.

Singapore’s attempt to lift restrictions and live with Covid lasted all of four days. That’s right: there were just four days before restrictions came back. The virus doesn’t even spread that fast…

Weeks ago, articles about how Gibraltar gave us a window into our future were all over the place. The Wall Street Journal’s headline put it best:

Want a Peek at Post-Covid Life? Check Out Gibraltar

After vaccinating 85% of adults, the U.K. territory savors the old normal; ‘people greet each other in the street, shaking hands, hugging’

Not for long, they weren’t. Restrictions are back there too, including for the fully vaccinated.

Australia, meanwhile, is intent on extending its harsh illegal immigration measures to its own citizens. It has halved the number of international arrivals to the lowest available number of entries yet. One quarantined traveller staged a daring escape by tying together bedsheets and climbing out the window.

Despite the increasingly tight quarantine of an entire nation – keeping everyone out and everyone in – the outbreaks and lockdowns continue to get worse too, with half the nation under severe restrictions last week. Cases amidst the lockdown? They’re going up in number.

It seems that the Australians didn’t get the memo. A study by German scientists claims that infection rates were already falling ahead of lockdown. You’re only supposed to impose lockdowns once the peak is drawing near, so that it looks like they work in reducing cases.

The Lucky Country should be getting used to its rolling lockdowns by now, with some part of the nation seemingly stuck under restrictions at any given moment. It has felt as if I begin my weekly article for our Australian sister publication with the words “another week, another lockdown” for months now.

Because the lockdowns are managed on a state-by-state basis and not at the national level in Australia, the political football between state premiers has been exceptional entertainment. Each time abuse and criticism is hurled across a closed state border by one leader, it’s only a matter of time before it boomerangs back when the next Covid outbreak occurs in their own state.

What’s the endpoint for a nation like Australia? If the UK, Singapore and Israel aren’t restriction free with their high vaccination rates, what’s the way out of the pandemic?

Plenty of people have answers to all these questions I’m asking. But they differ wildly. And they change all the time. That’s the point. We’re no more certain now than we were a year ago. That is especially so because vaccines haven’t changed much in terms of restrictions in so many places. The light at the end of the tunnel is the tail-light of Israel, Seychelles or Singapore. And it’s not the end of the tunnel after all.

Of course, so far, the uptick in cases in the UK hasn’t been matched with the usual increase in deaths. The same is true in places like Israel. That’s great news.

But that doesn’t mean there’s no impact. Because we remain stuck with the same lockdowns and policy restrictions regardless. And deaths will increase a little at least. How much is too much? How many Covid deaths justify a lockdown?

Perhaps the politicians just don’t quite trust those vaccine efficacy studies themselves. They don’t follow the science which supposedly used to tell us we could live life normally with the vaccines.

The price of lockdowns

There is a way out of the pandemic, of course. We’ll find it eventually. The question is what it costs us in the meantime.

Nothing, if you ask the stock market. The main Australian stock market index hit all-time highs recently. That happened with half the nation under lockdown.

A few weeks ago, we discussed whether the Delta variant’s spread would trigger another financial crisis, or whether governments and central bankers would be able to paper over the crisis again.

Since then, the stock market hasn’t given us a clear answer. It has jumped, face planted and bounced all over the place. A few times, it looked like the Delta variant spike would drag markets down. But things generally bounced back shortly after.

But here’s what you need to keep in mind. We will always be one variant away from another lockdown. Now that governments have the power to lock us in our homes, they have it. That’s it. It’s over. Freedom is by their leave only. And it’ll be very easy to find a reason to take it away, if all it takes to justify this is a precaution.

And secondly, lockdowns and looming lockdowns will do severe lasting damage to our economy – and many others.

The question is: what will the damage be?

It will be stagflation – of a kind last seen on large scale in the 1970s?

Alternatively, will it lead to a debt crisis?

And there are only two assets I know of which will benefit from both environments. One is gold. Find out what the other is here.