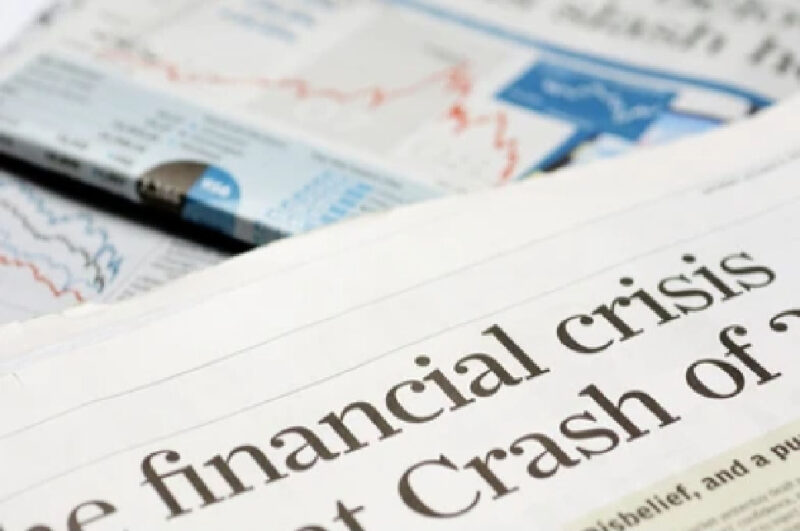 Have you been wondering how central banks will save us this time? With inflation closing in on double digits, how will they justify printing money to rescue stock markets and bid up the price of everything again?

We got a hint of it last week. The Bank of England returned to quantitative easing (QE) to save some pension funds. And, sure enough, markets surged. But only for a day.

After a decade of QE, the market needs a more constant fix to get properly high again. So, how will central banks justify a proper round of QE?

A real financial crisis is precisely what we need to provide a boost to financial markets. It’s not like we’re going to get an economic boom over the coming winter which causes earnings to surge and healthy optimism to break out…

No, the best that investors can hope for is a financial crisis that brings back the old “bad news is good news” adage. That way we can turn sovereign debt crises, an energy crisis, recessions and financial busts into a rising stock market again, like in the good old days.

This is because bad news gives central bankers the opportunity – no, the excuse – to get back to printing money, the sole source of financial-market fuel left these days.

And central bankers have certainly been doing their very best to create such a financial crisis, too. They’ve been hiking rates at a clip not seen outside the ERM or other currency crises. Something has to snap somewhere.

And, if only for a day, that something was UK pension funds. Which is incredibly ironic. I mean, who would’ve thought a bunch of pension funds would be the first to blow up?

Before we mention why, and what actually happened, consider the relevance to what I’ve been going on about above. The UK pension-fund debacle brought the Bank of England right back into the market with QE.

Of course, they said it wasn’t QE. They called it a “Gilt Market Operation”. It was more of a surgical strike than helicopter money. But that just means that we’re at the “change the name of the policy” part of the crisis. The underlying policy – buying government bonds – is of course the same. But, according to the Bank of England, if your intention is different, then the action is not the same thing.

Having failed to explain the nature of the fallacy to my two-year-old daughter, I’m not going to try with the Bank of England…

Anyway, proving my point above about needing a financial crisis to get markets rising again, markets soared as a result of the Bank of England’s intervention. Huzzah!

It only lasted for a day. But it reveals something important. The drug dealers are only waiting for their patient to relapse. The slightest bad experience in the real world and financial markets will be clamouring for the la-la-land of QE again.

Central banks like the Bank of England remain poised to reverse their tight monetary policy at the slightest sign of an excuse to do so. Investors betting on a crash need to be wary of this.

I know a lot of people who anticipated, predicted and bet on the 2008 financial crisis happening. But all failed to profit from it in the end. And one of the key reasons was that government and central bank bailouts caused several large market spikes to occur every now and then on the way down.

It’s tough to remain pessimistic when you’ve got a central banker with a limitless budget and a lawmaker willing to break the rules trying to push markets back up again.

But what was bad enough for the Bank of England to go right back to causing the inflation it claims to be fighting?

Well, according to the financial media, some major UK pension funds made punts on government bonds in derivatives markets. These punts bore a close relationship with the funds’ actual investment holdings – also largely government bonds. This should have made the overall situation safe and stable.

You can safely bet in derivatives markets if you hold the underlying asset because the returns on one side should offset the other. In such a scenario, the derivatives are a “hedge” and should reduce risk, not increase it.

But, when the derivatives bet went against them, the pension funds were required by the rules in derivatives markets to cough up more cash as collateral. This is a broadly applied rule that seeks to protect those markets from defaults.

Now, nobody was questioning the solvency of the pension funds. They’re funds, after all, with large assets and liabilities that are sometimes decades away. The issue was whether the funds could scrape together the cash required fast enough to meet the collateral requirements.

They could, but only by selling government bonds. And, as you can imagine, that  would have  worsened the crash in the prices of in government bonds. That, in turn, would have increased the losses on the derivatives. Which would have required handing over even more cash. And so the doom loop would have got underway… as it did, for a while.

By backing government bonds, the Bank of England had the power to break this doom loop. It bid up bond prices and returned derivatives positions to more manageable losses, which require coughing up less cash by the pension funds.

With this serious problem (apparently) solved, and markets soared.

While most pundits have been saying that this sugar high was only brief because the Bank of England’s intervention was only temporary, I’d like to say precisely the opposite.

The same goes for financial markets. We’re only ever one crisis away from more QE, whatever the inflation rate.

The latest episode is just confirmation. It is a reminder of what’s true.

Perhaps that’s why we’ve had such a severe crash in asset markets without a crisis yet. Because crises are no longer permitted.

But even that hasn’t been enough to keep markets up. Because, without a financial crisis, the excuse for the policies which push them up is also gone.

So, how will central bankers reflate financial markets in the future?

You need a proper crisis, right? How else can they go back to proper QE?

Well, there’s another option. One which I see dominating the next few years if we don’t manage to get a proper financial crisis that allows central banks to goose markets again.

More on that soon. But, for now, remember that central bankers are only ever one financial crisis away from engineering a stock market boom. If only they can get a good enough crisis.

That’s why you should still be invested in the market. The only question is how. And this is the best answer right now.