An £11.175 billion government bailout for the Bank of England is just the start 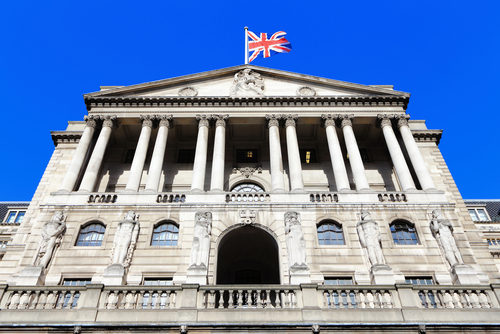 They won’t call it a bailout, of course. At least, not on Bloomberg: “The new £11.175 billion injection is listed under ‘assistance to financial institutions — payment to the BoE.’”

And this “assistance” only covers six months of projected losses for the Bank of England (BoE) on its government bond holdings. So it’s only the beginning of the bailout… oh, sorry, “financial assistance”.

Almost a billion has already been submitted in advance by the Treasury, which is rather nice. And now that the money has been sent, Parliament is set to debate today on whether to send it or not…

The bailout is only fair though. The government benefitted from the BoE’s vast bond purchases under quantitative easing (QE) for more than a decade. It made its borrowing cheaper. And the Bank has been sending its profits from holding the government debt back to the Treasury over the years. About £120 billion in “transfers” (not bailouts) so far. So it’s only right that the government should support the Bank on losses in return.

What losses? Well, the Bank is planning on conducting quantitative tightening – QT. It will sell government bonds back into the market, reversing its purchases under QE. The idea is to bring inflation back down by pulling money out of the economy and replacing it with government debt.

At least it tried, though. Well, it tried to try. But the day before the announcement on how it would conduct QT, the UK bond market had its whopping meltdown.

After more than a decade of the BoE bidding up the bond market, it’s no surprise that investors aren’t willing to hold UK government bonds when the Bank turns seller. Especially with it engineering an inflation rate several times higher than bond yields.

It’s all a bit odd though, isn’t it? Especially when you consider the scheme as a whole.

It sounds like something a teenager would pull out of a hat in an argument about pocket money.

Or perhaps they just have really good accountants.

Here’s the real explanation for what’s going on…

Some clever fellow at the BoE, and there can’t be many suspects given its performance lately, decided that, in return for paying the profits from QE to the Treasury in the good years, the Bank would get an indemnity for any losses the Bank might make under QT.

The risk of wild monetary policy, in other words, is being borne by the Treasury, not the BoE. It is the British taxpayer who briefly benefitted, and will end up paying for the madness of money printing. And not just via inflation, but via losses on the government bonds purchased, too.

The indemnity which the BoE got for losses on QE, it’s against you.

To be fair, this could end up being the trade of the century…for the BoE. If the Bank is paid £11.175 billion for six months’ losses, and QT takes a decade at today’s pace, that’s an impressive bailout! Not that we know how big the losses on QE will get. But they’re currently sitting on about £200 billion in losses on a £838 billion portfolio of bonds… (The estimates were only half as bad back in February…)

Bloomberg has done the maths:

Bloomberg calculations suggest the BOE’s annual loss could top £20 billion as soon as next year. Andrew Hauser, executive director for markets at the BOE, told parliament on Wednesday that it could take 10 years to unwind QE.

This is sounding like quite a bailout for the Treasury to be conducting!

No wonder the BoE had to rescue the government bond market recently. Not only are its own pension funds invested in the type of fund which melted down, but its guarantor on QE losses was going to struggle to pay up under the indemnity too!

I also want to point out that the cash is flowing to the BoE in anticipation of projected losses on QT. The government isn’t waiting for the BoE to go bust before bailing it out. It’s sending the cash in advance. I wonder why? They must really need it…

But why is Jan Nieuwenhuijs calling this setup a “Debt/death spiral” on his excellent Twitter feed?

The crash is just as self-reinforcing as the pensions debacle a few weeks ago, which kicked off all the drama. Only, this time, it’s not the pension system that’s failing. It’s the UK government!

This is a case of the bust bailing out the broke. And they’re taking it in turns to save one other.

But, in the end, it’s newly created money which is backing both the BoE and the government. Luckily, the inflation that keeps this façade upright hasn’t emerged…

Now, as far as I know, other countries do not have the same indemnity for their central bank. This doesn’t mean they won’t be performing the same bailout. But what happens to a central bank in need of a bailout just isn’t entirely certain. It’s not like there can be a bank run because the central bank only serves the institutions that depend on it for their own bailouts – the government and the banking system.

But, in the UK, those clever fellows at the BoE were sure to insist on an indemnity against losses. They closed the doom loop which is undermining the government’s fiscal position, the BoE’s financial position and the bond market itself. Not to mention the pound.

But at least the central bankers have a sense of humour. The BoE had initially planned to resume bond sales (QT) on 31 October. Yes, Halloween!

But it seems the Bank doesn’t have a sense of humour for long, and it quickly revised the date to 1 November. We’ll all be waking up with egg on our houses then… that’s if delinquents can still afford them and supply chain chaos hasn’t caused a shortage…