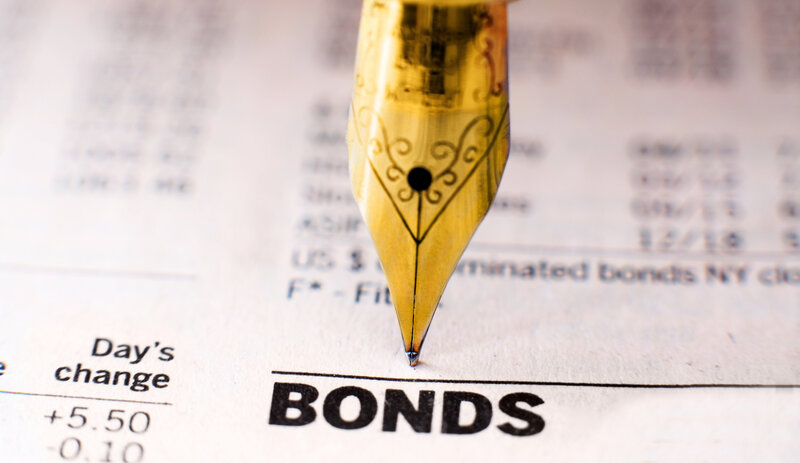 We’ve been here before, of course.

After the financial crisis of 2008, central bankers were faced with the task of unwinding their vast monetary policy stimulus with which they had fought off the crash in 2009. And in 2013, this triggered the “Taper Tantrum” in financial markets. Well, history may be repeating.

Yesterday we examined how the threat exposed by the Australian bond market’s “canary in the coalmine” experience has spread to the UK, and on from there.

Today we dig into the underlying problems and the similarities which make Australia’s and the UK’s recent experience so dangerous for the rest of the world.

But first, there’s news of a new victim. The latest bond market to take a hit was that of the United States. A poor auction for 30-year Treasury bonds last week sent yields spiking upwards.

In other words, when the US government tried to borrow money for 30 years, it had to offer an unexpectedly high rate of interest to entice investors to hand over the cash.

Now, when I explained that central bankers have a tiger, or rather a bond market, “by the tail”, I didn’t expect to be literally correct. But, it turns out that bond markets actually have tails. And it was the tail which blew out in the US bond market.

Although the definition is complex, the underlying idea of a bond auction “tail” is the gap between where traders expected the auction to price and where it did price at the auction. As mentioned above, the US government had to offer an unexpectedly high interest payment in order to sell its debt, which means the “tail” measure came in higher than usual.

Daily FX described how the tail exploded to ten times its usual size, setting a record, and it went into the consequences too:

A weaker-than-expected auction of 30-year Treasury bonds saw a tail of 5.2 basis points, the largest on record for a 30-year auction. For context, the average tail over the last 6 months has been only 0.5 basis points. The US Treasury sold $25 billion of 30-year securities at a high yield of 1.94%, compared to a pre-auction yield of 1.888%. The immediate spike in yields pushed the US Dollar higher, with the Greenback hitting fresh one-year highs above 98.84.

So the tail blew out to ten times its usual size.

Remember, the key argument is that instability in the bond market, which may seem small and irrelevant to you, is having disproportionate impacts elsewhere. And it’s hinting that larger problems may well be afoot in the bond market itself too.

But I wanted to focus on our understanding of something more theoretical today, so that you can understand what’s really going on here. And whether we’re looking at Taper Tantrum Two.

Monetary policy has been conducted in a surprisingly wide variety of ways over the past few decades.

Then came quantitative easing (QE), under which central banks buy government bonds, in order to expand the money supply and to inject liquidity into the financial system.

QE’s scope was widened to include more and more different assets beyond bonds.

Next came yield curve control, which we’ll dig into below.

Here’s what you need to notice about all these policies: it’s not their differences, but their similarities that matter. Even though the stated goals of the policy are changing, the underlying actions are the same. Central banks inject money into the banking system by buying stuff. They just change the label, and what it is that they buy.

At the heart of recent bouts of intervention, although not always officially so, is the idea of “yield curve control”. It’s an important but slightly odd concept. It’s important enough for a brief breach of our promise not to use quixotic verbiage in Fortune & Freedom.

Governments tend to borrow money for 3 months, 1 year, 2 years, 5 years, 7 years, 10 years and 30 years. Interestingly, the Austrian government has pushed its luck with a 100-year bond…

The yield curve is a chart that shows the yield on those bonds over their various maturities. On the x-axis you have the years borrowed. On the y-axis the interest rate that has to be offered by governments to lenders.

Usually, the longer a government borrows for, the higher the interest it must pay, which means that the yield curve rises.

The problem with yield curve control is… well, there are too many to go through here.

But, think of it like grabbing a tiger by the tail and then slowly working your way along the tail in the hope that you can control the tiger. What you end up with is the same problem in a different place.

The challenge is how to let go, not where to hold on.

My warning about the canary in the bond market (if you’ll excuse the mixed metaphor) was about what happened to the Australian bond market when the Reserve Bank of Australia let go of the tail, as it refused to buy the bonds that would return the yield to its supposed target. This triggered a global bond market shift, because investors around the world realised the same could happen to them in their own bond markets. They realised that their own central banks also have tigers by the tail.

Central banks are now debating when to tighten monetary policy – and when to let go of the tiger’s tail. It’s a question of what conditions they need to see to make this decision.

But let me ask you, is it ever safe? And does shifting your hands up and down a tiger’s tail affect the outcome? Because central banks are mucking about with the yield curve in the hope that it does.

When it comes to the likes of raising interest rates and ending quantitative easing (QE), escaping the tiger is a simple process in theory. You just raise interest rates and buy less bonds under QE programmes. The consequences can be bad, as asset prices which were propped up by QE and interest rates can fall. That’s how 2008 started, after all – with tighter monetary policy popping the housing bubble.

But yield curve control creates different problems and risks. This is not just because you don’t know what the yields will suddenly jump to once you abandon the control. But because, the further along the tiger’s tail you are, the more likely you are to get flung about in a dangerous manner.

Either way, the recent action in the bond market suggests that, once the central bankers release the tail, they won’t get the return to normality they expect. Instead, the bond market might turn around and rip their faces off.