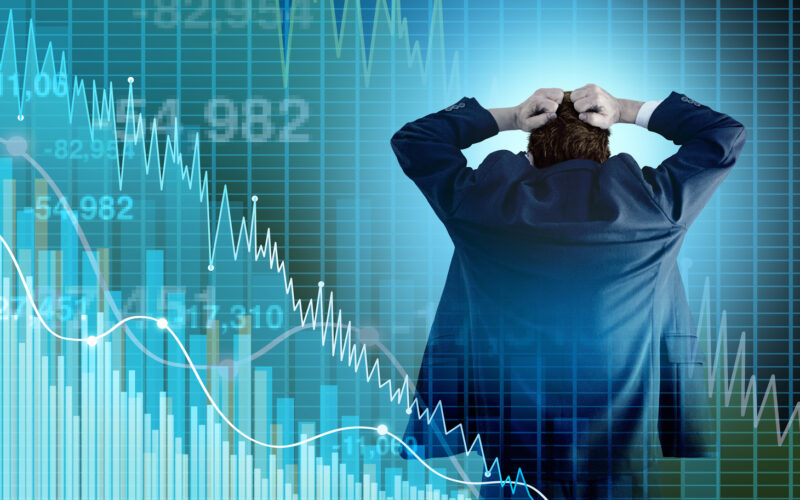 All of a sudden, the inflation headlines are everywhere. Every journalist, blogger and financial commentator is in a frenzy over the inflation breakout. And about the potential for inflation to continue surging.

The Telegraph: “The inflation warning signs are flashing red – but central banks don’t seem to care” and “This time the US really is heading into a serious inflation storm”.

The Financial Times: “There are reasons to worry about US inflation” and “Larry Summers accuses Federal Reserve of ‘dangerous complacency’ over inflation”.

And the Guardian, always keen to get ahead, had this: “The fear that haunts markets – is inflation coming back?”

Yes, it is. In fact, as my colleague Charlie Morris recently told his subscribers, it’s already here:

Many economists think this will pass, and the comparison from May to May will be less severe.

I’m not so sure. The clue lies in the core inflation index, which rose by 0.9% in April 2021. This is the largest single month increase since the 1970s.

In July last year, alongside Charlie in The Fleet Street Letter Monthly Alert, I warned that this moment would come. It’d be unfair to paying subscribers to reveal everything we wrote, but let’s review what made me so sure inflation was about to make a comeback…

The first challenge was to explain why inflation hadn’t taken off during QE1, QE2, QE3, or QEinfinity (and beyond). In fact, during periods of extraordinary money creation, we recorded some of the lowest inflation expectations on record, and bond yields went negative in much of the world…

There are many answers. But one of the important ones is that QE (i.e. quantitative easing, which involves the creation of money by central banks to buy bonds from commercial banks) was used to offset deflation. It was used to cancel out falling prices. The two forces cancelled each other out.

This is very different to the type of money creation which causes inflation to break out. For that to occur, you need a particular combination of money printing and persistent government deficit spending. Combined, this is known as monetising deficits.

The reason the governing rules of the European Central Bank (ECB) specifically ban monetising deficits, but not QE, is because it’s deficit monetisation that leads to inflation.

The financial crisis of 2008 and the European sovereign debt crisis which followed featured collapsing bank lending, austerity and debt deflation. The private sector was shrinking the money supply rapidly, trying to repay debt. The central banks offset this with QE.

But this time is different. Governments are spending vast sums of money while those deficits are also being monetised. It’s this combination which adds up to inflation.

There’s another angle though, which I explained in July:

The level of government and central bank control is now so direct and immediate that inflation will finally emerge.

But what control are we talking about?

Well, until now, banks have not been forced to lend out the money that central banks pumped into them. In fact, one of the big problems facing policy makers who tried to fight deflation was that banks did not lend the money which the central banks were dishing out. They hoarded it instead.

But the Covid-19 crisis has changed that. The economic programs you’ve seen around the world interfere to such an extent that governments can now mandate lending – the crossing of the Rubicon.

In other words, the government programmes put in place during Covid-19 have given politicians power over lending. And that means lending is unlikely to contract like it did after 2008. The politicians want more debt, not less. This is because debt and the money supply are synonymous in our modern economy.

Another reason I’m so confident in inflation is that governments now need it. They desire inflation to try and bring their vast debt problems under control. Politicians and central bankers are about to become infatuated with inflation. I call this illness “inflatuation”.

The Inflatuation Pandemic has begun

Here’s how I highlighted the coming Inflatuation Pandemic in July last year:

Now, I don’t think the following renowned economists (and politicians) could agree on anything other than inflation. So, notice just how congruent their claims are…

By a continuing process of inflation, government can confiscate, secretly and unobserved, an important part of the wealth of their citizens.

There are only three ways to meet the unpaid bills of a nation. The first is taxation. The second is repudiation. The third is inflation.

It is a way to take people’s wealth from them without having to openly raise taxes. Inflation is the most universal tax of all.

Inflation is taxation without legislation

I do not think it is an exaggeration to say history is largely a history of inflation, usually inflations engineered by governments for the gain of governments.

Avoiding inflation is not an absolute imperative but rather is one of a number of conflicting goals that we must pursue and that we may often have to compromise.

The last quote from Samuelson is key. Given the level of debt we now find ourselves with – and only partly due to Covid-19 – central bankers face a choice between helping to engineer inflation, or letting their governments go bust. Which do you think they’ll choose?

Von Havenstein faced a real dilemma. Were he to refuse to print the money necessary to finance the [government] deficit, he risked causing a sharp rise in interest rates as the government scrambled to borrow from every source. The mass unemployment that would ensue, he believed, would bring on a domestic economic and political crisis, which in Germany’s current fragile state might precipitate a real political convulsion. As the prominent Hamburg banker Max Warburg, a member of the Reichsbank’s board of directors, put it, the dilemma was ‘whether one wished to stop the inflation and trigger the revolution’, or continue to print money. Loyal servant of the state that he was, von Havenstein had no wish to destroy the last vestiges of the old order.

Funny how little has changed. We’re right back where Rudolf was today, as the Bank of England governor Andrew Bailey admitted to the Guardian recently:

Britain came close to effective insolvency at the onset of the coronavirus crisis as financial markets plunged into turmoil, the governor of the Bank of England has said.

Laying bare the scale of the national emergency at the early stages of the pandemic, Andrew Bailey said the government would have struggled to finance the running of the country without support from the central bank.

Rudolf von Havenstein was a lawyer, not an economist, by the way. As is the ECB’s new leader Christine Lagarde. As is chairman of the Federal Reserve Jerome Powell….

The reason why central bank independence is so crucial is for precisely this scenario. That is to keep low inflation as the priority, above financing the government, even if it may go bust.

But we have lost both central bank independence and the goal of low inflation. Keeping the government functioning is now the top goal of central banks.

Now that the politicians’ desired inflation has arrived, what next? Will it run out of control?

Find out, on Monday…

For now, why not let me know your answer to my question:

Given the level of debt we now find ourselves in – and only partly due to Covid-19 – central bankers face a choice between helping to engineer inflation, or letting their governments go bust. Which do you think they’ll choose?

And don’t forget to include permission to publish your answer!