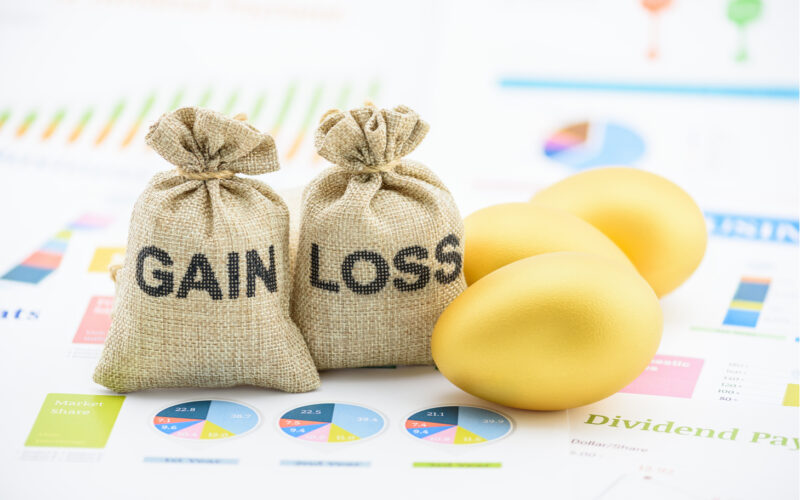 On Friday we showed you the roadmap to becoming the wealthiest trillionaire in the UK. Using the model laid out by the Inflationskönig Hugo Stinnes of Germany in the 1920s, we suggested becoming a UK Inflation King yourself in the 2020s.

But in doing all this, I let you in on a closely guarded secret of the Germans. We don’t just fear inflation. We also know how to profit from it.

I’ve translated this paragraph from a December 2020 opinion piece found on the Bavarian stock market’s website, with my emphasis added:

In Germany, inflation has an especially bad reputation, because it is considered a reason for the country’s impoverishment after the First World War. Even today it’s enough, with the mere mumbling of terms like “currency cut”, “money printing” or “government debt”, to seriously unsettle the average saver. Indeed, a considerable part of the population lost its savings in the early 20s. But, to be more accurate, it was about a redistribution of wealth, as a part of the population strongly profited. Nobody more than Hugo Stinnes.

The point is that, when inflation emerges, many people actually benefit. That’s one reason why it comes about in the first place, of course. This isn’t conspiratorial. It’s just a simple truth that inflation wouldn’t occur if it didn’t benefit someone.

So, who benefits? Those with debt to inflate away. Namely, governments. And nobody understood this better than a man named Hugo Stinnes. That’s why we dug into how he became the richest man in Germany in the 20s yesterday. By borrowing a lot of money too, Stinnes benefitted from the German government’s attempt to inflate away its debt.

Today, I want you to realise that the Crack-up-Boom is well underway, just as it was in the early 20s.

The Crack-up-Boom is well underway

The only thing that might slow house prices is the cost of building a house. “Lumber Prices Hit Record High” reported Probuilder in February. Steel likewise. Copper prices hit a ten-year high. And so on and so forth…

Those were some of Stinnes’ favourite acquisitions during the German inflation of the 20s. I can just imagine Hugo Stinnes making a mint if he were around today.

But it wasn’t just him, back then. According to Adam Fergusson’s book When Money Dies, a councillor at the British embassy in Berlin wrote this:

Millions of persons in this country are, I think accurately, reported to be buying foreign currencies in anticipation of fresh tax burdens, and to be hoarding foreign bank notes…I hardly know a single German of either sex who is not speculating in foreign currencies, such as Austrian crowns, Polish marks and even Kerensky roubles. In as much also as a fall in the value of the mark is inevitably accompanied by a rise in the quotation of industrial shares, speculators are supposed to be operating systematically to depreciate the mark with a view to reaping the benefit of higher quotations in the share market.

It’s all so familiar. Bitcoin, anyone? Robinhood? r/wallstreetbets?

But the similarities continue. From Ferguson’s book:

The 1921 figures were the most indicative; for in comparing the number of bankruptcies during the various months of the year it could be shown that a falling mark was associated with a decline in bankruptcies, and vice-versa.

In December 2020, UK bankruptcies fell 25% after remaining fairly stable for five years, to the lowest level since the fallout of the 2008 crisis. This during an economic lockdown…

The point is that some people know how to profit from inflation. Not everyone is left watching their savings get wiped out. And you need to be on the right side of that shift.

But it’s not just the consequences of today’s inflationary policies which would seem familiar to Hugo. He was also a politician who understood the political nature of what was going on. He was, in fact, an instigator.

MMT is great for the wealthy

Another quote from Adam Fergusson’s book When Money Dies. You can tell me if this sounds familiar…

Hugo Stinnes himself, the richest and most powerful industrialist in Germany, whose empire of over one-sixth of the country’s industry had been largely built on the advantageous foundation of an inflationary economy, paraded a social conscience shamelessly. He justified inflation as the means of guaranteeing full employment, not as something desirable but simply as the only course open to a benevolent government. It was, he maintained, the only way whereby the life of the people could be sustained.

That’s how today’s quantitative easing and government debts are being justified too. To maintain employment and living standards thanks to the government’s benevolence. Meanwhile, some are growing rich on the proceeds…

Today’s wealthy and influential politicians and commentators are urging government to spend big under the guise of Modern Monetary Theory (MMT). They don’t understand just how hard it is to rein in the politics of such spending and money printing once inflation emerges. That’s why central banks were spun off from governments. To remove the political incentives.

The debtors’ prisonbreak and the savers’ servitude

Although I expect property investors to do well out of all this, because their debts will be inflated away, I don’t think you should leverage up like Stinnes did. His legacy went bust badly when Germany’s monetary reform began.

Instead, I suggest investing in liquid assets that stand to benefit from the same trend. Companies with a concerning amount of debt which are listed on stock markets. That way you can sell out when the time comes.

But there’s another option. You could become a currency speculator like those in Weimar Germany. Only, it isn’t a currency per se I suggest you look into. It’s this.