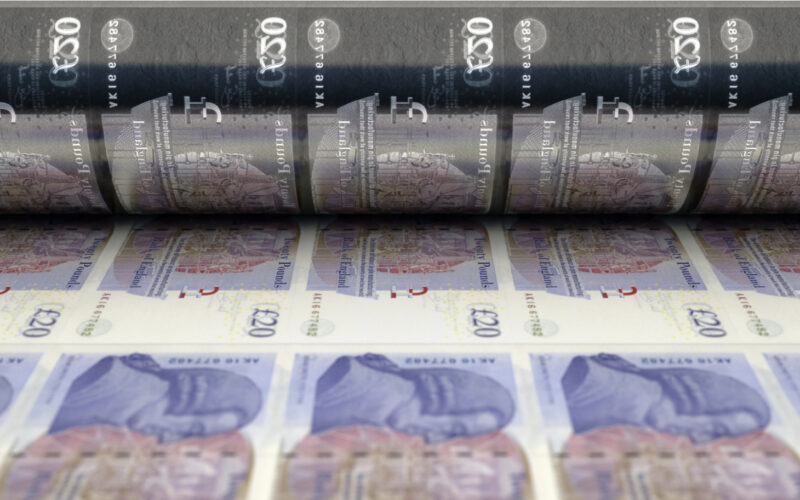 You should tread carefully today. I’m on thin ice. And yet, someone needs to tell you about the Inflationskönig. Before it’s too late. Hugo Stinnes became the richest man in Germany by borrowing up to his eyeballs just as the government began its descent into the Weimar hyperinflation of the 1920s. His debts became worthless as the value of money was inflated away. But the assets he bought with that debt became priceless. Put the two together and you got the richest man in Germany at the time.

Now, 100 years later, central banks are back at it – printing vast amounts of money to finance government deficits. Let’s take a closer look at Stinnes’ story, before I explain what we can learn from it for today’s investment world.

Stinnes was born in Mülheim, into a wealthy family which owned a coal mine and other businesses. My ancestors likely worked for him as coal miners and I was born in the neighbouring town.

Understanding what was to come of the Weimar monetary policies, Stinnes borrowed heavily in Papiermark – literally the “paper money” of Germany at the time. And he used the proceeds to buy up mines and other capital intensive real assets like shipping, forests and steelworks.

His business empire rapidly expanded under the load of debt. In fact, he even became a banker just to leverage up his own businesses even more. He became Germany’s largest employer in the process – about 1% of the entire German population worked for him. And he was a key figure of the political scene too. But it was all a big gamble on what would happen next.

As inflation exploded under Weimar policies, Stinnes’ debts became easy to pay off. That’s because those debts were denominated in money, but money became worth less and eventually worthless. The value and output of his real and productive assets meanwhile soared in price during the inflation, making it easy to repay the fixed debt with vast cashflow.

All this happened 100 years ago. Although, it’s beginning to happen again. Central banks are printing vast amounts of money to try and finance out of control government deficits. So…

How do you become the richest trillionaire in the UK?

Am I suggesting you gear up with as much debt as you can? That you buy a coal mine with the proceeds? All in the hope that money becomes worthless and you can repay your debts with ease?

No, debt is risky. It adds the risk of going bust entirely to the investment equation. You can lose more than your initial investment if you leverage it. And there is no certainty that there won’t be another financial shock before inflation sets in. Nor is inflation itself a certainty.

I am however suggesting that becoming a speculator in overindebted companies is a good idea for some of us. By speculator I mean someone who invests a small amount of their “risk money” – what they can afford to lose. And the stock market offers a rather convenient way of doing so. You just need to find the right companies – those Stinnes might’ve bought if he were alive today.

This is precisely the course of action I am recommending to my subscribers of Gold Stock Fortunes this month. (The monthly issue is out on Tuesday.) I’ve picked a gold miner which (only appears) to be struggling with its large debt load. The idea is that, if inflation strikes, the value of their gold will rise and the value of their debt will fall. The stock will surge in value. It’s straight from the Hugo Stinnes playbook.

The risk is that the UK and much of the industrialised world would have to experience significant inflation in the next few years for the bet to pay off handsomely. I don’t expect a hyperinflation like Stinnes benefitted from. But a lot of inflation is likely, in my view.

However, as long-time readers will know, I expect something of a currency reset to occur long before the inflation gets completely out of control. That’s what happened to Stinnes too. Well, to his vast fortune.

Hugo died in 1924 of a gallbladder operation. Within a year, his business empire collapsed as Germany underwent monetary reform the same year. The Reichsmark ended cheap borrowing and exposed huge oversupply of the commodities which Stinnes’ empire produced. Many of the companies, unable to borrow cheaply, went bust. Some still operate today though.

And so my headline for today, about becoming a trillionaire, is tongue in cheek. The implication is that we will all be trillionaires if inflation does get out of control. But, even if this did happen, it wouldn’t mean we’re rich. The rich would be those who own productive assets – that’s how wealth is measured when money falls apart. And so those who used debt to finance their acquisition of such assets will appear especially rich.

The stock market allows you to achieve this sort of exposure today by providing access to owning such companies.

Welcome to the catastrophe surge

All this might sound a little fantastical. But consider just how true it has been for decades now. Vast sums of wealth have been created in the UK by doing what Stinnes did – by borrowing huge sums of money and buying real assets, mostly in the form of property.

The central bankers in the developed world generally have kept property prices rising by cutting interest rates each time the economy and property prices wobbled. They cut rates by creating new money. When they couldn’t cut rates more, they just kept creating money anyway. This generated inflation and made borrowing to buy houses cheaper, adding demand.

It’s just like Weimar, but in slow motion and focused on property prices. The tailwind has nonetheless been absolutely central to wealth creation.

For many years, the same tailwind did not take place in Germany, making German households amongst the poorest in Europe simply because their house prices didn’t surge. But euro membership changed that.

Have you noticed that house prices around the world are skyrocketing now? During a pandemic that has millions on furlough or worse, with businesses collapsing and people evacuating from cities permanently?

This only makes sense to me if the crack-up-boom has begun. That’s the term which Austrian economist Ludwig von Mises gave to our current situation. An economic boom funded by vast amounts of printed money. The more accurate translation of Mises’ “Katastrophenhausse” is “catastrophe surge”. It’s precisely what Stinnes profited from too. An economic catastrophe which bids up asset prices.

What I’m discussing in today’s Fortune & Freedom is merely that I believe the same phenomenon will accelerate in coming years and that it’ll begin to broaden into other asset classes such as industrial commodities (where Stinnes made his money) and gold.

But the best opportunity of all might lie elsewhere.

What would Stinnes do today?

Consider a twist which Hugo Stinnes was not aware of – bitcoin.

Michael Saylor, whom we have discussed in the past, may be the modern Stinnes. According to Reuters, the company he leads “said it plans to issue $600 million in convertible notes to fund its bitcoin purchase, after issuing $650 million in notes in December as well to buy the currency.” That’s $1.25 billion in debt to speculate on the antidote to government money and inflation…

So, am I suggesting you borrow money to buy bitcoin?

But I am suggesting you do this.