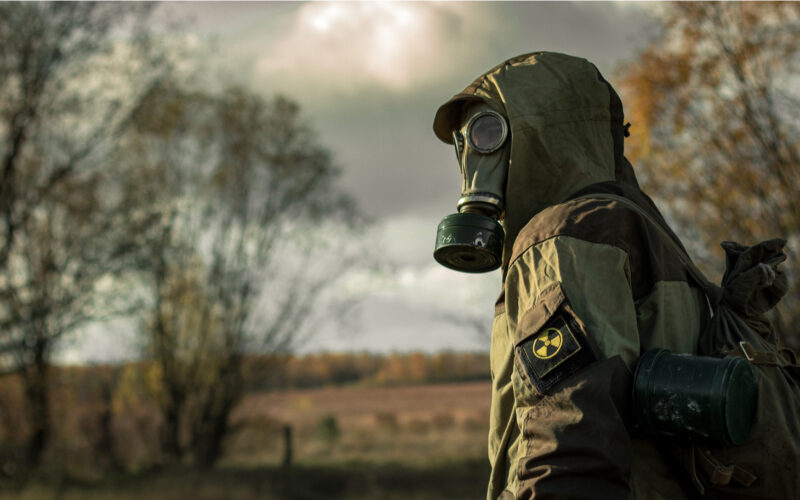 Although only discovered a little over a century ago, radioactivity has moved from the fringes of physics and chemistry to the centre of modern technology. The study of radioactivity soon facilitated a more general understanding of atomic structure and the discovery of nuclear fission. By the 1940s, advances in nuclear technology enabled the construction of the atomic bomb.

In the following decades, most major developed economies began work on nuclear power plants. Some countries, such as France, today rely largely if not entirely on nuclear to power their domestic electrical grids and even export excess generation abroad.

The British public recently received an education on this topic, when a fire at a major electrical facility in Kent temporarily disabled the transmission of high-voltage, nuclear-generated electricity from France to England. Domestic power and gas prices soared on the news that this vital source of base power had been compromised, at least temporarily.

That the UK is so dependent on imports of French, nuclear-generated electricity might not be of interest to most. But it highlights just how dependent the modern world has become on the generation and transmission of nuclear power. Politicians might prefer to talk about “green” and “zero-carbon” electricity using words such as “wind” and “solar”, but in reality, whether they are fully aware of it or not, they are referring to the large and growing proportion of base electrical power provided by the world’s nuclear power plants.

Multiple incidents over the past year have highlighted the pitfalls of relying too much on relatively less stable if more “green” renewable sources of power generation. There have been rolling blackouts in California, which has only one remaining nuclear power plant, Diablo Canyon, due to be decommissioned in just a few years. Last winter, a large central European snowstorm knocked out a huge amount of wind and solar capacity, resulting in blackouts in Germany and several other countries. A similar episode took place in Texas as the state’s power grid, partially dependent on wind and solar generation, largely collapsed.

In Germany, a country with one of the strongest green power lobbies in the world, the blackouts have even re-ignited a debate about whether to expand coal generation capacity, which has been in decline for decades. Germany has large domestic coal reserves, but these are comprised mostly of dirty lignite rather than somewhat cleaner anthracite.

When forced to choose between burning more dirty coal or adding nuclear power capacity, many Germans might prefer the latter. But as it stands now, German isn’t currently building a single nuclear power plant.

However, according to the International Atomic Energy Agency (IAEA), there are currently 52 nuclear power plants under construction around the world and many more are planned. China, South Korea and India between them account for half of these.

That all three countries have large manufacturing export sectors dependent on reliable, inexpensive base power explains why. They currently rely primarily on coal. But modern nuclear reactor design enables comparably cheap power generation, and with the added benefit of diversifying energy sources.

China in particular is dependent on coal imports from Australia, with whom it does not currently have particularly warm relations. Its uranium, by contrast, comes largely from Kazakhstan, a participating member of China’s “Belt and Road” initiative, which has been generally friendly with China for years.

Hence notwithstanding its controversial nature to some, nuclear energy is not only here to stay but is entrenching its position as countries seek to expand base power generation capacity while also diversifying away from coal. “Green” competition such as from wind and solar power has simply not borne the hoped-for fruit in terms of energy efficiency or reliability, in particular for base power generation. China, India, South Korea and many other countries are acting accordingly.

There has also been some recent news concerning the military use of uranium. Australia announced this past week that it is going to proceed with the development of a nuclear-powered submarine fleet. While the boats in question are not designed to carry nuclear weapons – Australia is not a declared nuclear power – they will require uranium fuel to operate.

China has already expressed its disapproval, noting as ever the supposedly provocative presence of foreign countries’ military vessels in and around the South China Sea, an area it considers of vital interest to national security. Hence with a single decision, Australia, with support from the US and UK, has not only indicated yet another source of growing demand for uranium, but even a possible justification for China and other countries to continue their own development of nuclear submarine fleets or surface vessels.

In this context, it should be no surprise that the price of uranium has been on a tear of late, rising from around $30/pound at end 2020 to nearly $50 today. Moreover, this year saw the launch of a new, physical uranium trust, listed in Canada, providing investors a way to gain exposure to the commodity. It has already attracted over $1 billion of investor funds.

Regardless of how, when and where exactly it comes about, it seems inevitable that the global share of nuclear power generation will continue to rise as one “green” renewable technology after another fails to fulfil originally lofty expectations for both base power reliability and affordability.

Coal will also continue to provide a large amount of base power. Even today new plants are under construction in much of the developing world. But, according to the IAEA, the coal plant development pipeline has shrunk by 75% since 2015 and, if the trend continues, coal will be losing base power share to nuclear in the years to come.

The future, as it were, looks increasingly radioactive, for better or worse.