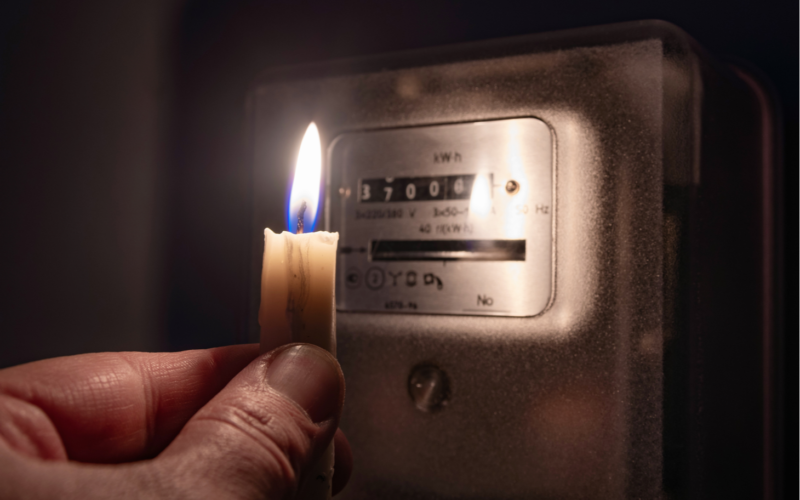 We all understand the consequences of higher petrol prices… and what happens when those prices turn into shortages instead. Indeed, the energy crisis has captured the imagination of just about everyone, if our Southbank Live chat-box is anything to go by.

But what does it mean when the resources our industries rely on also begin to dry up? When they don’t have the inputs that magically become the outputs we actually buy?

You might think that it doesn’t matter when there’s not enough copper in the warehouses of the London Metals Exchange (LME). At least, it won’t matter to you. But, just as the energy crisis has upended our lives, so too will the commodity crisis next.

A few weeks ago, Nigel had a car crash while hunting for petrol. He bemoaned the petrol shortage and what it was doing to people. But last week, Nigel mentioned some interesting dramas in the copper market to me. Being a former metals trader, Nigel’s eyes lit up as he told me what was playing out there.

The normally restrained Reuters news service called it “Copper Carnage” after “The LME copper cash-to-threes period exploded to a $350-per tonne backwardation on Friday”.

But that was on 18 October. The next day, Bloomberg reported the spread hit $1,103.50! That’s almost triple carnage, if my maths is right.

But what on earth does it mean in plain English? Well, there are a few parts to it…

The story from Bloomberg is saying the following… The spot price of copper was trading about $1,000 per tonne above the three-month futures price.

This is bizarre because a metals trader, as Nigel used to be, can make a huge amount of money simply by selling their copper today on the spot market, while also buying it on the futures market for delivery in three months’ time. They’d collect $1,000 per tonne by doing so – the difference between the prices.

On a copper price around $10,000, that’s about a 10% return for three months of… waiting to get your tonne of copper back. Which might not sound like much of a profit, but in commodity futures markets, huge amounts of leverage (and ridiculously low interest rates) allow you to increase this return up massively.

And remember, the trade is a type of arbitrage, meaning that it is close to a risk free profit. The only price you’re paying is to be without your tonne of copper for three months, which I think you’ll agree, would be worth the $1,000.

That’s why Nigel was so excited when he told me about all this on last week’s Week in Review. It’s the sort of thing that he would’ve been profiting from back in the day.

How unusual is this situation? Well, going back to 2007, the LME copper cash-to-threes spread almost hit $200 once.

But what the market is really telling you is that there isn’t enough copper today. Indeed, there are “just 14,150 tonnes of available copper in the LME’s warehouse system, the lowest level since March 1974 and enough metal to cover global consumption for just five hours.” Stockpiles have dropped 88%, reported Bloomberg, and the Financial Times reports that the LME has restricted trading to prevent the last reserves from drying up.

But … the fact that this isn’t happening is the key point I’m trying to make. “So far, that huge delivery incentive isn’t attracting much metal back into the LME warehouse system,” explains Bloomberg’s expert.

This is illustrating that something is preventing the supply from coming online. Moreover, that something must be a very large and expensive obstacle given the arbitrage returns on offer.

But what is it? Well, a complete lack of any copper.

But what caused that? Well, it’s the same as with our energy crisis. Brexit is the source of all evils, of course…

Hold that thought, because it’s not just copper that has gone mad. Other metals are also experiencing carnage.

Tin prices hit an all-time high recently. And if you thought copper’s backwardation was wild, consider this from Reuters:

The cash-to-three-month tin spread closed on Friday at a $1,250 per tonne backwardation, which would have been extraordinary in any year but this after it hit $6,500 in February.

Back then, the price of tin was around $25,000, giving traders who had any tin a 26% return in three months. Today the price is around $39,000, which tells you another reason nobody was willing to sell tin back in February. The price has surged.

When insiders know there will be a shortage in the future, then holding on to the commodity in anticipation of higher prices worsens the shortage. This shifts the price spike forward in time, incentivising more supply and thereby bringing the market back into balance.

But when more supply is prevented from coming online for some reason, such as, say, a government environmental policy, just hypothetically speaking, then the price spike simply continues. More supply cannot meet demand.

We’re also learning how interconnected these commodity markets are, which means that trouble in one place quickly spreads. A magnesium shortage could cause an aluminium shortage, and both are threatening an economic slowdown, especially in China and Germany.

Anyway, it seems to me that the global supply chain crisis is seeping into all parts of our global economy, delivering increasingly bizarre outcomes. Some of them we’re aware of and understand. But here’s what I want to make clear today. We have yet to experience the second and third order effects.

I’m talking about what happens when our producers begin to feel disruptions, not just consumers and distributors.

The global supply chain network is looking like a house of cards. And everyone is pointing at the energy crisis card and arguing whether it was pulled out by Brexit, green energy, tax changes, or some other reason. Meanwhile, the entire house of cards has begun to fall because one of its most important pieces was removed.

Will the next question be yours?

Second, and separately, we have an important announcement from Nigel: “On Thursday 28 October, I’m going public with the NEXT phase of my mission to help make UK investors smarter, richer investors. It’s unlike anything else you’ve seen from me so far. Get the full story here. (Capital at risk.)