Should I buy a house? We’ve had plenty of feedback for our video asking exactly that.

Of course, it was really about whether or not property prices in the English-speaking world are dangerously overvalued. And whether the multi-decade uptrend in prices is at an end. I asked Rob Marstrand and John Butler to advise me.

Should you buy a house?

Well obviously it depends a lot on your own circumstances but I would say hold off for a year or two if you can. I say that because we’ve had a sharp increase in prices over the last 18 months or so and what happens after a sharp increase? Yes often a decrease because prices always tend to overshoot or undershoot the fundamentals.

I basically agree with what John and Rob said but would point out that prices decreased in real and nominal terms in the early 1990’s, following a huge run up in the late 1980’s, despite much higher levels of inflation than we have now or are indeed forecast, i.e. inflation was around 10% in 1990 and only declined gradually after that.

I’m old enough to remember the 1970’s when if you went to the building society manager and said “how do I stand for a mortgage?”, he (and it was always a he in those days) would say “you don’t, you kneel!”.

The banks didn’t lend on mortgages in those days, unless you were an employee and so mortgage availability was tight, to put it politely, but house prices still rose substantially from around 1975 – 1979! I know because I bought my first house (in Kent) in 1974 for 9,950 and by 1979 it was worth 25,000! So, yes the price of credit is undoubtedly a factor but availability? Maybe today but certainly not in the 1970’s!

All the best with whatever you decide.

In another video we made late last year, I asked Jan Nieuwenhuijs of The Gold Observer about why Dutch house prices had suddenly exploded after centuries of stability (adjusted for inflation). His argument was that mortgage deregulation in the 1980s and ‘90s triggered the boom, which is much in line with D.S.’ experience.

Of course H & S in principle is a good thing, life being precious. Nevertheless much of it replaces common sense and is time consuming thus costly for the finished building. The other factor is building regulations, many of which are also H & S but also environmental protections; again costly.

I was in the building trade for many years and built our home and modified several houses. I know it is still possible to buy property that would cost more to actually build in the current regulatory environment. When you consider that the builder needs profit this is strange…

These two factors must surely be contributing to drive up the cost of new houses with the consequence of also driving the prices of older property. Any thoughts?

I must say, I really enjoy and find value in the work you produce.

A friend once saved tens of thousands of pounds in cherry-picker rental fees by gluing a mirror to a stick to read valve meters, which had to be checked monthly. Health and safety, for some reason, made a ladder illegal for the small distance.

Having seen a house being built next door for the past few weeks here in Japan, I can confirm that relative health and safety costs may well account for the property price differentials between the UK and Japan…

But this reader turns J.D.’s observations on their head…

No [don’t buy a house] because houses are expensive. What is the alternative?

Buy a freehold plot of Land and build your own house using a fixed rate mortgage.

Borrow short term at a higher rate and then once built use a standard fixed rate mortgage for the whole term.

The new deals will allow first-time buyers, home movers and remortgagers to fix their rate for the full term of their mortgage, which can be anything between 10 and 40 years.

This reader has been reading too many of my articles…

do I trust the feeble international attempts to contain it. And above it all, I certainly do not trust the outcome of COP 26 and the continued environmental demise of our beautiful planet.

So should you buy a house? Not in this uncertain environment! I much prefer gold (it’s more trustworthy).

Property prices aren’t the only topic you’ve emailed in about. This reader argues that the vaccines have saved us from a lockdown…

… but if it wasn’t for the vaccines we would now be in lockdown.

Omicron may have put people off going to the theatre but the government has resisted lockdown because it believes vaccination will prevent last year’s wave of hospital admissions and deaths.

And by the way, in the evening I don’t say I am not going to quell my hunger with dinner because obviously lunch and breakfast did not work.

Given the number of places that have had lockdowns despite high vaccination rates, it is news to me that vaccines prevent lockdowns.

But, given vaccines have become a basic necessity of life, comparable to food for some people, I’m not surprised we must have them.

Better than buying a real house?

person Nick Hubble
schedule 13 January 2022
In a recent video, I asked Rob Marstrand and John Butler a question: “Should I buy a house?” But my friend Sam Volkering butted in… 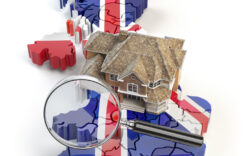 person Nick Hubble
schedule 5 January 2022
Should I buy a house? We’ve had plenty of feedback for our video asking exactly that. Of course, it was really about whether or not… 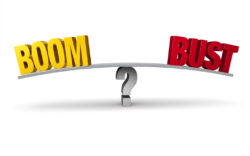 Does this boom feel real to you?

person Nick Hubble
schedule 4 January 2022
Over the Christmas and New Year break, we’re looking back at some of the most important letters we sent to you in 2021. And today’s…

What’s the most important thing that’ll happen in 2022, according to Nigel Farage?

person Nick Hubble
schedule 3 January 2022
In Part 2 of our video with Nigel Farage, I ask him, “What’s the most important thing that’ll happen in 2022?” And, of course, why.…