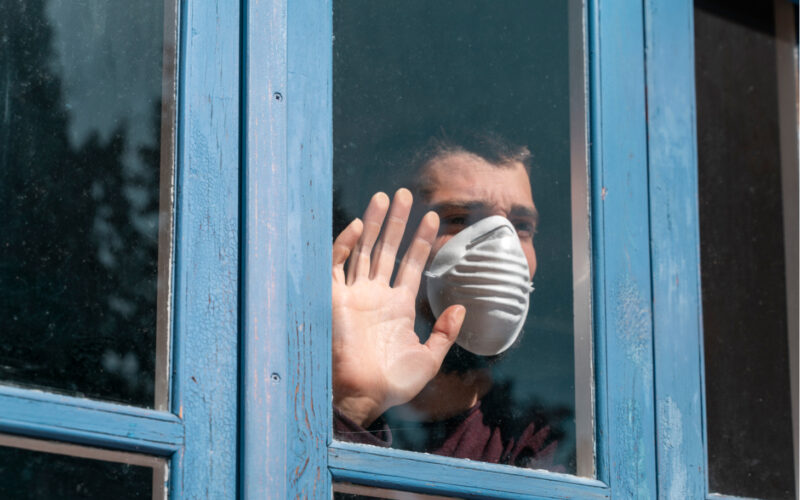 The pandemic has radically changed the world. It robbed people of their businesses, split families and, of course, killed many people. Today we look at the political impact of the pandemic. Which is not to belittle any other aspect. It’s just one which I fear will have a lasting impact on our finances – our beat at Fortune & Freedom.

The pandemic likely undid Donald Trump. His odds of re-election were running high before Covid-19. No doubt that outcome will change the world. But I want to focus on something similar which is closer to home. The pandemic’s effect on Brexit Britain’s future.

You won’t just be hearing from me. All new subscribers to Fortune & Freedom receive what we call a gauntlet. It’s a series of emails designed to introduce you to what we do.

One of those emails is about Germany’s no-deal Brexit of 1948 and the Wirtschaftswunder (economic miracle) that followed. Most days I receive feedback from a new subscriber about it.

Today, I’d like to share such an email with you. It’s a reality check in the face of growing optimism about our vaccine success. Because there’s more to our future and to Brexit than vaccines…

Boris is sadly not a Wirtschaftswunder. But he is fat just like the government. His libertarian and capitalist credentials have been flushed down the toilet in the last 12 months.

He is repeating the mantra of Joe Biden and Klaus Schwab of “Build Back Better”. Klaus Schwab is an unelected Davos elite and Socialist who wants us all to own nothing and be happy and seems to be planning our future for us without consent or ever being elected by anyone.

This doesn’t sound like a place we should be heading to. We need to tell them that they will have no power and they will be happy.

Under Boris, we have had our freedoms removed and have become more like East Germany, not West Germany. We are not even allowed to leave our country and get out.

We have had no divergence from EU regulations and the Tories are implementing even more of them.

The Conservatives are Blue Labour. They are big government statists. I cannot tell the difference between them and Labour. They have become the party of Keynes, not Hayek. Marx, not Milton. Schwab, not Smith.

We are prevented from investing in a lot of shares, ETF’s, funds, and crypto in our pensions and even normal trading accounts by the woke “Conservative” nanny state Government who even want to put Gandhi on our currency.

They are not burning regulations they are adding to them. They are completely and utterly failing to take advantage of the benefits of Brexit and even failed to get all of our fish back.

They have twice promised us that they would reform the BBC and abolish the TV Licence and twice they lied to us and went back on their word after the 2015 and 2019 general elections. Not only did they fail to reform in 2015 but after the election, they expanded the powers of the BBC and TV Licence to cover online as well.

Boris is a huge disappointment and is surrounded by a cabal of statists and utter failures. The only hope now is that they suffer greatly in local elections and in the next general election and that they get rid of Boris and replace him with a new Iron Lady and make the Conservative Party conservative Again. Maybe Liz Truss can do it?

Boris has no leadership credentials whatsoever and delegates everything away to the dismal losers and creeps surrounding him. Boris is a fraud.

I’m not particularly interested in politics. Nor do I have faith in Liz Truss or anyone else to do better. It completely mystifies me that people have enough faith in anyone to vote for them. Surely they’ve learned their lesson within a few election cycles? A protest vote is the only plausible course of action, when I’m forced to vote like I am in Australia.

But the broader point J.K. makes is more important. The British government is back in charge of its own country. Brexiteers presumed this would be a good thing. And so far, I think it has been. I also believe it will prove to be, in the long run.

But there is more to Brexit than vaccines. There remains a chance our politicians will make bad mistakes. And Covid-19 may be the trigger of a lot of lasting mistakes. Because it has unlocked vast amounts of government power.

The pandemic has changed the world in ways we don’t really understand yet. UK politics will be just one example. And the effects won’t be known until the pandemic passes, whatever that means.

It stands to reason that the investment outlook has been fundamentally altered too. In some unknown way. Consider one example. We have now demonstrated that the Bank of England will finance government deficits when needed. What do you think that’ll do to politics in this country? Deficits no longer seem to matter. The political incentive is now to spend big… bigger… biggest.

My point is that we need to be aware of the possibility of radical change, not presume a return to normality in coming years. A government which can respond to a crisis in the way we have seen may find plenty of crises in the future too. But the real crisis will be government itself.

Tomorrow, my friend Sam Volkering will be showing you a potential alternative to this government-controlled debacle, financially at least. Find out more here.