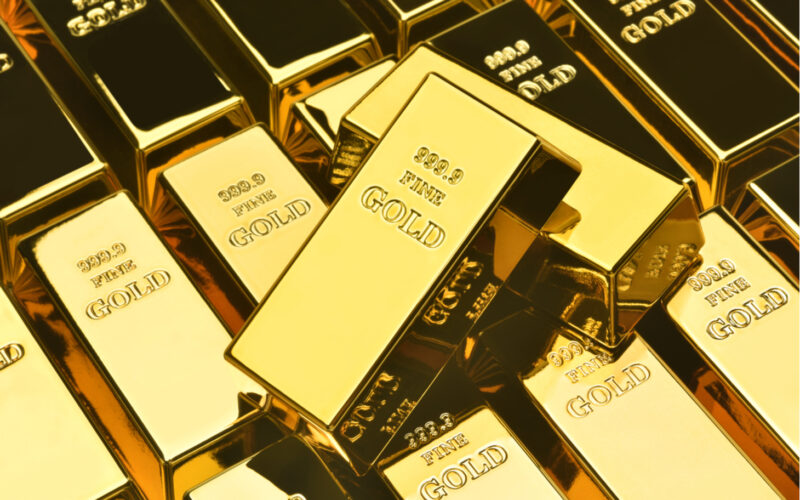 Over the past two weeks, we’ve dug into the past, present and future of currency resets. First John Butler gave his take. And, given he literally written the book on currency resets, it was a crucial one for you to be aware of. But I introduced my own understanding this week. And so, today, it’s time to complete the investigation with a detailed analysis of how I expect the next currency reset to unfold.

John’s view was for a return to the gold standard, in some form. I expect the financial establishment to have at least a few more tricks up their sleeve. The historical pattern of this is unmistakable. Each time a global financial order reaches the end of its tether and stops functioning, world leaders go into a currency conclave, as they called it in 1922.

Sometimes they also suspend normal functioning of the existing system, as during the world wars and in 1971. Or the system has already broken down, as in 1987. But it’s the meeting to determine the rules of the new system which really matters – that’s the reset.

Finance ministers, delegates and leaders assemble in some swanky place. A resort, museum, palace or some similar institution. There they hash out what the rules of the game will be going forward. What will be the global reserve currency – the international definition of money. And that determines the rules within which the economy around you functions and how you should invest.

Given our impossibly high levels of government debt around the world, imbalanced trade surpluses and deficits, and the rise of powers challenging the current US dollar order, investors need to ask themselves…

Which currency system will the world turn to?

The world has changed since Genoa’s currency reset of 1922. Money has evolved, or devolved if you agree with my own views.

Gold used to be money itself – the word “cash” referred to precious metals. Then money became “backed” by gold – you could redeem your money for gold. Then, in Genoa, citizens lost the right to actually redeem their banknotes for the gold those banknotes entitled them to. Then even governments lost that right too, when Nixon closed the gold window. These days, we’re running on a fiat system – pure fantasy and accounting entry with nothing of real value behind it.

And one day, we could even potentially be running a purely digital currency system, where you cannot escape the banking system with your money because you can’t get money out of the banking system’s digital payments mechanism. This would be the final nail in the coffin of what began in Genoa in 1922. Preventing citizens from being able to opt out of the government-controlled financial system with gold or (physical) cash.

The big question for the coming currency reset is, will we return to a more stable monetary system of the past, or come up with an even more abstract and manipulatable money in the future?

Historically speaking, we’ve been through the current cycle countless times. From ancient China to revolutionary France, the track record of debasing money and purely paper currencies is as abysmal as it is repetitive. “QE infinity” ends in a return to precious metals each time, as John Butler pointed out well last week.

So, are we at the end of the fiat tether and due a return to gold? Or do governments have another trick up their sleeve? All we know for sure is that everything is up for grabs. Each system has winners and losers. Each system has completely different consequences for Britain and investors, which you need to prepare yourself for.

But here’s the option I think is most likely…

Special Drawing Rights and the IMF

The International Monetary Fund (IMF) was created as a result of the Bretton Woods currency reset. Its Special Drawing Rights (SDRs) are like bundles of currencies thrown together in a sack, which is then labelled as an SDR.

These sacks could become a form of global reserve currency, replacing the dollar. The IMF would basically provide the money used in international trade – a blend of the world’s national currencies turned into a unit of currency. The key question would become how much of each currency is included in the sack.

This is probably the system which the world’s leaders favour imposing on us in a currency reset. It is a new arbitrary game they can manipulate and fight over, which isn’t tied to the accountability of gold.

At the Bretton Woods conference, John Maynard Keynes argued for the bancor to be the world’s reserve currency. It would’ve been backed by gold because the world’s currencies had not yet lost their link to gold and the idea of money without gold backing was still absurd. But the goal was  clear – a global currency outside the control of any individual national government.

For world leaders, the IMF is just the sort of institution that should be ruling the financial world, benevolently of course. And SDRs are like the IMF’s currency, which it controls. But it’s tough to simply create a new currency from scratch and impose it. Keynes tried to address this by backing his bancor with gold.

SDRs solve this by effectively being composed of a variety of currencies put together into a bundle. One SDR is in reality a grouped collection of national currencies. SDRs borrow their legitimacy from this composition, not from their inherent nature.

If you believe that the coming currency reset will be based on a consensus agreement at a currency conclave, it is certainly possible that SDRs will become the reserve currency of the future – effectively creating a joint reserve currency standard. Each nation’s currency forms a part of the pie that is one SDR and the IMF decides how many pies are needed and what’s in each pie – how much of each currency.

Purely coincidentally of course, under new proposals from the US and France, the IMF is set to issue $500 billion in SDRs, subject to approval from other governments. This is a rare event. I believe it signals that the IMF is being warmed up for SDRs to become the global reserve currency in a currency reset.

This would be in line with the gradual devolution of money away from gold and towards the vision of a global currency. However, if you believe there will be trouble at the negotiating table, gold is the more likely option. It doesn’t rely on agreements and consensus.

But what would SDRs mean for Britain? Well, the pound is currently included in the SDR’s bundle of just five currencies. That may lead to a boom in demand for pounds. But at a currency reset conclave, this allocation would likely be up for adjusting. We could expect many currencies added to the SDR’s sacks.

An SDR-based system would preserve the existing financial order fairly well. Britain is one of the world’s major economies and an international trading hub. Our national economy stands to benefit from such a smooth transition to new system.

The price of precious metals would likely surge as a new fiat solution is found to deal with the world’s fiat problems.

This new world financial order could have a bad impact on the US and its dollar though. In a similar way that Bretton Woods did for the British Empire and the pound after World War II. Losing currency reserve status is painful.

In many ways, the currency reset could signal the end of the current American world order. And turning to the IMF is just the sort of development you should expect if you believe governments can get away with it.

But not everyone does…