At what point does the Delta variant trigger a financial crisis? 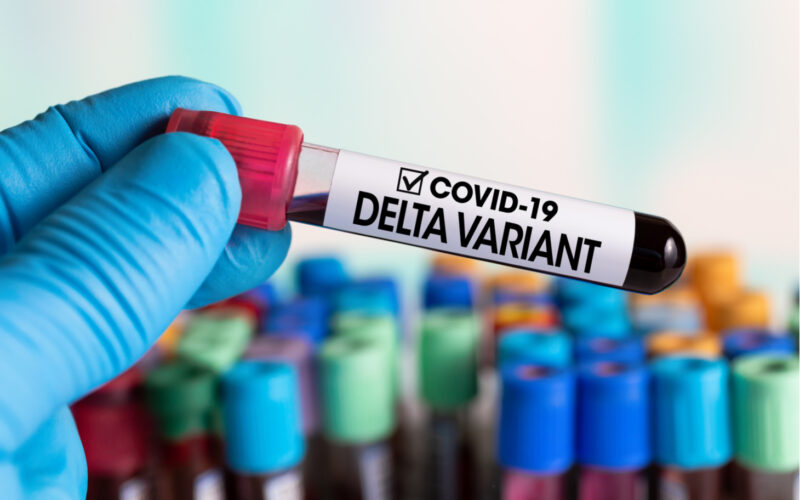 Do you remember January 2020, when we began to hear rumours of a virus in Wuhan, China? A key question facing investors back then was not just whether a global financial panic would begin if the virus spread, but at what point that panic would begin to appear in financial markets. What is the threshold for a virus in Wuhan to become a global financial panic? Today, I’m asking the same question about the Delta variant. At what point would the world panic about the Delta variant?

That’s a very different thing to claiming the world should or will panic about the Delta variant at all. I don’t really know about that. But it certainly looks possible to me. It’s no more or less probable than a pandemic was in January 2020.

My question is, if we assume the Delta variant will cause a lot of trouble in coming months, in financial markets and economies, at what point would this begin? What does it take for a virus to show up in asset prices?

Could the panic begin when the nations with very high vaccination rates begin to experience rising Covid-19 cases linked to the Delta variant? Is that enough to cause a new crash – a Delta variation financial crisis?

Well, Israel and the UK are two of the nations with the highest vaccination rates in the world. And yet, Covid-19 cases are rising, with the Delta variant prominent.

The Australian media is on to the Israel story:

The world’s most vaccinated country had returned to life as normal, but Covid-19 has arrived again with a terrifying new trend.

… A deeper look at the numbers also reveals that about 70 per cent of the new infections are linked to the Delta variant which originated in India and has been spreading globally.

… Of additional concern is the fact that one-third of Monday’s new infections were recorded among Israel’s vaccinated population.

Most vaccinated in the world, you say? The Telegraph says otherwise for first jabs: “UK surpasses Israel as higher percentage of population have had first Covid jab.”

But that hasn’t stopped the Delta variant from running rampant in the UK too. The Hill:

The spike, along with 21 deaths counted Thursday by the British government’s COVID-19 tracker, comes even as nearly 83 percent of the U.K.’s population has received at least one dose of a coronavirus vaccine.

Cases began to plummet after peaking in late December and early January, dipping below 2,000 a day in May. However, cases began to pick up again starting in mid-May as the delta variant of the COVID-19 virus, which was first detected in India, spread through the country.

Lots of vaccinations, but rising virus cases, in two of the leading nations. I’m worried? Are you? Are financial markets going to suddenly wake up and panic?

About a month ago, the Seychelles story captured news headlines. The most vaccinated nation in the world saw a Covid-19 spike. I wrote about it back then, arguing it was a concerning sign. I also argued that the next few months would be the big test of vaccines. If cases rose and people began to call vaccines into question, a crisis could be back.

Since then, Covid-19 cases in Seychelles have come down a little, but also continued steadily thereafter. Analysis shows that it was the Beta variant, not Delta, which accounted for the May spike.

If financial markets really are at risk of a Delta variant surprise, it may well be the rising cases in Israel and the UK which trigger a panic. And Seychelles will be seen as the warning which clever investors should’ve heeded.

Or perhaps a new panic could begin as new and disappointing data on the effectiveness of Covid-19 vaccines against the Delta variant specifically comes in. If the Israel and UK data isn’t enough already.

Perhaps there will be a reaction when governments announce they are gearing up for a prolonged period of lockdowns, quarantines and other restrictions. Then, even without Covid-19 cases spiking, economies and financial markets will struggle under the policies which prevent such a spike in the first place.

Well, Australia’s government has proposed that new quarantine sites be set up. Sydney is the latest city to go into lockdown. Germany and France have appealed to the EU to block travel from the UK over Delta variant concerns.

Does this look like the end of lockdowns to you? It doesn’t to me… It looks just like 2020.

Of course, there are parts of the world opening up. There always have been: during the pandemic. I went on a narrowboat holiday with my in-laws who flew in from Japan after the first wave. We ate meals in restaurants and pubs. Within months, the lockdowns were back.

Perhaps it’ll be the realisation that the new normal won’t be a very nice normal which sends markets into a tailspin. The Hill reports that the UK’s chief medical officer reckons we’re not even a fifth of the way through the pandemic’s effects…

In a speech to the NHS Confederation Thursday, Chief Medical Officer Chris Whitty said the current wave of Covid infections due to the delta variant would likely be followed by another surge in the winter.

He said that Covid-19 “has not thrown its last surprise at us and there will be several more [variants] over the next period,” according to Sky News. He added that it would likely take five years before there are vaccines that could “hold the line” to a very large degree against a range of coronavirus variants.

And until then, he said that new vaccination programs and booster shots would be needed.

This is looking like quite the revenue stream for pharmaceuticals…

Perhaps the next financial panic triggered by the Delta virus has already begun. As the Delta virus began its global march, bond yields fell alongside gold – a rare phenomenon which tends to be associated with a crisis like the pandemic’s first round.

Am I saying it’s time to panic? Nope, I’m far from sure the Delta variant is much of a threat. But I am worried about it. I can smell smoke in the theatre and I’m wondering if anyone is going to scream “fire”.

And there’s the chance a different variant will be the one to come along and spark a proper blaze, so the question is an important one to think about. But let’s stick with the threat of a Delta variant financial crisis today.

Given where we are, what should investors do? Sell out because it’s not worth the risk?

Around about February, in an internal email of the Australian publishing company I also work with, a colleague wrote that he had liquidated his entire self-managed pension portfolio just in case the pandemic crashed markets.

I don’t know if he bought back in, nor when. Markets are now largely higher than they were going into the pandemic crash. So selling is only half the game. You also need to identify the bottom. But it still looks like a good move, doesn’t it? Would it be a good move now?

The fact that markets are back to highs also begs another problem. If the Delta variant really does wreak havoc in some way, would financial markets even crash again?

It sounds like a silly question, but what if I ask it like this: if the Delta variant really does wreak havoc, will governments and central banks allow it to wreak havoc on financial markets again?

I’m not so sure we’d see the consequences of lockdowns, quarantines and the like play out in stocks, for example. Governments and their financiers central bankers have proven they are not just willing but also capable of doing whatever it takes to prevent a crash.

Conversely, if the Delta variant doesn’t make a splash, then governments and central banks will have to find ways to reduce their influence in the economy in coming years. That might mean markets fizzle as their support is withdrawn. More on that soon.

It’s a bit like the old “bad news is good news” mantra which drove markets for the last decade because bad news would force central banks and governments to act, which pushed up asset prices, while good news suggested they’d withdraw that support, causing asset prices to fall.

Unfortunately, even if you were certain about the Delta virus’ impact over the next few months, you still wouldn’t know what financial markets will do as a result.

The real question facing investors is not what’ll happen, but whether central bankers and governments are powerful enough to overcome it.