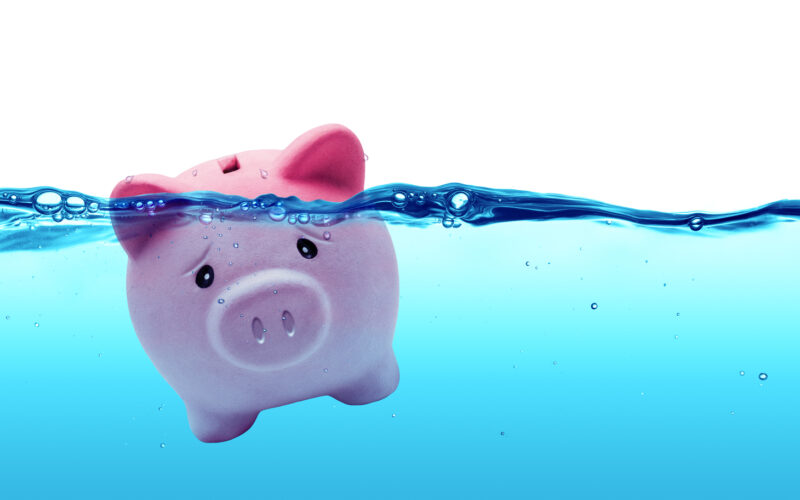 Even central bankers are worried about the housing bubble this time. Meanwhile the market pundits who warned us about a crash in 2007 are calling it the “everything bubble”, because this is so much more than 2000’s tech bubble or 2006’s housing bubble. The bond market, for example, is giving investors record low returns, adjusted for inflation.

At some point, this house of cards is going to come crashing down. But, until then, it’s making investors a lot of money as the price of everything surges.

So, how do you know when to sell out?

Find out the answer to that question here.

Of course, there’s another possibility. That governments will overdo it. They’ll trigger so much inflation that asset prices never get to fall. Not in nominal terms, at least. Only adjusted for inflation.

The world has changed radically since the inflations, debt booms and asset price bubbles of the past. We’re in far more debt, at far lower interest rates, with far more government intervention than before. That means the rules of thumb of the past, and the thresholds that they gave us, don’t apply in the same way. We’re in uncharted waters, with only past wrecks to guide us.

Put the two together and you have a level of fragility that we haven’t had before. What would have been small moves in the past put the whole system at risk now.

We’re also more complacent. For about two decades, we’ve had strangely low inflation relative to the experience for much of the 20th century. But that has lulled us into a false sense of security. A moderate increase in inflation will feel like a surge.

This is especially true in the bond market, where inflation is already outpacing yields, meaning investors are agreeing to lose money in real terms. The WolfStreet blog ran the numbers on different types of bonds. But this paragraph was the best:

People are losing money, adjusted for inflation, even by investing in risky bonds…

Of course, negative yields on government debt seemed like an extraordinary threshold. But these are corporate bonds – companies that can’t print money in the way that most governments can via their central banks. (Governments in the euro area are the big exception: they can’t do this, which is a key reason why I’m so worried about things blowing up there first.)

How many investors do you know who will accept negative real returns on corporate bonds? For how long?

One possible explanation for the poor real yields is that investors expect inflation to fall again. But what if it doesn’t?

The surge in inflation so far hasn’t been particularly modest, by some measures and in some places. Cantillon Consulting’s brilliant Twitter page pointed out that the Federal Reserve’s Flexible Price Consumer Price Index less Food and Energy measure is already above 1970s peaks…

Let’s turn back to debt again. What makes debt so interesting is that it has a binary outcome, while other investments and inflation do not. Debt is either defaulted upon, or not. One or the other…

Inflation and stocks tend to rise and fall, and the question is how far and how fast. This is what makes debt so dangerous. The risk is well hidden, until it strikes all at once. It’s the old Ernest Hemingway joke: “How did you go bankrupt? Two ways. Gradually, then suddenly.”

We’re still in the “gradually” phase, but the direction is clear.

The Australian media recently did a good job of explaining how a return to comparatively low interest rates “could mean interest repayments more than double in an instant” for homeowners. What makes this so interesting is that persistently rising interest rates would be so unfamiliar to Australian borrowers, and others around the world:

Between 1970 and 1990 interest rate rises were an ever-present threat to household budgets, with mortgage rates almost tripling from around 6 per cent to a peak of more than 17 per cent in 1990.

The next thirty years would bring almost the exact opposite.

Rather than lying awake at night like their parents’ generation wondering if a rate rise would make their financial future all the more challenging, the atmosphere for the current generation of mortgage holders has been far more relaxed.

Instead of the threat of the RBA raising interest rates and forcing households to tighten their belts, in the past three decades the RBA has slashed interest rates every five months on average.

For a generation of borrowers, the central bank has had their back. At every crisis, their mortgage became cheaper.

If that trend reverses and interest rates begin an upcycle, it would come as an immense shock to borrowers who simply don’t know what a world under rising interest rates and inflation is like.

A lot of people are fond of pointing out that very few professionals in financial markets today know what it’s like to invest through an interest rate increase cycle. But the same goes for everyday people, as well as individual investors.

There’s also the demographic factor to consider. A growing population meant that GDP was likely to grow over time, no matter what. This makes debt and borrowing less of a problem over time. There would be more people around in the future to bear the burden.

But if the population stops growing, while debt and borrowing does not, the same effect reverses. Less and less people are left with more and more debt.

For the first time in history, many populations and working age populations are set to begin declining. This could completely upend a lot of our presumed truths, assumptions and rules of thumb.

What if most of our economic institutions are really just Ponzi schemes that will soon run out of people? Who will buy the financial assets which retirees plan to sell to fund their retirement? Who will finance pension funds, welfare and other government programs?

What if there aren’t enough taxpayers, investors and contributors?

Another new angle is the extent of globalisation. The first speech I ever gave to a financial audience was about the synchronisation of business cycles. The idea was that economies were increasingly facing booms and busts at the same time.

The significance of this is only clear once you realise just how unusual it is. In the past, the business cycle was known as the trade cycle because it was thought that trade surpluses and deficits were the source of economic ups and downs. The nation with a trade surplus got the benefits in terms of jobs and economic growth while the importers saw poor economic performance and unemployment. But, eventually, this would reverse between the nations, and so no one nation would be booming or left behind for long.

A synchronisation of business cycles brings into play something called resonance. The British Army still breaks step when crossing bridges to avoid the consequences of resonance – a suspension bridge snapped under the synchronised beat of marching men, killing many of the soldiers.

My speech, back in 2010 or so, was about how the same could happen to economies because the trade cycle would no longer simply reverse between nations: it would fluctuate overall. Without a booming part of the world to offset a bust elsewhere, the downturn would be worse and the recovery slower. As in the Great Depression and after 2008, we’d all boom and bust together, making those booms and busts worse.

The world is now very much synchronised, largely thanks to Covid-19. Whatever follows is likely to be on a global scale.

To sum up, as far as I can tell, we’re facing so many unfamiliar situations in so many ways that it’s going to be one hell of a decade during which to invest. History might be rhyming, but there are a lot of different songs being played at the same time…

In the Guardian, Nouriel Roubini, who predicted the financial crisis, reckons that our situation is a combination of the 1970s’ stagflation and a 2008 style debt fuelled bubble:

“We are thus left with the worst of both the stagflationary 1970s and the 2007-10 period. Debt ratios are much higher than in the 1970s, and a mix of loose economic policies and negative supply shocks threatens to fuel inflation rather than deflation, setting the stage for the mother of stagflationary debt crises over the next few years.”

Just remember, the worse it looks, the more likely an inflationary overdose becomes as policy-makers try to paper over the problems. And, given the size of the problems this time, you can expect that a lot of inflation will be needed.