Don’t worry about your pension… PANIC! 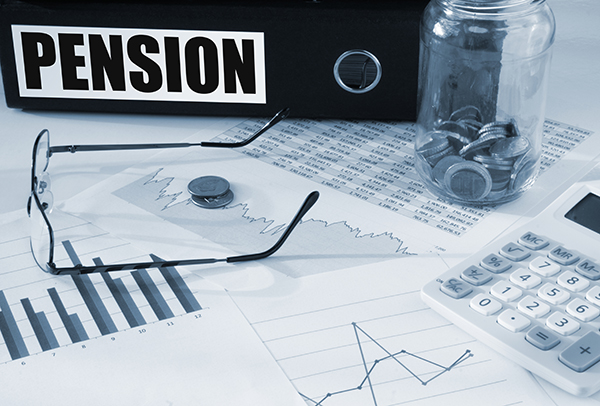 The media’s coverage of the UK pension crisis continues to snowball. And rightly so, with the pension system, the pound and the government’s finances coming within hours of a complete meltdown. But there’s something that everyone seems to have missed.

Well, two things, actually. The first comes from UK Independent Wealth’s Rob Marstrand, who explained it in a recent email to Nigel Farage and me:

Not sure why this isn’t all over the mainstream news… (maybe it is, but I didn’t see it)

“..the Bank of England’s most recent Pension Fund Annual report reveals that 82% of its own investments are in Legal and General’s LDI portfolio: Bailey has effectively been bailing he and his colleagues out in the process of bailing out the rest of the industry.”

Source at this link: https://www.efinancialcareers.com/news/2022/10/pay-bank-of-england

But don’t worry, I’ve found something worse. I found it in a letter by Sir Jon Cunliffe, the Deputy Governor for Financial Stability at the Bank of England. The letter was addressed to the Chair of the Treasury Committee, but as far as I’m concerned, he wrote it to all of us. And it says “PANIC”.

Not just about your pension, but about the banking system, the government’s finances, inflation, the solvency of insurance companies and anything else you can think of.

At least, that’s what it should say given what the letter contains. Not that many are focusing on the right part of the letter.

The media is still busy trying to explain what happened and why. Not what it means for you, nor what happens next. They’ve kindly left that to me. Of course, I am happy to do that work, and especially given the opportunity to make snarky comments about the buffoons involved. Not that I can beat Nigel at that…

Anyway, the key phrase in Sir Jon’s letter is this one: “Some funds had already tried to sell gilts and failed to do so.”

I had better explain…

Sir Jon is talking about the pension meltdown of two weeks ago.

Pension funds had entered into derivatives contracts that were designed to increase returns on government bonds. But when the corresponding risk which accompanies higher returns finally struck, the pension funds’ reserves were not enough. They were forced to sell something in order to meet the cash demands of their counterparties on the derivatives trades.

They tried to sell UK government bonds to raise the cash they needed. But couldn’t find a buyer…

This scares the pants off me. And I’m not even amongst the surprised. Still, the implications are terrifying.

You see, government bonds are supposed to be the most liquid and least risky assets in the world.

Bank, insurance and pension fund regulation is built on this presumption. If it is wrong, which it is according to the Bank of England’s head of Financial Stability, then those institutions may be in deep trouble. Pension funds are only the beginning, in other words.

For example, banks must hold a lot of government bonds in order to protect themselves from nasty surprises. The idea is that they can quickly sell these government bonds for a high price to overcome any temporary problems.

It’s much the same for insurance companies. When they face some sort of large payout, they have to sell a lot of investments to raise the cash. But this is hard to do without crashing the price. Except, of course, in the government bond market. Which is so liquid and stable that you can sell as much as you need to meet insurance claims.

Except that, as it turns out, you can’t…

I’m not focusing on the price here. Sure, during 2022, or more accurately since December 2021, bonds have proven rather risky in terms of price. They’ve plunged in value to an extraordinary extent. If the owners had to sell now, and realise those losses, they may well be in trouble.

But why would they have to sell? Well, if they get into any sort of short-term problems, the sell-ability, or liquidity, of government bonds is the rationale for owning them at all. It’s not like they give good returns.

The rationale behind forcing institutions to hold bonds, and the justification for holding them, has just gone up in smoke. So too have the liquidity buffers which were built up over decades of visits to the Bank of International Settlements in Basel by bank regulators. They even named the famous regulations after the place…

There’s lots of irony in this. The regulators gave Neil Woodford a hard time for investing in illiquid assets: now, the government bond market has frozen, leaving the entire pension and probably the finance, banking and insurance industry in the same position…

All it takes is a problem that requires selling bonds to raise cash and everyone is in really big trouble. That includes the government, which will be borrowing a lot of money in the bond market incoming years…

The UK is far from alone in this, by the way. No 10-year Japanese government bonds were traded over four days last week! That’s supposed to be one of the most liquid government bond markets in the world.

US Treasury Secretary “Yellen Worries Over Loss of ‘Adequate Liquidity’ in Treasuries” reports Yahoo Finance. That is really ironic given she used to provide that liquidity in gargantuan proportions while head of the Federal Reserve.

The most important financial markets for the functioning of the banking system, the solvency of insurance companies and pension funds, the financing of the government and countless other parts of the financial system is broken,  kaput, hors de service or however you would like to say it.

If any other bank, insurance company, or whoever gets into trouble now… they’ll go the way of those pension funds and Neil Woodford.

So, while you’re wondering how a pension fund, or several, managed to almost go bust (aren’t they supposed to hold assets, not liabilities…?), I’m wondering how everything else in the financial system hasn’t gone bust yet…

It depends on your definition of safer…

If you define “safe” as “own lots of government bonds,” then, yes, banks are safer…

But I’m skipping a step. When people tell you that the banking system is much safer these days, one of the reasons for this is that they hold more capital.

Just as banks piled into AAA rated sub-prime mortgage securities because they were “safe”, so too have they piled into government bonds.

What makes this risky is not the underlying risk. If you know you’re holding too much risky stuff, you just adjust for it. You hold less risky and more liquid stuff to counterbalance the riskier bits, giving an overall balance.

The real problem is the misperception of risk and liquidity. The system is classifying dangerous junk as AAA and presuming you can sell it if you need to. And it’s not like sovereign debt even has a AAA rating to start with! But now it’s illiquid too? That’s the worry.

The financial system was carefully built by regulators on a foundation of bubbles. In 2007, it was a housing bubble. Today, it’s a sovereign debt bubble. And now that people are starting to realise it, the sovereign debt market is frozen. Nobody wants to buy government bonds because they know we could be on the precipice of some epic selling by the largest financial institutions in the world.

Of course, you’d have less reason to panic if you had a plan which could make money during market plunges. I wonder where you might find one…