The lucrative law of unintended consequences 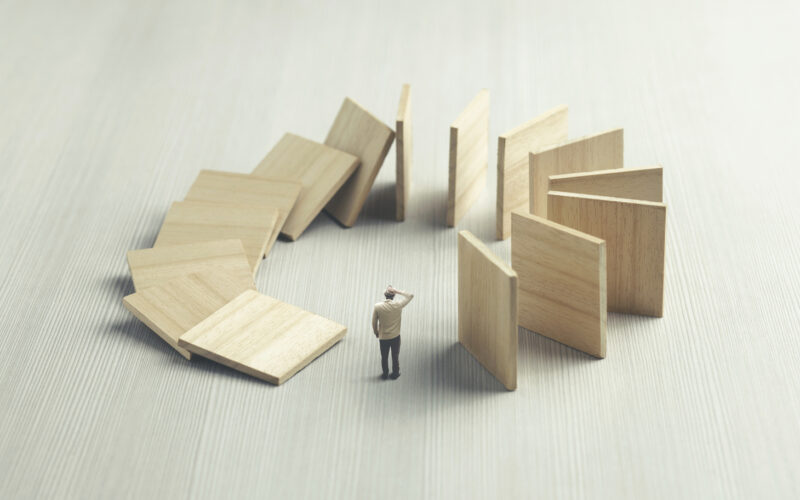 I believe every government action to solve a problem makes it worse or creates a bigger problem. Or both… I’m not just talking about the law of unintended consequences, but an inherent flaw in all government policies.

It’s a belief that I’ve adopted slowly, over time, after being overwhelmed with evidence. So I don’t mind if you disagree. You’ll learn.

The only way you can become so cynical about government policies is to see the pattern they create. And then you can derive the principle from the pattern. Otherwise, the principle itself just sounds a little too extreme.

Of course, this requires looking closely at government policies and what their effects actually are. Very few people do this, or think that way.

They actually believe the war on drugs makes drugs less of a problem.

They think the war on terror makes terrorism less likely.

They think the war on poverty reduces poverty.

It’s all a load of rubbish, once you look into what actually happens. Not that one in a thousand of you will agree with me on all counts. But I’m sure you agree on some.

I say “supposedly” because foreseeing unintended consequences is precisely what economists should be spending their time doing according to the economist Frédéric Bastiat:

There is only one difference between a bad economist and a good one: the bad economist confines himself to the visible effect; the good economist takes into account both the effect that can be seen and those effects that must be foreseen.

Of course, if we did this, governments would never do much of anything at all, because economists would point out it’s a bad idea that will lead to too many unintended consequences which outweigh the intended ones.

But a government which doesn’t interfere in our lives is neither in the interest of politicians nor the economists they employ. So it doesn’t exist. And we cop the harebrained policies and their unintended consequences as a result.

It shouldn’t matter that politicians didn’t intend the negative consequences of their policies – it’s their job to foresee them. And they should be held responsible for them too. But, conveniently, political careers are short. People escape before being held responsible.

In the first real article explaining the law of unintended consequences, Robert K. Merton explained that politicians and campaigners suffer from what he not so helpfully called an “imperious immediacy of interest”. They are blinded to the bad effects of their favoured policy by their overzealousness for their cause.

Basic analysis would require both the benefits and the costs to be considered, not just the benefits, or just the costs. But speak to an advocate of prohibition and they won’t give a damn about organised crime and violence – they just want alcohol banned, whatever the cost.

This played out in the Brexit debate debacles too, where economists ignored the benefits of Brexit and focused on the supposed costs. Of course, the benefits were uncertain and unknowable because we didn’t know what direction the country would take after Brexit. But that only makes the one-sided analysis worse.

A cleaner example is the United States’ medical regulator, the Food and Drug Administration. It requires medicines to not only be safe, but also to be effective. Which sounds good. As government policies always do, until you think about them.

The rule has resulted in drugs being delayed and the damage done to those who miss out on safe drugs is vast.

Merton vowed to write a book about the history of unintended consequences. Unfortunately, there were too many and he died in 2003 with the book unfinished. It gets longer every day, you might say…

But here’s the good news about my worldview, even if you don’t agree with it. Being cynical about government policies highlights profitable opportunities very well. Each time a government policy is announced, it’s like a flashing neon sign that there’s money to be made from the unintended consequences.

The housing bubble, Exchange Rate Mechanism, quantitative easing and a thousand other government policies all had ways to make great gains, if you understood how they would fail or cause unintended consequences.

But there’s no industry in the world subject to as much government interference as financial markets. The creation of central banks alone puts the financial industry ahead of any other in this respect.

Imagine if the government created an institution which controlled the price of books like central bankers control interest rates. Or if plumbers got bailed out with printed money if their business failed.

The underlying problem which caused this “surprise” is known as moral hazard. Because bankers knew they’d get rescued, they were simply able to take on even more risk.

Similarly, because larger firms were more likely to get saved, the industry has become dominated by behemoths that get implicit or explicit backing by the “too big to fail” argument. Again, this adds risk because any single failure is more likely to be a systemic problem.

But how could you use all this to your advantage?

Bitcoin’s very existence is an unintended consequence of the policies put in place in 2008. It was created to escape the government-controlled financial system itself.

And so, as that government controlled financial system continues to go from crisis to crisis, bitcoin will be an asset that benefits from this. 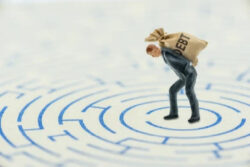