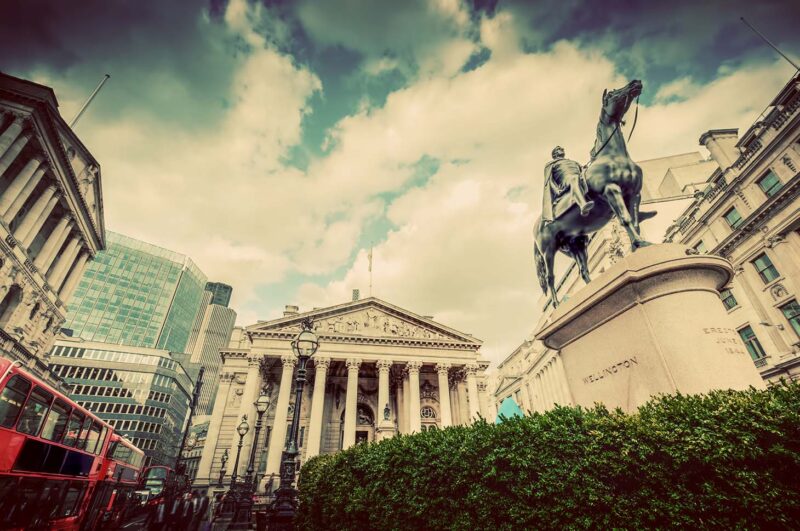 “Why did nobody see it coming?” the late Queen asked about the 2008 financial crisis. The answer is, of course, that many people did see it coming. They warned about dodgy mortgage lending, bank fragility, systemic risk, derivatives, excessively low interest rates from central banks, leverage and plenty more. However, few listened. And, quite frankly, correctly foreseeing disaster didn’t make for a good career… or social life.

Since 2008, though, it has been fashionable even amongst the establishment to warn about crises. There are now Dr. Dooms everywhere. And people are constantly compared to the “winners” of the financial crisis, like the protagonists in The Big Short film.

Still, this article from the Financial Times had me coughing and spluttering all over the place:

A toxic combination of recession, soaring inflation, rising funding costs and lower liquidity is threatening to trigger financial market turmoil in the euro area, the European Central Bank has warned.

At this point, I have to interrupt. Who is behind the four problems identified by the European Central Bank as a toxic combination – the “recession, soaring inflation, rising funding costs and lower liquidity”?

That’s right, the ECB is!

It is imposing a recession by hiking rates. It fed the inflation with QE and low interest rates while pretending the inflation was “transitory” for an absurdly long period of time. It is raising the cost of borrowing. And the bond market is illiquid because it is not fairly priced thanks to vast intervention by the ECB and other central banks.

Even more ironically, who is responsible for maintaining overall financial stability in the first place?

That’s right, the ECB is!

But it’s the next paragraph that provoked the coughing fit:

This is like having Guy Fawkes declare his honourable intentions to the Archbishop of Canterbury while urging Parliament to subsidise gunpowder.

To explain just how absurd it is, we need to take a small detour…

And, sure, bank leverage is less – I’ll admit that. Banks are safer in the sense that they can weather losses better because they borrow and lend less relative to their capital. Or they hold more capital relative to their borrowing and lending, if you prefer.

But what does that capital consist of? What do banks hold more of to make them “safer”?

The answer is of course low risk assets. Safe investments that can’t crash 60% like the UK government bond recently did.

What are those assets which banks hold more of to shore up their balance sheets? Largely government bonds of course…

It’s crucial to understand that this is a regulatory induced holding. The government told the banks they must increase liquidity and low-risk capital, and defined government bonds as being liquid and safe.

So, when someone tells you that banks are safer than in 2007, what they really mean is that banks hold more government bonds, which the government has defined as “safe”.

These assets are of course almost as safe as AAA-rated mortgage-backed securities (MBS) were defined to be by the regulators in 2006. Actually, some government bonds aren’t even rated AAA…

Before the 2008 financial crisis, it was Basel II rules that defined MBS as being safe. These days, it’s Basel III that’s making the same mistake on government bonds.

However, I’m getting ahead of myself.

The point is that banks held so many AAA-rated MBS back in 2006 for a reason. They were defined as being “safe” by government regulations. And so the banks did as the regulators asked. They invested in “safe” MBS and didn’t hold much capital against them.

This was by regulator design. And it’s happening again today, with government debt.

Just as we saw trouble in the US mortgage market in 2006, the UK government bond crash was the warning that government bonds are not safe because they can lose 60% of their value and can suddenly become very illiquid. They are not suitable for shoring up bank capital. They are the source of the risk, not the mitigator of it.

Of course, you won’t win any awards for guessing which assets Guindos has in mind when he says “more liquid assts”. He’s telling institutions to buy more government bonds.

This isn’t about reducing risk. It’s about trying to generate demand for the governments’ bonds. That is because those government bonds are the very source of the risk in the first place.

He’s advocating for more gunpowder to stock up in the foundations of the financial system, in other words.

And then, to top it all off, Guindos points out that the ECB plans to “shrink its €5tn bond stockpile next year”. He plans to blow up the very assets that he has just told financial institutions to load up on, in order to improve their liquidity!

Step back a little and the sequence of the dominoes is easy to follow.

Governments bailed out banks in 2008. But who will bail out the governments, we asked at the time?

It turned out that central banks would, for a while. That’s what quantitative easing (QE) was all about – buying government bonds to finance them.

But, with inflation back, central bank QE is ending, or even reversing: this means that central banks will be selling government bonds, and governments are having to find new lenders instead.

The new crop actually wants to earn some interest, unlike central banks. And this is causing the whole scheme to wobble because central banks are worried they’ll lose control of the interest rate in the bond market, as the Bank of England did recently.

How the market is going to price government bonds will differ wildly from how the central banks did under QE. That is especially true if QE turns into QT (quantitative tightening) as per the aforementioned warning from the ECB vice-president.

Conveniently, despite the fact that they are now the source of the risk, as MBS were in 2008, government bonds are defined as “risk free” under international bank regulations. And the politicians, central bankers and regulators are busy promoting them.

So, in answer to the Queen’s question about the next financial crisis, nobody saw it coming because the system relied on pretending there was nothing to see. The bank capital adequacy regulatory system is ineffective. And when the next crisis hits, “nobody will see it coming” either.