As unsound as a pound 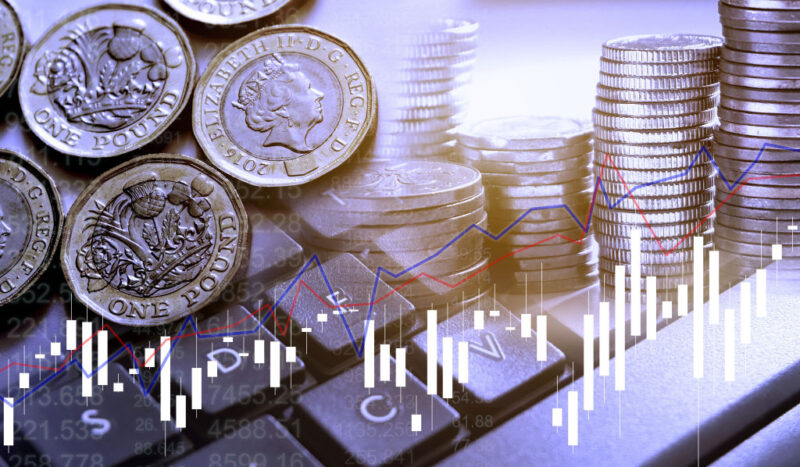 “Sound as a pound,” my friend used to say. I think he was referring to one of the Scottish ones, though. Which aren’t so sound in London. But, either way, I doubt he says this anymore. Because both sets of pounds are plunging in foreign-exchange markets, whatever your particular banknote might look like.

Nigel Farage has long been anticipating this in our weekly videos. And, now that it’s happening, his friends at the Guardian are especially happy worried about the falling value of our currency:

Sterling has fallen to its lowest level against the US dollar since the pandemic crash in March 2020, as anxiety over the UK economy rises.

The pound has dropped as low as $1.1565 this morning, as the energy crisis hammers businesses and consumers, hurting Britain’s economic outlook.

The selloff comes after the pound racked up its worst month against the dollar since October 2016.

Someone should tell the Guardian editors what a few years in the European Exchange Rate Mechanism (ERM) did to the value of our currency. And how much the pound plunged on that debacle.

Or maybe it’s worth mentioning that, after years of warning that the pound could hit parity with the dollar because of Brexit, the euro actually got there first.

But let’s be diplomatic, and focus on other foibles that the newspapers seem to be missing.

Sure, the pound is falling against the US dollar. But the US dollar is just one currency against which we can measure the pound. What about all the others?

Well, the pound is down against the Aussie dollar. But it’s practically soaring against the yen. And it’s doing just fine against the euro, right in the middle of a trading range that it has occupied since 2016, and previously between 2008 and 2012.

Of course, Europe had a sovereign-debt crisis between those dates, causing the euro to plummet. And the Brexit referendum-driven plunge in the pound merely returned us to the exchange-rate levels seen before the European sovereign-debt crisis. But all that’s another story.

So, what’s really going on when it comes to the pound these days? Is it going up, down, or sideways? Or all three?

It’s quite simple, even if few will mention it. The US dollar’s value is what’s changing our own currency’s value. And the dollar is rising. So the pound is falling against the US dollar. But consider which is the real mover.

Measured in a basket of currencies, the US dollar is now at its highest level in 20 years – that’s after rising about 15% this calendar year and slightly more if you go back to 2021.

While the Europeans whine about the euro and the Japanese make international headlines with their crashing yen, the real story is elsewhere.

The basket of currencies in which we measure the US dollar is known as the “Dixie”. Which might be why the Guardian can’t bear to mention it. But the Dixie exposes that it’s the US dollar which is on the move, not the pound, because it’s rising against so many currencies, the Russian ruble being one rather awkward exception…

The pound’s trade-weighted index, which is a measure of how our currency is performing against currencies we actually do trade in, is bobbing along the surface like a dead sea turtle, going nowhere fast but getting eaten by ravenous squawking journalists.

So, when the media say that the pound is plunging, what’s really going on is a rising US dollar.

Which also means that your holiday is not getting meaningfully more expensive as the pound falls, unless you’re going to the US specifically. And, even then, you should blame Jerome Powell, not Andrew Bailey, for the size of your losses at Vegas. Because it’s the American central banks’ high interest rates that are causing the US dollar to rise, at least in part.

I’ve felt all this personally, by the way. I recently transferred my savings in pounds, euros, yen and Australian dollars together to buy a house. And did the same to a lesser extent in 2018, when the flammable cladding crisis sabotaged our attempted purchase.

Each time I updated my spreadsheet to work out the total value of my savings, the various exchange-rate moves all seemed to cancel out, leaving me with a stable amount overall.

The point is, currency markets shuffle around like a school of fish. It’s tough to figure out where they’re actually going, if anywhere, because there’s no stable measure. They’re all changing in value. But the media likes to extrapolate trends that will send the local currency’s exchange rates to the Laurentian Abyss.

Of course, not so long ago, policymakers were busy actively trying to devalue their currencies, cheered on by the same journalists now bemoaning their losses. It was seen as a good thing to have a falling exchange rate. It encourages exports and all that.

In fact, economic history is like a pendulum between periods when a strong currency is considered to be a good thing because it allows people to buy more stuff and go on holiday, and periods when a low currency is thought to be positive because of the economic stimulus impact.

The free market naturally rebalances the two effects, which is why exchange rates are self-correcting, and why they help correct the economy. It’s also why the business cycle used to be known as the trade cycle.

But when you’re a politician or central banker and have to justify your job, or just get bored, then you’ll adopt whichever theory you need to in order to get busy. And so the currency is either too high or too low.

Which is a hint about what’s coming next.

PS I just want to check that you know about an important tipping-point event that could impact your wealth in one of the most testing years in the financial market’s history. And it looks like this moment could be upon us THIS WEEK.

As early as Saturday, you could see the curtain rise on what could be the biggest wealth-making event in crypto history… An event that Goldman Sachs believes is one of the “key drivers of the next bull phase”.

In fact, this moment could ultimately turn out to be the biggest wealth-making event in the history of the financial markets.

Today at 4pm, Sam Volkering is going to reveal exactly why this September date is so significant… he will show you everything you need to know to get ahead of the seismic change and reveal how you could take maximum potential financial advantage of it. Keep your eyes out for an email at 4pm today!

Forecasts are not reliable indicators of future results