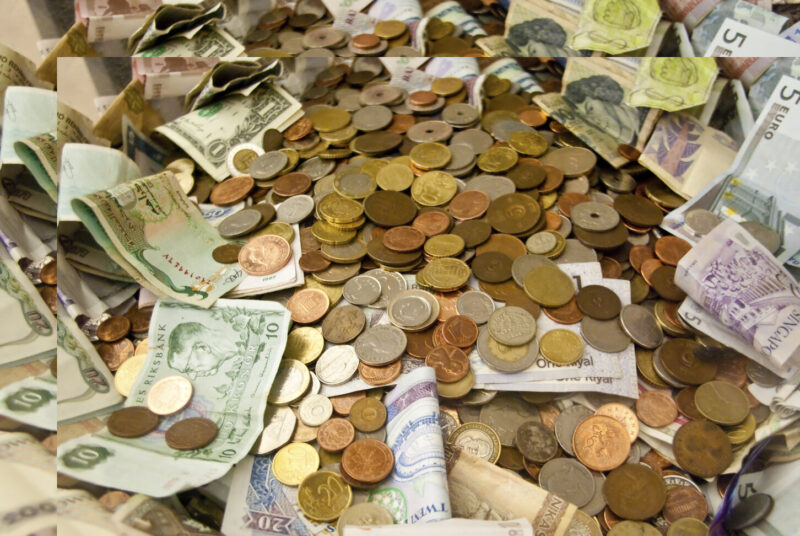 Today, I am reproducing – verbatim – a recent piece from my colleague John Butler.

John is currently the Editor of The Fleet Street Letter Monthly Alert, another Southbank Investment Research publication. As an international investment banker, he has worked for decades with some of the world’s largest institutional and private investors – in matters ranging from wealth preservation to enhancing returns through a wide variety of innovative strategies.

John really understands money and how it makes the world go round.

I trust that you enjoy this article.

I’d like to begin this article with a quote from the same man I’ve paraphrased in the title: “If ever I’m reincarnated, I’d like to come back as the bond market. You can intimidate everybody.” That’s from James Carville, campaign manager and advisor to former president Bill Clinton.

James Carville is something of a legend in American politics. Undeniably brilliant, he was both architect and executor of one of the most impressive, underdog presidential campaigns in modern US history.

But he also had a simple, matter-of-fact way with words – indeed, a way of connecting both with his colleagues and the common voter. When asked by a colleague during the final stretch of Bill Clinton’s 1992 presidential campaign about which issue would resonate most with voters, he replied, famously, “It’s the economy, stupid!”

On another occasion, one during former president Clinton’s first term, he made the statement about the bond market quoted above. This was after the former president proposed an annual budget which was regarded by the financial markets as expansionary and, thus, potentially inflationary. This spooked the US Treasury market, which abruptly sold off in anticipation the budget would pass more or less as proposed.

Yet it was this negative bond market reaction which ‘intimidated’ Clinton’s Democratic Party colleagues in the Congress into accepting some fiscally-conservative concessions from their Republican Party adversaries.

As readers may note, a historical echo of that episode occurred here in the UK quite recently. Following former chancellor Kwarteng’s announcement of a fiscally expansionary budget of unfunded tax cuts, the gilt market sold off sharply. Multiple large UK pension funds were caught out and forced to liquidate gilt holdings to raise cash collateral, making a bad situation worse. The Bank of England stepped in to provide emergency support with large gilt purchases.

Within days, (now former) Prime Minister Liz Truss showed Mr Kwarteng the door. And a few days after that, her Conservative Party colleagues did the same to her. The bond market had once again ‘intimidated everybody’, although this time over here, across the pond.

The true meaning of money

As a writer who frequently paraphrases others in his various essays and articles, my choice of title above introduces what I believe is now the most important macroeconomic variable for investors in the UK and elsewhere: money.

By ‘money’ I mean the money supply. Not the way you and I think about money each day, but the way in which economists choose to define and measure it. This is harder than it sounds. So, let’s begin here: what, exactly, is money?

Modern times have brought with them numerous forms of money or money substitutes, such as money-market funds and credit cards. Modern economists have sought to distinguish between the various forms of money, in particular, whether the money is available on demand, or if not, to what extent it should still be considered money.

This can, however, lead to much confusion. After all, money and money substitutes are not the same thing.

For example, is the money you could spend on your credit card money? Is money deposited in a bank account still money, or a loan to the bank?

It depends on your definition of money – that’s the real point. Which is why economists have created various definitions for different types of money. They didn’t get very creative with the names though.

M0, which nowadays comprises primarily idle or so-called ‘excess’ bank reserves, isn’t really money at all, rather ‘potential’ money that could, if desired, be loaned by commercial banks into existence.

M1 comes closest to what most of us think as ordinary money. That is physical cash in circulation and demand deposits.

M3 and M4 are broader still, including money-market funds and large time deposits (which might be rolled over indefinitely and hence never spent at all).

Money is a key macroeconomic variable for markets

To cut to the chase, or rather through the Gordian Knot puzzle of how best to explain the role money plays in the economy, I’m going to feature the work of well-known monetary economist Frank Shostak and his colleagues at Applied Austrian Economics (AASE).

Frank holds that, not only is money a key driver of economic cycles and inflation at the MACRO level of an economy, but even at a MICRO level, as money is not distributed evenly or simultaneously through an economy, but only one transaction at a time.

This means that money, especially when newly created by a central or commercial bank, flows into and through the economy in ways that can distort economic calculation.

Economic actors including businesses and households, will make decisions based on the distortionary incentives created through the money creation process: as money continues to be created, the accumulation of these distortions can lead to bubbles and malinvestments throughout the economy.

One result of the above is that the business cycle, thought by most economists to be a fact of economic life, is to a significant extent a distortion of the creation and distribution of money in the economy. And this is where Frank’s insights can be of use to investors.

Money, as in the money supply and changes in monetary conditions, if correctly measured, has strong predictive power vis-à-vis the business cycle, corporate profitability and the behaviour of financial assets – including interest rates, stock market and commodity prices.

Monetary analysis, if properly done, can inform, improve and enhance investment performance. This is why investors should pay it due attention.

What is money telling us now?

Over the past two years or so, according to the metrics on which Frank and the AASE team focus, there have been the largest swings in monetary conditions in decades.

The huge surge in money-generated inflation over the past year — which they predicted well in advance — is, according to their methodology, about to go into a sharp reversal, which could have a huge impact on growth, inflation and financial markets, including share prices.

During the Covid pandemic, the money supply in both the United States and UK, as defined by AASE, absolutely soared. Coming out of the pandemic, however, it plunged, and it is now indicating that inflation, while still elevated, is going to begin falling sharply next year.

The transmission lags between changes in money supply growth and subsequent changes in inflation vary country by country, as no two economies have the same economic structure, banking regulatory environment or preference for cash versus spending and investment.

While this impending decline in measured inflation might welcome news to those households struggling to keep up with the rising cost of living, what is unlikely to be welcomed by anybody is that the current economic downturn is nowhere near bottoming out. On the contrary, monetary factors indicate that things are going to get worse – and possibly much worse. What is already a recession in much of the world is likely to become even deeper in 2023.

According to Frank and his team, the near-term growth outlook is for a further deterioration, and before there is likely to be any relief from declining rates of inflation.

A robust monetary analysis, such as that provided in this edition by AASE, would indicate at present that investors should not only be defensive, but highly so.

Combined with the other reasons I have put forward this year as for why a defensive posture was warranted, monetary developments, as measured and utilised by AASE, make the case all the stronger. Those readers who would like to learn more about AASE are invited to visit their website at aasecon.com