The man who did nothing to save Germany (and almost succeeded…) 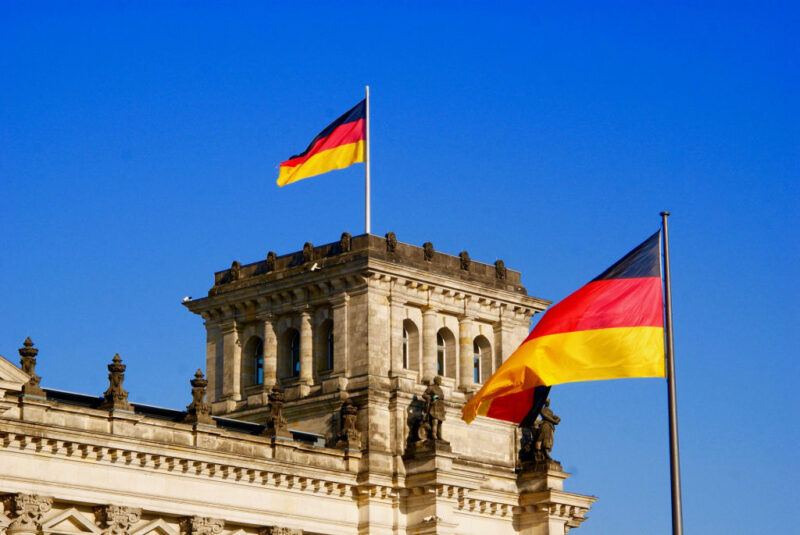 Today’s edition comes from my newsletter Gold Stock Fortunes. This excerpt explains how the Germans ended their dalliance with hyperinflation. It appeared alongside a more familiar episode of bringing down inflation – the 1980s. I hope it illuminates what the Bank of England governor Andrew Bailey should be doing….

Hjalmar Schacht was appointed currency commissioner for the Weimar Republic in 1923, and later head of the German central bank, the Reichsbank. What he did next is fascinating, and a wonderful rebuttal of all political and economic conventional wisdom today.

This might seem an odd way to solve the problem of inflation. But, if you accept that inflation is caused by government policy, then it makes quite a lot of sense. To bring down inflation, all you need is for the government to stop causing it.

He telephoned a great deal – he telephoned in every direction and to every German or foreign place that had anything to do with money and foreign exchange as well as with the Reichsbank and the Finance Minister. And he smoked.

He did not eat much during that time. He usually went home late, often by the last suburban train, travelling third class. Apart from that he did nothing.

To be fair, Schacht actually did a great deal initially.

He launched a competing currency inside Germany called the rentenmark, which operated alongside the official but hyperinflating papiermark (papermark). That currency was still being (mis)managed by Schacht’s predecessor at the central bank, the legendary architect of the Weimar hyperinflation, Rudolf von Havenstein.

Schacht simply provided an alternative to the papiermark that did not hyperinflate – a currency which enabled the German harvest to be bought and sold again, bringing food into starving cities. There’s a great deal of speculation today about what would’ve happened without what historians called the “miracle of the rentenmark”. Let’s just say that I’m unlikely to have been born – bearing in mind where my great grandparents were living at the time.

Based on his success at stabilising prices enough to make basic economic exchange viable again in Germany, Schacht eventually took over the official national money supply too. He became head of the German central bank and wrestled control of the money supply from the government.

He relaunched the official German currency with the same intentions as his rentenmark. The newly gold-backed reichsmark replaced the papiermark at an exchange rate of 1 trillion to 1.

In his 1953 biography, Schacht explained the importance of gold backing: “The introduction of the banknote of state paper money was only possible as the state or the central bank promised to redeem the paper money note at any one time in gold.” Without this, the Germans wouldn’t have believed in the commitment to stop printing money.

Schacht turned the currency and central bank from a money printing institution whose purpose was to finance the government’s deficits into an organisation that did neither.

Then he locked himself in the broom cupboard, sat back, and let all hell break loose.

About that “pain” Jerome Powell was referring to…

What made doing nothing so important is the amount of pressure on Schacht to “do something” – the rallying cry of all politicians and central bankers today, even if they disagree on what should be done. Right now, everyone from the United Nations to mortgage payers are clamouring for central banks to stop hiking interest rates. But the “pain” has barely begun.

For Germany, the reality of shifting an economy run on inflation onto one run on sound money and (briefly) balanced budgets was extremely painful. As one British official in Germany put it, the country had to pay the “painful symptoms of convalescence – heavy taxation and widespread unemployment.”

The unemployment was the key underlying crisis triggered by ending inflation. The amount of unemployed in Germany doubled in the month after the currency was stabilised. And the devastation that comes with unemployment spread: it included hunger, cold, social unrest, crime and the annihilation of vast amounts of savings. In Germany, it even made political revolution seem likely.

How serious was the central bank in its commitment to slaying inflation? Just before Christmas, the federal government had to suspend its own payroll to wait for tax revenue…

Can you imagine that occurring today? Because that’s what it takes to bring inflation down.

By March of the following year, the German government’s deficit of 99% of tax revenue had reversed to a balanced budget! The government went from spending 99 times more than it got in tax revenue to balancing the two…

To say this performance didn’t last would be an understatement. But the knowledge that the central bank wouldn’t print the difference is what prevented a return to inflation thereafter, as bad as things got, economically and politically. And they got bad.

It wasn’t all bad news though. Faced with the reality of a currency that would no longer pay for impossible promises, things began to shift in the economy. Miners and industrial workers gave up on their demands and returned to work. Government employees accepted pre-war level salaries. Workers were forced to accept any work, at any rate. People stopped trying to live off the free flood of money coming from the printing press.

On Christmas Day 1923, the UK’s ambassador in Berlin wrote of the “magical wand of Currency Stability”:

Not even the most fanatical advocate of stabilisation – and this title I yield to no one – could have anticipated more remarkable results from its attainment than those which are now manifest.

Food has become abundant in the great towns; potatoes and cereals are brought to market in large quantities; while butter, which was obtainable only in the better quarters, is now offered at stable, if at high prices. Animals crowd the abattoirs and queues have disappeared from before the shops of butchers and provision merchants.

The economic détente has brought in its train political pacification – dictatorship and Putsches are no longer discussed, and even the extreme parties have ceased, for the moment, from troubling.

His views were echoed by many international observers at the time and long after.