May you live through interesting times… 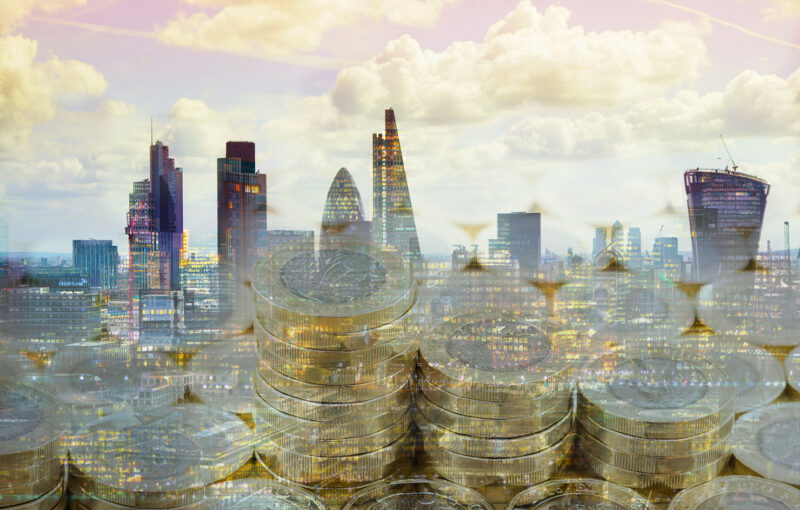 – “I Predict a Riot” by The Kaiser Chiefs

Wherever you sit on the political spectrum, it is now impossible to regard the British government’s increasingly draconian overreaction to the coronavirus crisis as remotely proportionate. As we all know, however, the UK’s situation is hardly unique. Much of the Anglosphere is now under the equivalent of house arrest. The economic implications are sobering in the extreme.

Investors should rightly be watching political developments with some degree of concern.

At a macro-economic level, much hinges on the orderly transition of presidential power in the US (assuming that the ever irascible Donald Trump is unable to pull some form of miraculous rabbit from his presidential hat). After last week’s incredible scenes at the Capitol, that looks like a forlorn hope.

Much else hinges on the speedy rollout of vaccines that ought, at least in theory, to justify reversing some of the more onerous lockdown provisions. That, sadly, relies on the government acting rationally. I fear that almost everyone within our current government has simply gone mad.

So how should investors prepare for the year ahead?

The seminal experience of my career in the City was the pound sterling’s “accidental” ethnic cleansing from the European Exchange Rate Mechanism in 1992. That experience taught me two things.

One: never trust politicians. Especially when their mouths are open.

Two: central banks and governments can kick around the stock market and the bond market with relative impunity. But the one market too big for even central banks and governments to manipulate without meaningful pushback is the foreign exchange market. It is simply too big and too liquid. Even concerted government intervention can barely touch the sides as it plunges effetely down into the abyss of lost taxpayers’ treasure.

So, at some point during 2021, I expect that currency market volatility will return with a vengeance. Admittedly, every major national treasury around the world is firehosing money at their economy in the vain hope of maintaining some semblance of normality, but not all governments are in the same hopeless state.

France, for example, is acutely vulnerable. (Cue the world’s smallest violin playing in sympathy for one of our oldest sovereign enemies.) As the strategist and financial historian Russell Napier points out, France’s public and private sector debt-to-GDP ratio now stands at 330% and fast approaching 400%, versus roughly 200%, for example, in Germany. Germany, in other words, may soon have to bail out France.

Meanwhile, all governments will soon have to worry about how to keep bond yields under control while the foreign exchange markets perform their perennial job acting as an investor’s best safety valve.

The pursuit of financial repression at the sovereign state level in the euro zone is entirely inconsistent with the operation of a single monetary policy and thus the continued operation of a single currency. Every developed world country has the same problem and they will all seek the same solution, but in the euro zone the implications are of a different magnitude. The attempt to create a single currency, that all but bankrupted the financial system before COVID and has pushed unemployment to astronomical levels in some states, must now end if debts are to be inflated away. If one monetary policy to rule them all did not work, there is no way one financial repression to rule them all can.

Whisper it quietly, but the integrity of the eurozone can no longer be taken for granted. Buy popcorn and enjoy the spectacle from the sidelines.

My primary concern for 2021 is the likely return of inflation or stagflation (ie, inflation without any associated economic growth) – think “Back to the Seventies”. For this reason alone, I suggest that the monetary metals, gold and silver, have a good and possibly very good year ahead of them. Price volatility, however, is assured – so we will all need strong stomachs.

Another non-trivial concern is the valuation pressure sitting on top of Big Tech, notably in the US where the so-called FAANGs (Facebook, Amazon, Apple, Netflix and Google) reside. Social media companies have, in my view, behaved quite disgracefully with their effective cancellation of the accounts and media platforms of President Trump, so I suggest that any investor and regulatory backlash there on free speech grounds will cause significant collateral damage.

The veteran investor Jeremy Grantham of fund manager GMO also foresees trouble ahead for US equity markets (emphasis mine):

But this bubble will burst in due time, no matter how hard the Fed tries to support it, with consequent damaging effects on the economy and on portfolios. Make no mistake – for the majority of investors today, this could very well be the most important event of your investing lives. Speaking as an old student and historian of markets, it is intellectually exciting and terrifying at the same time…

Happily, it is not necessarily all bad news:

As often happens at bubbly peaks like 1929, 2000, and the Nifty Fifty of 1972 (a second-tier bubble in the company of champions), today’s market features extreme disparities in value by asset class, sector, and company. Those at the very cheap end include traditional value stocks all over the world, relative to growth stocks. Value stocks have had their worst-ever relative decade ending December 2019, followed by the worst-ever year in 2020, with spreads between Growth and Value performance averaging between 20 and 30 percentage points for the single year ! Similarly, Emerging Market equities are at 1 of their 3, more or less co-equal, relative lows against the U.S. of the last 50 years. Not surprisingly, we believe it is in the overlap of these two ideas, Value and Emerging, that your relative bets should go, along with the greatest avoidance of U.S. Growth stocks that your career and business risk will allow.

In admittedly trying circumstances, may I wish all readers a happy, peaceful and prosperous new year! Hold tight, and keep the faith.