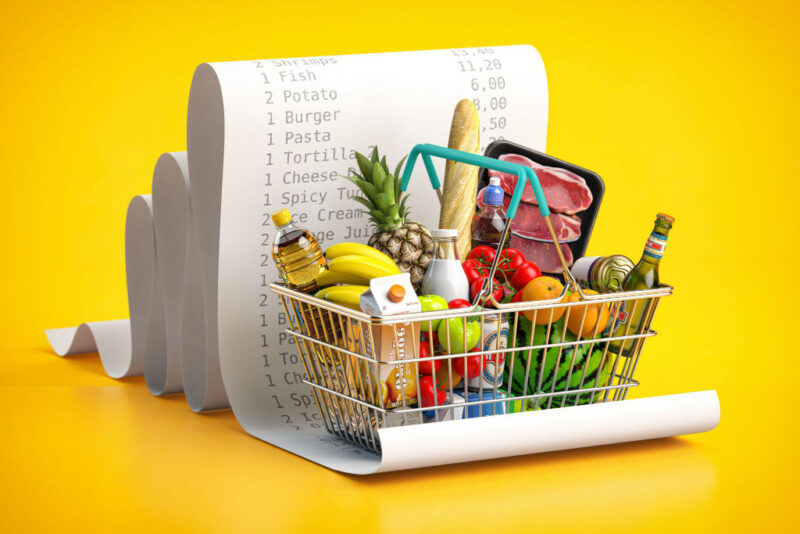 There is just a quick note from me for today. That’s because I want to focus on something very specific and awkward about inflation. And I want you to take the time to think about it long after you finish reading…

Imagine the world economy is suddenly hit with a pandemic’s worth of supply chain disruption, a green energy escapade, sanctions on Russia, huge quantitative easing (QE) from central banks and vast government spending programmes, all at the same time.

It’s unlikely, I know, but bear with me.

In other words, we get supply chain delays, shortages, cost spikes and a wall of money that swamps the economy.

The result is a spike in prices, which shows up in statistics as double-digit inflation.

Fine. But what happens next?

Do prices continue to go up?

Let’s say they do rise, to even less affordable levels. But not as fast as they had risen over the past year and a half.

What do inflation statistics look like in that scenario?

Inflation would fall. That is because prices are rising slower than they were before.

This is an important point. Prices would still be getting less and less affordable. From awfully high prices to terribly high prices – the problem of high prices would be getting even worse. But inflation statistics would go down as the pace of price increases slows, cheering the stock market and encouraging central bankers to pat each other on the back. All the while, prices continue to go up and up…

But… are prices really going to continue to go up?

Consider what happens to inflation data if the answer is “no”. If prices soared in 2021 and 2022 because of all the forces mentioned earlier, and then they remain very high, but stop going up. What would inflation statistics look like in 2023?

Prices would still be high. They’d be painfully high, in some cases. That means that they’d be high enough to cause factories to shut down, to keep homes uncomfortably cold and to make a great deal of economic activity unviable.

But inflation would be zero, because prices had stopped going up.

Ironically, in such a scenario, central bankers would not be congratulating themselves for having solved the problem of inflation. No, they’d panic about a lack of inflation. Their mandate, after all, is to keep inflation at around 2%, not 0%.

So, to central bankers, painfully high prices would not be high enough if they stopped rising.

Is food unaffordable today? Well, food prices need to keep going up, but only by 2%.

My point is that high prices are not inflation. Only rising prices are. And, for the inflation problem to persist, prices must continue to rise.

If prices stop going up, inflation falls below the central banks’ target. Even if those prices remain unaffordable.

But I’m not convinced that rising or stable high prices are plausible given the effect on the economy of high prices so far.

It’s far more likely that many prices will come back down again as a recession hits because of high prices. This means negative inflation, or deflation.

The irony is that central banks fear deflation above all else. That’s because it makes debt harder to repay. Also, central bankers like to encourage economic growth via borrowing.

But never mind that. Follow my line of thinking on inflation to its logical conclusion.

If prices are unaffordably high, and are threatening to come back down to affordable levels, meaning deflation, what are central bankers going to do about it?

Their mandate is 2% inflation, not affordable prices.

Their mandate is to bring 2% inflation to bear on the dangerously high and unaffordable prices we have today.

This is a bizarre situation where central bankers don’t focus on how expensive something is, but on making it 2% more expensive each year, even if it’s already unaffordable.

Allowing prices to fall back down to manageable levels would mean the dreaded deflation takes hold. And that must be avoided at all costs!

The conclusion is simple. Central banks are going to try and cause unaffordable prices to get even less affordable. However, they are going to do that a bit less quickly than during the past two years.

If they succeed, painfully high prices will be even more expensive next year. But, as long as the increase is only around 2%, that’s what success looks like…

And if you want your wages to catch up to the unaffordable prices they’re propping up, then you’ll be lambasted for risking a wage-price spiral.

In coming months, I want you to keep several things in mind to avoid being misled by inflation statistics…

Do not be misled by falling inflation rates – they are not good news. Prices are still rising. Given how high they are, 2% inflation, or even 0% inflation, is bad news.

So, the rate of change, inflation, is less important than how unaffordable prices are in the first place. And, just because prices are getting unaffordable at a slower pace doesn’t mean they aren’t reaching ever more absurd levels, causing real economic problems.

If you’re waiting for prices to come back down to more affordable levels, you might be waiting for a long time. The central banks’ mandate is 2% inflation, not bringing prices back down to the level you can afford.

And last but not least, don’t confuse high prices with inflation (rising prices). It could be an expensive mistake to make.

All this is why we’ve been busy preparing a plan for investors to deal with inflation, even as hope grows that it’ll slow down. Find out more here.