How much longer will you put up with these crises? 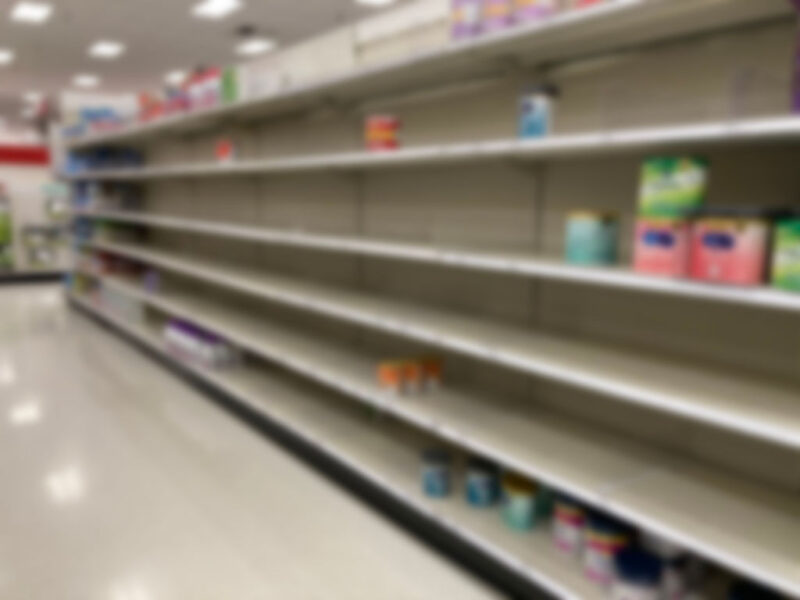 The news is turning unusually sour. And that’s saying something, after the past two and a half years… It’s not just financial markets though. There’s an energy crisis, an inflation crisis, a worker shortage and lots more playing out in the real economy, where even those ignorant of finance feel them.

I’m starting to wonder how long people will put up with all this. And it’s not just me who’s doing the wondering, either.

The German foreign minister and Greens leader explained to her Canadian colleagues that they needed to break their own sanctions over the Gazprom gas turbine because, “if we don’t get the gas turbine, then we won’t get any more gas, and then we won’t be able to provide any support for Ukraine at all, because we’ll be busy with popular uprisings.’”

The head of a Swiss Canton’s Police, and chair of his peer’s organisation across Switzerland, recently told a Swiss newspaper that, “it’s plausible that people will rebel” over energy insecurity. In such a scenario, the issue of national security would turn from securing foreign energy supply to so-called “internal security”. And if you’re not sure what that means, well there’s a reference to security forces…

The police officer was also damn clear about why exactly things would break down. And it’s not energy bills he’s worried about per se…

Imagine: the ATMs no longer allow withdrawals, in the shops you can’t use your card to pay and at the petrol station you can’t get petrol. And the heating isn’t working anymore. One has to freeze. In the streets its dark. Then it’s plausible that the people will rebel or that it comes to plundering.

I remember predictions like this being published by my colleagues a few years ago. And them being derided for it. Now it’s a Swiss police chief who’s making these predictions!

In the United States, inflation in necessities like food, petrol and electricity hit a high going back to the 1940s. But the Americans don’t have it as bad as the Europeans.

Producer price inflation in Germany in particular is particularly jaw dropping. I’ll quote Reuters directly on this one:

Producer prices — a leading indicator for inflation — surged 37.2% on the year, the biggest rise since records began in 1949, the federal statistics office said on Friday. The month-on-month rise, 5.3%, was also the highest on record.

If consumer prices keep up with producer prices, as they historically do, then the Germans are looking at double-digit inflation. That is something that the German central bank has now acknowledged.

And, with inflation figures like that in the pipeline, or should I say “in the lack of a pipeline”, it’s no wonder the German government doesn’t know whether it’s coming or going. Reuters continues:

Feeding into already high energy costs, the German government will impose levies on gas consumers from Oct. 1 that will add several hundred euros to the average family’s annual energy bill. To cushion the blow, sales taxes on gas are set to be reduced to 7% from 19% while the levies are in place.

As Ronald Reagan explained long ago, “Government’s view of the economy could be summed up in a few short phrases: If it moves, tax it. If it keeps moving, regulate it. And if it stops moving, subsidize it.”

Germany is even prioritising the running of coal trains over passenger trains, confirming Greta Thunberg’s worst criticisms of German rail (its “overcrowded trains”).

The European electricity market isn’t buying the solutions. Well, not in that sense. German benchmark electricity prices rose more than 25% on Monday last week, to 14 times the average…

According to a Professor of Energy Policy at the Hertie School in Berlin, Germany’s first professional school for public policy, “The price *increase* since this morning is larger than the highest-ever price *level* recorded before the crisis.”

Which needn’t be an immediate problem because electricity supply contracts are usually long term. But we live in unusual times. The professor goes on to add:

I’ve talked to a number of financial energy traders and market operators this week. They all say much of German industry has stopped buying power and gas forwards, i.e. they stopped hedging. Which means it’s the spot electricity price they’ll be trading.

Either prices will fall, firms say. Or they’ll stop producing.

You don’t need to wait to find out which. Europe’s high-energy-using industries are shutting down over energy costs. That will in turn put pressure on the supply of industrial metals, chemicals and other goods, leading to even higher producer prices and then consumer prices.

In the UK, many businesses have decided on shutting down too, according to the Guardian:

The huge jump in [electricity] prices is slowly filtering through to businesses as their fixed-term contracts – some of which last for several years – expire, and many have been shocked by the increase as bills land on their doormats. A growing number are being left with no option but to stop trading.

A Labour analysis showed that there were a record 20,200 fewer businesses in the second quarter of this year – the largest loss in this period since records began.

Meanwhile, UK workers’ earnings, adjusted for inflation, fell by the most in 20 years in the last quarter. That’s despite very low unemployment.

Supermarkets and charities are teaming up to offer interest-free loans on basic food items.

UK schools are considering a three-day week over energy bills. And on the radio this morning I heard they’re unable to hire sufficient staff because of costs.

But at least governments are on to the problem, right?

But there are ideas out there to “fix” things. GPs could be the ones prescribing cheaper energy bills for their patients under Treasury plans. Which makes perfect sense given the NHS is taking 20 times longer than its target to answer emergency calls – which is still less than it takes to reach your energy company.

The problem with government solutions is the problems they create.

Human sewage might be needed to fertilise crops because of the transition away from fossil fuels according to University College London scientists. I bet you didn’t see that in the green energy brochure!

The lack of fossil fuel by-products could cause a fertiliser shortage according to the study. Ironically, the same by-products are also needed for the green energy transition itself…

Given that green energy is more important than food, it’s poo for you.

And if you’re planning to drown your sorrows over all this, think again. Scotland is mulling an emissions crackdown on its whisky industry.

So, the answer to my original question is that people won’t put up with all of this much longer. Especially now that, worst of all, Bloomberg reports “Credit Suisse Investment Bankers Are Bracing for Brutal Cutbacks”.

Sorry, not that one, I meant this one from the investment bank Citi: “we now expect CPI inflation [in the UK] to peak at over 18% in January”.

It’s over. Prepare for riots… or an end to Russian sanctions. Or both.

Strangely enough, the one obvious solution to the crises – from energy to inflation – is being touted by politicians as the biggest risk to making these crises worse.

The single biggest risk of the ongoing fallout from the war in Ukraine is the possibility that European solidarity could break down, one Belgian official said, adding such an outcome could undermine energy markets and damage efforts to reach climate neutrality by 2050.

The delusion runs deep in some parts of the swamp.

I’m pretty sure ending sanctions and opening Nord Stream 2 would be rather helpful to the energy market right now. As it was for the Nord Stream 1 turbine when Germany’s foreign minister warned of uprisings…

It might even reduce reliance on coal and save the planet…

To most political parties these days, being voted out qualifies as an uprising. But, as the energy consultants who predicted this debacle recently tweeted, “The total failure of Europe’s energy policy risks the collapse of the European Union.”

How should investors prepare for winter inflation? Find out here from Nigel Farage.