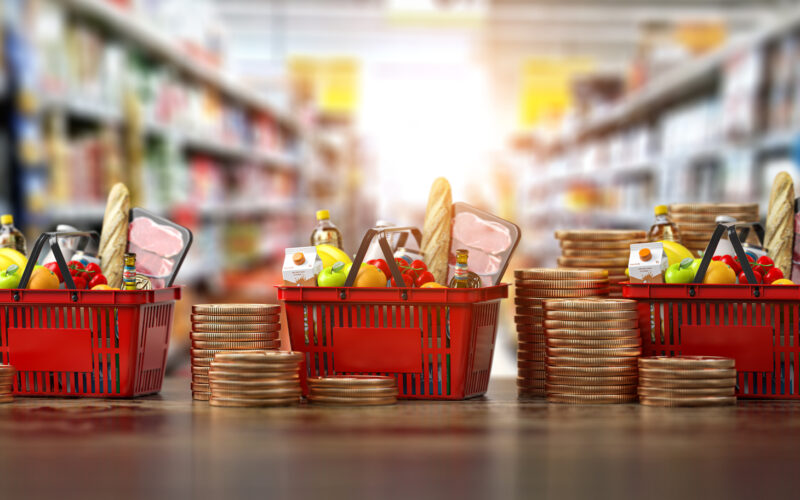 Is the inflation genie out of the bottle?

It’s notoriously tough to get inflation back under control once you unleash it. That’s why turning points in inflation are so important – and especially to investors who are trying to preserve their real wealth, which means wealth adjusted for inflation.

Anticipating the inflation of the 1970s would have been life changing. Well, failing to anticipate it certainly had an impact on many members of my family…

If inflation does roar in coming years, we’ll look back at today as the turning point: that is to say the moment when we wonder how we didn’t see the inflation disaster coming.

But even with the recent surge in inflation data, the case isn’t so one sided.

There are still some deflationists – who claim that the genie is very much stuck in the bottle.

First, though, let’s review that data, which was released last week…

The UK’s June consumer price inflation rose to 2.5%, much higher than the 2.2% that had been expected. The Retail Price Index (RPI), which is used to calculate changes to interest and principal payments on the UK’s inflation-linked bonds (“linkers”), came in at 3.9%.

But the UK isn’t the centre of the inflation maelstrom. That centre would be the world’s largest economy, its key financial market and the global reserve currency.

In other words, the United States’ inflation problem is very much our problem too.

The US Consumer Price Index (CPI) rose 0.9% month over month and 5.4% year over year. The monthly increase was almost double the expected amount of 0.5%.

Core CPI, which strips out highly volatile prices like food and energy, was also up 0.9% month over month and 4.5% year over year. That’s the largest increase in 30 years.

Goods prices, which people notice disproportionately, are soaring much faster than services, up 8.7% year over year, the fastest since 1981.

Bank of America’s inflation indicator hit its highest possible level of 100 on the data dump.

Now you might think all this goes some way to settling the raging debate between inflationists and deflationists – those people who think that we’re in for years of surging prices and the folk who think that prices will continue to be subdued.

But each side of the inflation versus deflation debate was able to see in the data what they wanted to. It’s a case of confirmation bias spiking as much as inflation.

Deflationists argue that the year-over-year data is going a little haywire because the year of comparison is 2020, which was a little unusual…

In support of this claim, the biggest contributors to the surging CPI are items especially badly hit by the pandemic like flight prices.

As the economist David Rosenberg pointed out, “about 90% of the core CPI was +0.2% in June (+2% YoY) and 10% of it jumped over 5% (+20% YoY). Autos (used, new, rentals), airlines, movies, hotels — there’s your inflation. The skew is unprecedented.” Used cars are the posterchild of this skewed inflation, with used car price increases leaving even the 1970s in the dust.

The problem with this argument is cleverly summed up by this sarcastic comment which is circulating on social media: “If you exclude all the things with rising prices, there is no inflation!” Indeed…

The inflationists do acknowledge the poor comparison to 2020 though. But they point out the accelerating rate of month-over-month inflation, which isn’t subject to the problems of comparing to 2020. It compares June 2021 to May of 2021, not June 2021 to June 2020.

What does a monthly view reveal? Well, if inflation continues at the June pace, the US would have 11% annual inflation! We’re talking about a double-digit inflation rate. Suddenly that 0.9% isn’t so small, is it?

Rob Marstrand of UK Independent Wealth sent me this in an email exchange shortly after the US CPI results came out:

The key thing to watch is the monthly figures… because there’s no “base effect” from last year in those… and the trend is acceleration:

In other words, for the first half of 2021, prices rose 3.7%, which, if it continued for the year, would mean inflation at 7.4% for the year. Excluding the volatile food and energy components, we’d still have 5.9%.

In a similar line of argument, Bloomberg pointed out that, “In the three months through June, the core CPI increased at a more than 8% annualized rate, the fastest since the early 1980s.”

In other words, if inflation continues at the same pace as in the first three months of 2021, which are unaffected by the base year effects of year-over-year data, we get 8% inflation.

To put it simply, menacing rates of inflation are already here. The question now is whether they’ll continue.

A part of the answer lies in producer prices, which can lead consumer prices as companies pass on the burden.

That’s how our John Butler anticipated the current consumer inflation spike back in May, before it kicked off.

Well, on Wednesday the data revealed US producer prices soared 1% month over month and 7.3% year over year. That’s faster than CPI.

In the last ten years, the Producer Price Index has only managed a year over year high of just over 3%, so we’re more than double the last decade’s highs.

Interestingly, while services prices for businesses rose less than a per cent month over month, goods prices surged 1.2%.

That’s a review of the data. Next came the kerfuffle over the reaction.

Should central bankers be pumping billions into financial markets and keeping interest rates near zero when inflation is at 5%? Some would call it insanity.

US Federal Reserve chair Jerome Powell admitted that tapering (i.e. reducing) quantitative easing (QE – the process whereby the US Federal Reserve creates money to buy US Treasuries and other bonds) was being discussed, which was enough to send stock markets stumbling, for a while.

But Chicago Fed president Charles Evans noted that “inflation upside risk is not as strong as I’d like it” and “more persistent inflation wouldn’t be bad”.

At some point, if inflation continues, central bankers will be forced to raise interest rates. But when?

Because financial markets effectively price future outcomes, it’s possible to derive the presumed probability of various events based on the market price of assets.

And the “market-implied Fed rate at end of 2022” measure is currently at 0.5%, having doubled since January, according to Zero Hedge. That means that the market expects one rate hike in the next 18 months.

In the UK, bond prices skidded on our rising inflation. But the continuing inflation spike in the US wasn’t enough to unsettle the bond market there, which should be its first victim.

After an initial spike on the day inflation was revealed, the yield ended up falling even lower over the subsequent two days. With inflation rates above 5%, the 30-year Treasury yield dropped below 2%…

Investors are losing money on loans to the US government. And that’s not to mention other savers who are getting even more pitiful interest rates.

So, why isn’t the terrible inflation data leading to carnage in the bond market? If inflation is reducing the value of money, then surely lending money to the government for 30 years at less than half the rate of inflation is a bad idea?

There are plenty of arguments to suggest why bonds are not crashing.

The first is that inflation is transitory. It’ll go away by itself, don’t worry. There’s plenty to this argument because of things like demographics and debt.

Another possibility is that, if interest rates do rise, it’ll trigger another financial crisis because there is now simply so much debt that the world cannot afford higher rates.

In such a crisis, people flock to government bonds. And that suppresses yields. So the low bond yields are in anticipation of a crisis from higher yields…

The alternative theory is something called financial repression. Tomorrow, we will look into what the leading expert on that topic has to say. It features juggling incontinent squid…