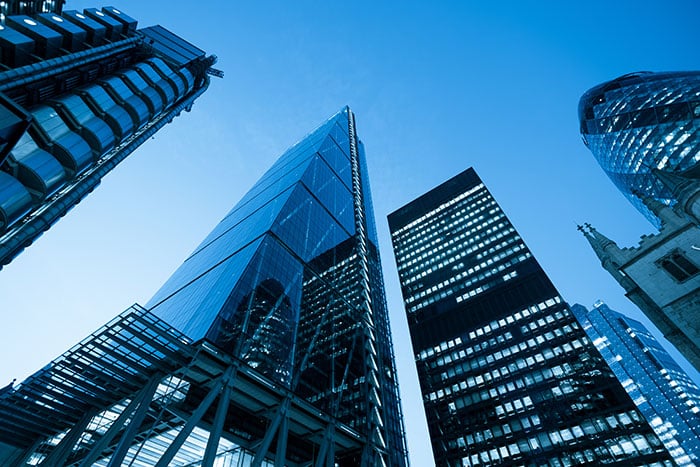 Another Currency Reset is coming. Our US dollar-based international monetary system is at the end of its tether. But what does that mean for investors? It depends how things play out…

Why should you care about the coming Currency Reset?

Investors who understand Currency Resets are a bit like the 18th century merchants who understood tradewinds. They might not help much with what to buy and sell on a daily basis, but they determine how far you’ll go and in which direction in the end. They are, in a way, the true key to getting rich in the long run.

The currency system you choose determines the future of investment returns

Why does a Currency Reset happen?

Currency Resets happen every few decades for a simple reason. Each currency system – whether it’s based on commodities like gold, bank credit, military supremacy or political will – has a bias built into it. And a flaw.

Which currency system you personally favour reveals a lot about your personality and character, but let’s not get into that much detail here. The point is that each system creates trends you can invest in.

Now, eventually, those trends exhaust themselves and hit some sort of limit. Then a new system must be created to avoid a collapse. And that new system has its own biases, flaws and therefore new investable trends.

Let’s look at some examples.

Credit-based money, like ours today, tends to run up too much debt. This is great news for debt-financed assets like property. That’s why property prices have surged to nosebleed levels since the 1970s, becoming completely unaffordable for many people.

During bad times, lending crashes. This crushes the money supply with it, making credit-based monetary systems dangerous. 2008 was the textbook example, but it’s an old phenomenon. You need to invest accordingly – be crisis proof and speculate on leveraged assets during the booms.

Currencies based on political unions fall apart when the political will evaporates. The Latin Monetary Union broke down thanks to World War I, Yugoslavia’s breakdown featured impressive financial chaos and the euro is looking wobbly right now thanks in part to coronavirus controversy.

Commodity money like the gold standard is inefficient, expensive to manage, politically awkward and far too honest for politicians to be trusted with. They want the power of seigniorage (issuing debt in a currency the control), to run sustained budget deficits (usually to finance wars): and gold makes all this expensive or impossible.

But, while it lasts, commodity money can provide stability, just as precious metals are inherently stable. The Industrial Revolution and the Bretton Woods system are examples of this stability generating economic prosperity.

As long as politicians are given the power to abandon commodity money, it’s only a matter of time before they do. America’s founding fathers understood this well. It’s why the constitution they wrote specified that “No State shall […] make any Thing but gold and silver Coin a Tender in Payment of Debts”.

The US dollar global reserve currency

The US dollar came to be the global reserve currency thanks to the attempt to dethrone the UK’s pound from the same position. It has lasted thanks to US military and economic supremacy. During this time, the United States dominated the global economy and financial markets too.

The US stock market has left all other major competitors in the dust since 2008. And the US trade deficit hasn’t been a problem to finance. In other words, the United States’ role as the centre of the global currency system is a powerful advantage.

But, just as all currency systems do, it has run its course. History is full of currencies that lost their reserve currency status. And the decline that happens as a result.

Why a Currency Reset now?

The US dollar-based system is crumbling in a long list of ways. It has competitors around the world trying to evade it. The amount of US dollar debt is out of control. And the remedies of interest rate cuts and quantitative easing (QE – whereby central banks essentially create money out of thin air in order to buy bonds) are reaching absurd levels.

Being the global reserve currency comes with costs too. A soaring exchange rate, like the US dollar’s during a crisis, dishes out economic pain to exporters.

The threat of losing your reserve currency status in a disorderly way is also quite dangerous. If people cease to use the US dollar around the world, that means a vast oversupply of the currency. It could crash as people sell out of dollars they used to need to conduct trade.

The point is, an orderly transition to a new global currency order is preferable to a collapse. Even for the Americans, at this point. That’s why the UK agreed to the Bretton Woods system. It would manage the decline of the empire and the UK’s power around the world in a way that passed power to a close ally. And in a managed way.

Well, all of these things are underway once more.

China has already overtaken the United States as the largest economy in the world by some measures. Even in nominal terms, it may take the crown by all measures in just a few years. China is flexing its military muscle too. It has been selling US government debt, which undermines the US government’s ability to borrow money cheaply.

Perhaps China is preparing to challenge the US dollar’s status as the global reserve currency.

Debt is just too high

The most important reason for an imminent Currency Reset is much simpler. It’s debt. The world simply has too much debt – vastly more than in 2008. And the Federal Reserve has lost control of it now that inflation has finally emerged.

When a debt-based system like ours cannot borrow any more, it begins to collapse. And we need to turn to a new system.

On 13 March 2020, the Financial Times was willing to give you a hint of what’s to come. The FT’s Gillian Tett wrote this at the time:

Markets contemplate a future in which stimulus does not work

[…] investors may be starting to contemplate a world in which financial morphine no longer functions. After all, another startling detail about Thursday’s drama was that the yield on 10- year bonds rose to 0.88 per cent, compared with 0.76 per cent two days earlier.

This is alarming — and odd — given the Fed support announcement on Thursday; doubly so, since Wall Street analysts now predict that the US central bank will cut rates to zero next week.

Maybe this can be blamed on more forced selling (there are rumours of hedge funds engaged in relative value strategies being forced to unwind positions in a manner that distorts bond prices).

But it might also reflect something else: some investors no longer think that a shot of cheap money works in the face of medical uncertainty, a global recession, looming corporate defaults and weak political leadership. Either way, the key point is this: Thursday’s crash not only pushed March 12 2020 into the history books; it also undermined the image of central bank omnipotence. If President Trump thinks he can reverse the rout by demanding more Fed action, he is gravely mistaken. Prepare for more market spasms.

Did you notice she repeated it three times, including in the headline? Investors have realised that more QE won’t work. And that was before the Fed announced “QE infinity” ten days later, when stocks went down, as we highlighted elsewhere.

The thing is, there is nothing else – nothing more the Fed can do. An entirely new currency system is needed. And that means a Currency Reset.

But which system will the world turn to?

How to profit from the upcoming currency reset?

The end of the current system implies a crash in the power of the US dollar. Its value, its ability to keep the US as a global superpower and the value of US dollar investments like those on US stock markets.

Similarly, the end of the credit-based system suggests that investments which have been bid up because of debt will come crashing down. People won’t borrow as much to buy houses, for example, causing house prices to fall.

The right investments will be determined by the system we turn to. Perhaps it’ll be based on a new international institution’s money, like the International Monetary Fund’s Strategic Drawing Rights? That would usher in a new era of fiat money and assets in the powerful economies of the future will perform well.

Perhaps the new monetary system will be based on a currency backed by a commodity like gold or oil? That would be good for that commodity.

In the past, the breakdown of the euro’s predecessors created a Deutschmark Zone – a sort of German-centric version of the euro. This could return, allowing Southern Europe to recover economically at last.

Until we know how the geopolitical crisis which comes with a currency reset unfolds, we won’t know which system we turn to. And so it’ll be difficult to know how to invest.

Your best bet is to stay informed.

If you want to keep up to date with currency reset developments, subscribe to our free Fortune & Freedom newsletter.