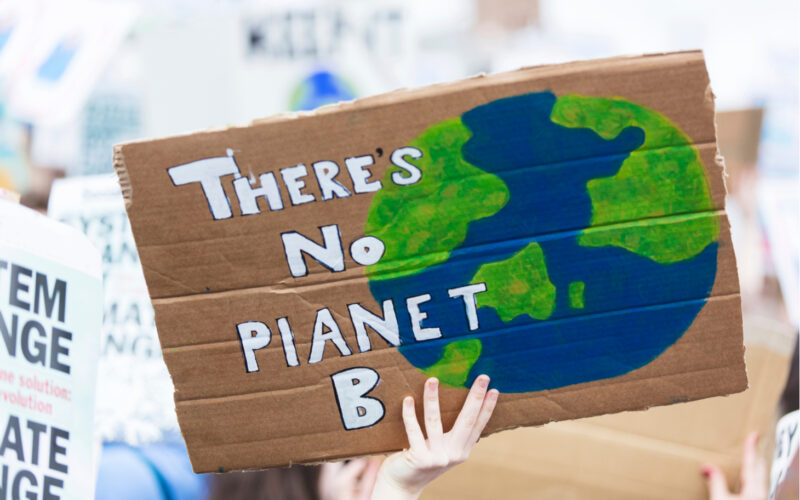 Yesterday, we left you with an enticing question. Now that we know science and media can be enslaved to political causes, what else might the cabal be hiding? It’s not just Project Fear and the Wuhan lab leak, is it? I wonder if climate change and the economic green revolution could be another example of scientists and the media not speaking up about what they know, for fear of the political consequences…

At Fortune & Freedom we don’t conform or pull punches. (Nigel isn’t exactly known for doing so in politics.) So, let’s dig into the merits of the green revolution, and why it looks more like the economy is getting gangrene than going green to me. I doubt you’ve heard my particular angle on this before…

The reason why communism was doomed to fail was revealed in the socialist calculation debate of the 1920s and 1930s. The basic idea was simple. Without free market prices, it becomes impossible to calculate whether an economic activity makes sense – and whether it creates value.

Consider, for example, grapes. Should grapes be eaten, juiced, dried into raisins or used to make wine?

The free market answers this question with prices. Prices appear as both consumer prices and also as costs. The free market’s prices tell you what people are willing to pay for grapes, grape juice, raisins and wine. But also what it costs a raisin maker to get grapes and whether they can operate profitably – bearing in mind the price that raisins sell at and the cost of making them.

Thus, the grapes are allocated to their most beneficial use – where the demand and the cost are furthest apart – where profit is largest. Profit is a signal of serving customers successfully, not exploitation, as communists claim. It is a sign of creating value and a signal for where resources should be put to use for maximising the value of those resources.

More than that, profit is the invisible hand which Adam Smith wrote about.

The balance of production is constantly being adjusted for consumer desires and the underlying cost structure, not just within grape-related industries, but between all industries. Profit is what coordinates the allocation. And prices are the language of profit.

Communism and socialism don’t allow for private property or prices. Resources are just allocated by government decree. But nobody in government knows if the allocation is efficient – whether people want grapes, raisins, juice or wine. That doesn’t stop them from deciding, of course, but the decision is almost never optimal.

You can apply this thinking to energy too. With a crucial caveat. Unlike for grapes, everything is connected to energy…

If energy goes green, it affects the entire economy

Government policies related to green energy, like carbon taxes, green subsidies and approvals for energy developments, have created incentives which have diverged from the free market’s prices.

That’s not to say that energy has been much of a free market historically… but the added intervention motivated by green policies added divergence from what is most beneficial and efficient.

In other words, my problem with the environmental movement is that it is reminding me a lot of the socialist calculation debate.

In other words, the environmentalists are not trying to change consumer behaviour, which would allow the free market to efficiently rebalance the economy away from pollution.

If the government’s interpretation of climate science is what drives economic activity, and not consumer preferences and costs, more and more of that economic activity is likely to cease making sense.

That is because the calculations of costs and demand will become misleading. Prices will misdirect consumption and production into less productive uses.

For example, polluting industries will obviously be disproportionately affected by pollution policies. This will rebalance economic activity away from those activities. The economists of the socialist calculation debate would call this a malinvestment, because it represents an allocation of capital away from the free market’s equilibrium.

We’ve seen this play out in a myriad of ways. Germany’s Energiewende is the posterchild. The aim was to reduce the share of fossil fuels. It is considered by some as having been a bit of a failure in terms of that objective and in terms of the costs.

And so the goal was just changed – a classic communist twist. Suddenly, ten years in, the term “Energiewende” has become all about “the shift away from nuclear in favor of renewables” instead. But that new agenda, too, “is facing failure” according to Der Spiegel.

In Australia, the boom in solar panels on roofs triggered mayhem for the electricity transmission grid, which was built to work one way, while subsidies encouraged selling energy into the grid.

The proud owners of solar panels now face being charged for supplying power to an overworked grid. The government is seeking the ability to shut off their solar panels and there’s a risk of network faults. It was reported in July that the costs to upgrade the grid have blown out.

Green tech believers point to how cheap electricity is from windmills, just as communists might claim that food was free in Ukraine during Holodomor because nobody paid money for it…

The point is the misallocation, not the cost.

Green believers rightly point out that these are just teething problems. All changes require this sort of tumult. If consumer preferences changed for green energy, it’d involve some measure of confusion. But my point is that it is a change which is imposed by government, and not naturally emergent. And that difference is incredibly important. Here’s why…

The Austrian business cycle theory argues that central bank manipulation of the economy creates the boom and bust cycle. Central banks inflated the housing bubble with low interest rates, for example. As Paul Krugman argued in 2002:

To fight this recession the Fed needs more than a snapback; it needs soaring household spending to offset moribund business investment. And to do that, as Paul McCulley of Pimco put it, Alan Greenspan needs to create a housing bubble to replace the Nasdaq bubble.

And the Fed went on to do just that. These days, it’s back, creating both a tech and a housing bubble, at the same time…

I believe we can apply the same Austrian Business Cycle thinking to energy, given how energy is almost as influential in the economy as money.

The green movement reminds me of Krugman and McCulley in 2002. If government intervenes in energy, I predict a boom and bust cycle in energy prices, and thereby the entire economy.

That boom and bust will be the result of green tech and the desire to control the makeup and price of energy.

That means vast amounts of money will be made and lost, just as during the tech and housing bubble.

Each created vast misallocations of capital. But it’s important to note that a lot of money was also made in the boom. There is more on how you can be on the winning side of the trade below.

“Government: If you think the problems we create are bad, just wait until you see our solutions.”

That’s a quote from a parody motivational poster from Despair Inc, which my friends bought me years ago.

The green machine’s response to mucking up energy has been the same as the Russian communists’ when they collectivised farming and industry, and Chairman Mao’s after the Great Leap Forward. If it doesn’t work, just extend the policy to everything else in the economy to cover up the problems. Collectivise everything in the Soviet Union and launch the Cultural Revolution.

Today, the new plans are not to roll back green policies. That is because the green industry can now stand on its own two feet after two decades of the likes of the “Energiewende”.

Rather, the new plans are to make the rest of the economy subject to the same green demands as energy to try and close the circle (of absurdity, in my view).

Steel manufacturers, cement makes, lumber producers, miners and everyone else will be subjected to the same green mandates as energy in coming years. It seems even cows will face wearing masks to reduce methane output.

That’s the trend which my good friends and intellectual adversaries James Allen and Kit Winder plan to alert a select group of subscribers to later this week in their latest Beyond Oil Summit.

They’re not talking about cow masks specifically, but about the widening of the green agenda beyond energy and into… everything else in the economy.

The first two summits held here at Southbank Investment Research were about green energy and the revolution taking place there. We discussed shifts like electrification, hydrogen, solar and wind power – which have completely changed the energy makeup of the world.

But now, this trend is going to spread to the rest of the economy.

In Gold Stock Fortunes, I’ve jumped on the bandwagon by recommending a company which helps miners squeeze more ore out of their slag in environmentally friendly ways. Another recommended company is building a hybrid power plant in Africa to power its mine.

In other words, the good news is, whatever your opinion of the science, or of the government’s ability to implement policy based on science, there is money to be made in all this.

And, in my view, given the level of taxation we face, and the rising costs of a green revolution, making money off government debacles in the making is not just moral but part of financial survival. You’ll be paying the costs of the green revolution after all, so you might as well get the benefits while they’re on offer.