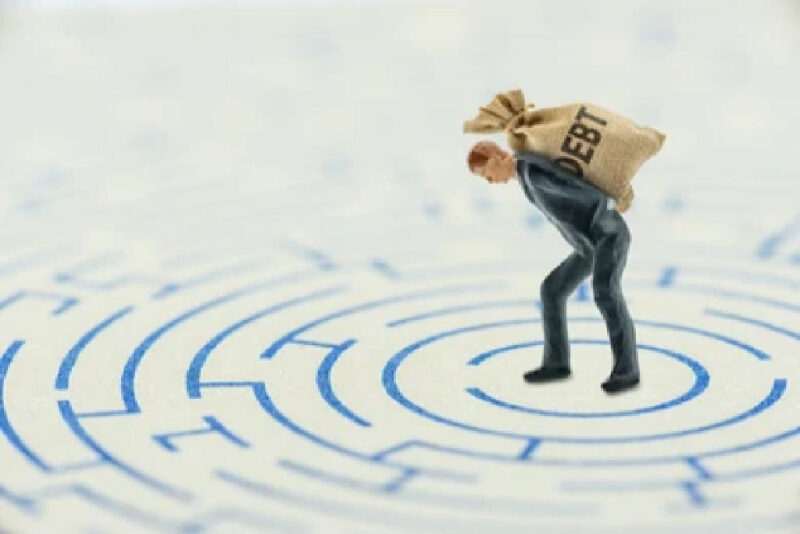 For many decades, people have warned about the impossible trajectory of government debt. And, with bond markets around the world wobbling, not to mention the UK’s one melting down for an afternoon, it might finally be too late to try to solve the problem.

Cue the politicians to finally take this seriously. They’re now looking to do something about it. Tax hikes are back on the policy menu.

But what could be wrong with that?

Well, quite simply, it’s too late.

The reason is fairly simple. We’re too reliant on borrowing ever greater sums of money. The system can’t handle anything else.

The problem with national debt is not so much that we have to pay it back. We don’t. Not these days. We can just borrow the money again from someone else. Or, often, from the same person. They call it “rolling over your debt”. You just borrow to repay your obligations.

This is especially easy with government debt, where, in the case of the UK, HM Treasury pays interest every six months and eventually the whole principal – the amount initially borrowed – comes due. As long as you can still borrow money on the day the principal must be repaid, the debt level can remain high.

The trouble with debt is also not about the interest either. You can always borrow more to cover that too. And few governments prioritise other payments over interest. So, it’s the elective spending of the government you should be worried about, not the interest bill.

The real issue is one of momentum, specifically the constant need to borrow more and more in order to create the illusion of economic growth.

You see, the presumption which makes high levels of government debt look affordable is that our economies will steadily grow: the idea is that this will, over time, make our debt load seem small.

A trillion-dollar debt doesn’t matter if your economy will be measured in the quadrillions in the future. Even if it’s a long way away, today’s trillion needn’t matter. We can just roll over the debt till then – until such time that the debt really is manageable.

This is the argument that keeps most bond investors in other countries from having the sort of meltdown we saw in the UK in the immediate wake of the mini-budget on 23 September. The fact that we did have the said meltdown is a bit of a hint that the underlying presumption is being questioned. But why?

Well, what if the last five decades of GDP growth in the West was itself built on borrowing more? In other words, was it the case that many governments’ ability to add an incremental amount of debt, which looked like GDP, but was really just borrowing, fooled us into thinking that our economic growth was somehow inherent? Inherent means that it would just continue, no matter what.

That presumption is baked into the economic models which say that our borrowing is sustainable because our economy can grow its way out from under a debt mountain.

Borrowing more and more might have looked like we were growing the economy, creating wealth in the form of home equity, or adding infrastructure for the future. And we were, in a sense.

But, and there usually is a but, this approach has clearly stopped working.

Debt-to-GDP-ratios are now at problematic levels in a long list of countries. That means that, by definition, debt grew a lot faster than GDP. A rather good indicator that borrowing more to goose your GDP isn’t a very good economic model for long…

Historical analysis shows that nations which get into as much debt as Japan, the United States, euro area nations and many more, don’t get out of it in a very nice way. Analyst Lyn Alden put it best:

‘Over the past two centuries, 51 out of 52 countries that reached sovereign debt levels of 130% of GDP ended up “defaulting” [within 0 to 15 years], either through devaluation, inflation, restructuring, or outright nominal default.’

Perhaps more importantly, the return of inflation has forced central banks to stop using ever lower interest rates to spur on new waves of borrowing and thereby more economic growth. That is not to mention hitting the “lower bound” of zero percent interest rates.

The old “Alan Greenspan needs to create a housing bubble to replace the Nasdaq bubble,” advice probably isn’t going to fly either. People must be getting sick of creating bubbles to try jump start the economy with more debt.

So, using debt to create more GDP is at an endpoint.

However, and this is my real point, if we stop borrowing more and more to try and get our debt under control, we will also lose that GDP growth which ever-increasing debt created. That is the same GDP growth that we relied upon in order to presume the debt was affordable in the first place, given enough time.

The point is not that the debt is too high. The issue is that the policy response to this situation of attempting to cut borrowing will make the economic growth which that the debt rested upon evaporate too.

Further, I suspect the lost growth will be a bigger problem than the interest bill or the debt itself. That is because it calls into question the entire debt load, not short-term issues like interest or repayments.

It’s like building a house of cards on a sleeping baby and pointing out that cards are a not an ideal building material. You’re missing the bigger issue which the whole house rests upon.

Let me put it another way. The more we try to solve the problem of too much debt by bringing down borrowing, the more we’ll undermine GDP too. And it was only GDP growth that made the debt plausible in the first place.

Throw in a bit of demographic decline and struggling productivity growth and you begin to realise that, not only is the debt unaffordable, but our economy will not make it to quadrillions in time to handle the debt we have now.

The only path out of this mess is one that generates spectacular GDP growth (without borrowing). We are talking about deregulation like you’ve never seen before, innovation that boosts productivity to the moon, and several other things that are incredible before breakfast.

The implications for investors are not very nice. Although, investors can set themselves up to profit from just about any financial scenario. But not many really do.

For decades, financial advisors have recommended what Germans call, “Augen zu und durch,” which means “eyes closed and through”. If a bear market in stocks and bonds slogs your retirement, you should just turn the other cheek.

But then this fellow came along, with a better idea. He wants to show you how it actually can work, on Wednesday at 11am.