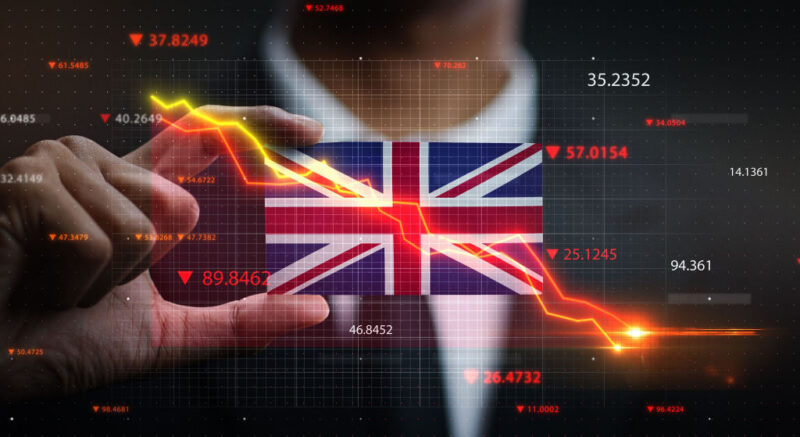 If you thought the inflation was bad, just wait. The consumer price spikes driven by our energy crisis could be eclipsed by a long list of other problems, triggered by the energy crisis, in coming months. Two of them have already begun in the UK, with the pound and gilts plunging in value.

No doubt you’ve heard this is all due to the government’s tax cuts. The thing is, they’re rather tiny. The £45 billion in tax cuts is dwarfed by the Bank of England’s target of £80 billion in gilt sales per year, and the £65 billion it recently promised to buy back again in order to stabilise the market, for example.

Still, after the humiliation of 1976, when Harold Wilson’s government had to seek financial assistance from the International Monetary Fund (IMF), it’s rather awkward to hear the IMF criticising the UK’s budget again. And the IMF is not alone. Everyone from Joe Biden to the Bank of England is giving the new government a hard time over its tax moves.

But I’m more worried about the underlying causes of why the pound and gilts plunged. After all, the pound is not alone in falling this year. And bonds all around the world have sold off too.

What’s happening in the UK, Sweden, Japan and many other wealthy and supposedly stable countries might seem familiar. But it usually happens to smaller and unstable developing countries.

Let’s start by explaining what happens in those countries’ crises first, before returning to how the energy crisis engulfing Europe is creating surprisingly similar conditions for developed countries there…

There’s a theory in finance that a government that borrows money in its own currency need never default. It can just print the money, after all.

Conversely, a government that borrows in foreign currency – usually the US dollar – can get into real trouble. It can’t print US dollars, so it might actually default on its debt.

And, historically, that’s what has played out. A lot of what made the Asian financial crisis so bad was that countries had borrowed in US dollars. The same has been true for Argentina’s regular financial disasters.

Why do countries borrow in foreign currencies in the first place, then? Because nobody is willing to lend them money in a currency they can print. Would you?

Well, I suppose you probably do so if you own UK government bonds. And hasn’t that been a lesson over the past six months? The 30-year gilt price halved while the FTSE 100 is only down a fraction as much…

Do you remember which one was supposed to be safe?

Throw in inflation and it has been a miserable year for bonds so far.

But – and back to the point – let’s focus on the risks faced by governments who borrow in foreign currencies they cannot print. Foreign currency denominated debt also adds exchange rate risk. If the US dollar rises against their home country currency, governments have to repay even more money in terms of their local currency.

Printing that local currency to purchase US dollars only worsens the exchange rate, and thereby doesn’t solve the problem. Indeed, markets tend to anticipate the need to print the local currency to buy foreign currency to repay the debt. And so the currency crashes in anticipation of this.

Now, let’s apply this same idea to the energy crisis…

Energy is remarkably like foreign debt for those who rely on energy imports. Buyers often need to pay for that energy in foreign currency because it must be imported. Usually, that currency is also US dollars.

You can’t just print money to buy the energy because it just devalues your exchange rate.

This basically means that continental Europe and Japan have vast US foreign debts in the sense that they must make vast US dollar payments in order to get the energy they need to run their economy.

And that is why the current crisis is so similar to an emerging market foreign denominated debt crisis. With so many of the same symptoms, like crashing currencies, crashing bond prices, wild monetary policies, and more.

Here’s an intuitive example of the idea: if you’ve been wondering why the price of petrol hasn’t come down as much as the price of oil, consider the drop in the pound to be part of the explanation. Our pound buys fewer US dollars, which are needed to buy oil.

That holds true unless we produce it ourselves, here in the UK, but we don’t.

After decades of laughing at and criticising developing countries for their poor grasp of economics, the Europeans and Japanese are now making all the same mistakes… with the same embarrassing consequences.

It’s particularly interesting to watch the policy response to the crisis diverge between nations.

We’ve got tax cuts in the UK and tax hikes in Spain, for example.

They’re trying loose monetary policy in Japan and the UK, but rapidly tightening in Sweden, with the result that all three of the currencies concerned have fallen at about the same rate year to date, and are among the world’s worst performers…

Since the crisis surrounding many pension funds that came to a head in the middle of last week, the Bank of England is buying government bonds: meanwhile, across the Atlantic, the US Federal Reserve is conducting quantitative tightening – selling government bonds and making a corresponding reduction to the overall money supply.

The UK is hoping to trigger a domestic energy boom while the Dutch are still busy shutting down gas production at Groeningen.

The Belgians and Germans are shutting down nuclear power while others look to revive it.

It’s like the pandemic. They’re all following the advice of their trusted experts and “the science”, but there is absolutely no consistency in terms of what the governments and their agencies are actually doing…

Within each nation, the doubters are dubbed outcasts, despite their policy points being perfectly mainstream in the country next door.

And the Europeans clearly haven’t learned their lesson when it comes to sabotaging their own supplies of crucial necessities. Having shut down a good chunk of their own energy production, thereby making themselves reliant on Russia for gas, the Europeans are now turning to Russian oil and Russian metals. Banning them, I mean.

The metals story is especially important because Europe’s own metal-producing infrastructure has been destroyed by the energy crisis, with smelters and steel producers shutting down. And now they’re going after Russian metal imports, which is only spiking metals prices…

It’s the same mistake they made with energy six months ago. And it will cause more inflation.

At some point, you’ve got to ask: what exactly is the European economy going to be doing in the future? If it doesn’t produce enough energy and can’t buy cheap energy, what will European industry look like? Having shipped its energy production capacity to Russia, will its industry follow next? Will the EU sanction Russian industrial goods when it does?

What will the value of the euro be based on? Cheap labour, perhaps…