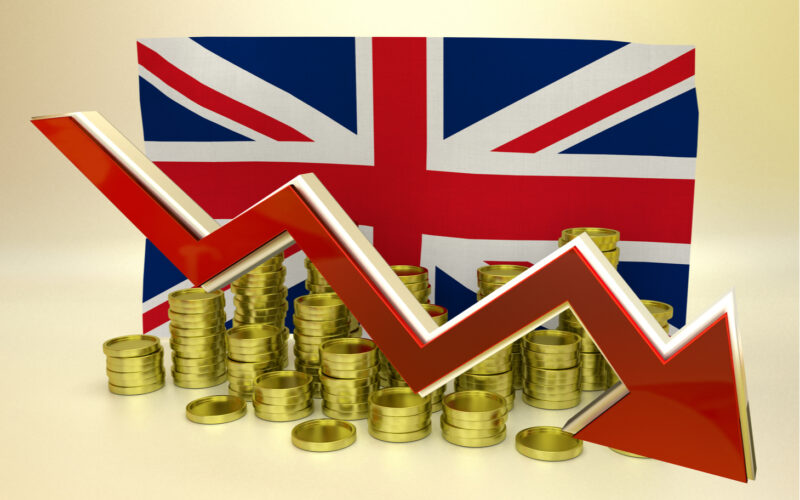 Inflation just keeps getting worse around the world. In the United States, the latest figures saw inflation hit a 40-year high. And the data going back that far is hardly comparable to that of today anyway.

But there’s something about inflation you need to understand, which I think the world is missing. Inflation is about a rate of change, not a once-off increase in prices. And this distinction could prove crucial in coming months.

Let’s explain the distinction with a metaphor first. Imagine being on an airplane that drops from 38,000 feet to 31,000 feet at a rather concerning pace. Does this mean you’ll continue to descend and eventually crash?

The initial descent doesn’t tell you the answer, does it? In fact, a plane that descends from 38,000 to 31,000 feet at a slower pace may be more likely to crash than one that does some sort of rapid emergency descent on purpose.

My point is that there’s a lot of room between 31,000 feet and anything hard you can crash into. To reach it, you need the rate of descent to steadily worsen and to persist. Persistence is the key issue when it comes to inflation too.

My question today is whether the inflation we’ve seen this year is of the temporary sort – a blip that then goes on to correct back to more normal levels of inflation as prices stabilise at 31,000 feet. Or whether the plane is going down with central bankers leaning on the joystick and the throttle, as they are now.

This distinction may seem unimportant. Price increases like the ones we’ve seen hurt. And gas and energy prices have indeed surged – as have many other cost of living measures. But is that really inflation?

It might be. But I’m not so sure. They might just be once-off jumps in prices that stabilise thereafter, not a steady rise that is expected to just keep going in the future. In other words, the problem might take care of itself.

Here’s a good example from the Telegraph: “Gas prices are set to stay high well into next year amid ongoing high demand and stretched supplies, analysts warn, in a blow to businesses and consumers.” This may seem inflationary. But it’s not, because it’s not a rate of change. It has already happened. Even if prices stay high, they’re not expect to keep going up.

When you get hit by a supply chain crisis, you’d expect prices to spike. In fact, I’d say such a price spike is a good thing. It’s the best way to bring more supply online as fast as possible via the profit motive, it rewards the hoarders who have been saving up their energy for a time like this, and it disincentivises using up the energy we do have. But that’s not a very politically popular position…

Let’s get back to the main point. If prices spike, but then remain steady at elevated levels, or even fall back to more normal levels, that’s not really inflation, is it? Because, even if prices stay high, they wouldn’t keep increasing. And inflation is a measure of change, not a measure of height. It measures the rate of prices increasing, not whether they’re expensive but stable.

Inflation is actually when prices spiral steadily higher in a persistent way.

Inflation is not because the stuff we buy with money is getting more expensive, but because money is becoming worth less.

The key difference is that inflation is a rate of change in the value of money. A once-off spike in lumber prices, for example, is about shifts and changes in the lumber market, and its supply chain.

In the period such a spike occurs, this gets registered as inflation.

But this isn’t a change that’ll continue and show up as inflation in subsequent periods. Prices rise and fall all the time for various reasons. And there’s nothing like a spike to trigger a subsequent decline, as we saw in lumber.

Such spikes are no more inflation than Black Friday discount sales are deflation. That is because things almost always normalise thereafter. Prices might stay high, or come down, but the point is that they don’t continue to go up indefinitely, as they can under inflation.

Inflation is a persistent and continuous devaluation of money that occurs constantly. It’s when prices don’t fall back down after they’ve surged, they just keep going higher.

In fact, price spikes like the ones we’ve seen in lumber, gas and used cars are more likely to make our inflation measures fall in coming months as the price spikes end. It’s the persistent and constant increases that give inflation away.

Yes, inflation could also be occurring. But the wild stories that the media is focusing on, and which are abusing the inflation data, happen to be about things that are not true inflation, even if they feel like it.

Of course, in a world of fiat money, meaning that the government decrees what is money and how much of it there is, you’d expect inflation over time.

Governments and central banks keep creating more and more money, with the result that its value falls. In fact, that’s entirely consistent with their mandate that inflation be around 2% inflation, depending on which country you’re in.

That’s true inflation – a constant devaluation of money over time.

What underlies all this is surprisingly simple in theory, but it gets mighty messy in practice.

Money is a good that is useful for all sorts of things – saving, buying, transacting, earning and more. It derives value from being useful. And the demand for money is based on how much people need to do whatever they’re doing with their money.

The supply of money is determined by the central banks, by governments and by banks. Let’s not dig into that too much yet.

The value of money, then, is determined by all these factors. For example, in Japan, where prices tend to fall over time, holding money is rather popular. So, the demand for money is high. People in Japan like to use cash. As do Germans, a nation that is paranoid about inflation and used to have a famously strong currency.

In Argentina, people try to get rid of their money as quickly as they can by buying things. If they don’t, their money becomes worth less every day because of inflation. So, we say the demand for money is low.

One of the dangers of inflation is that, once it kicks off a little, demand for money falls as people avoid holding it. They buy things instead. Those things include property, cryptocurrencies and the many other things you’ve seen spike in price over the past few months.

But this worsens inflation. Thus, a small amount of inflation can trigger a lot more.

But the real story, in the end, is all about supply. Because the demand for money is, to a great extent, about whether we believe its value will hold up. And so it’s the supply that’s the key variable. Because, as with every other good, more means it’s worth less. Thus, even though water is a staple of life, it’s very cheap where there’s a lot of it and very expensive where there isn’t much.

This is what makes bitcoin so attractive to people who like to talk about all this theory. Its supply is limited, so its value should rise over time. That is, of course, depending on demand for that form of money.

The thing is, there’s nothing like inflation in our fiat money to increase demand for a currency that cannot be created out of nothing…

Just as bitcoin’s key design feature is its limited supply, so too can other cryptocurrencies be designed to have design features that solve other problems.

And, just as bitcoin has rewarded early adopters, those who can figure out which monetary features will become important in the future, and invest in the cryptocurrencies which make them possible, will also be rewarded.

According to long-time crypto-expert Sam Volkering, those reward for these three crypto-currencies will be rather large…